Musa Aman was indeed a very frustrated man after his evil plan to topple Chief Minister Shafie Apdal failed spectacularly. It was the last fireworks for the month of July after former Prime Minister Najib Razak was pronounced “guilty” by the High Court in relation to all the 7 charges of money laundering, corruption and criminal breach of trust (CBT) in the SRC International trial.

Thanks to Shafie’s decisiveness, the state did not collapse like how the Pakatan Harapan government fell. After Muhyiddin’s backdoor federal government, people were relieved that Sabah did not become yet another backdoor state government. If the disgraced PM Muhyiddin or the despicable UMNO wants Sabah, they have to fight for it – in the 16th Sabah State Election.

Fortunately, Sabah had approved in July last year the additional of some 13 seats in the state. Therefore, unlike the 60 elected and 5 appointed seats configuration in the 65-strong assembly in the 2018 General Election, the coming state snap election will see 73 state assembly seats up for grabs. That means the landscape has changed and the extra untested 13 new seats could swing either way.

The snap election’s results would be some sort of referendum to show people’s disgust over excessive and dirty politicking in the country. The message behind Governor Juhar Mahiruddin’s consent to the dissolution of the state assembly, paving the way for a snap election instead of giving in to Musa’s demand to be crowned as the new Chief Minister, cannot be underestimated.

Not only the Head of State had expressed his disapproval of Musa’s candidacy, but also his displeasure over defectors switching sides at the sight of tens of millions of Ringgit on the table. It would be interesting to see if the traitors, at least 13 of them, would be fielded by the Perikatan Nasional coalition. To name and shame them, below are some short profiles and photos of the 13 traitors.

A former Paginatan assemblyman, Abidin Madingkir was one of two UPKO assemblymen who switched sides after UPKO acting president Wilfred Madius Tangau held a press conference in May 2018 to announce the party’s decision to leave the defeated Barisan Nasional coalition and form a coalition government with Warisan. 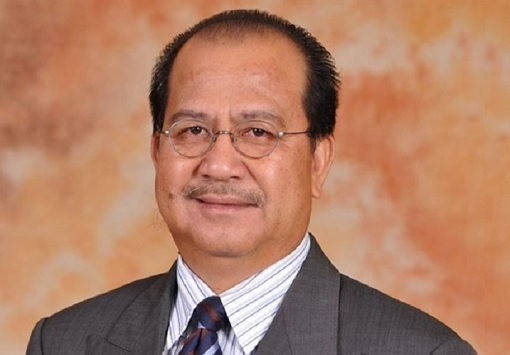 On July 30, 2020, Abidin, a vice president of UPKO again switched his allegiance, but to former Sabah Chief Minister Musa Aman. The party eventually sacked him for betraying the Sabah state government led by Shafie Apdal. With UPKO’s Supreme Council decision to sack the traitor, the party is left with  one elected representative – Ewon Benedick (Kadamaian).

A former Kuamut assemblyman, Masiung Banah joined Warisan in December 2018, just 25 days after he left UPKO. On June 25, 2020, after Muhyiddin Yassin toppled his own Pakatan Harapan government to form the backdoor Perikatan Nasional government, it was reported that several “suspicious-looking” cars, believed to be police, had been “spying” at Masiung’s apartment. 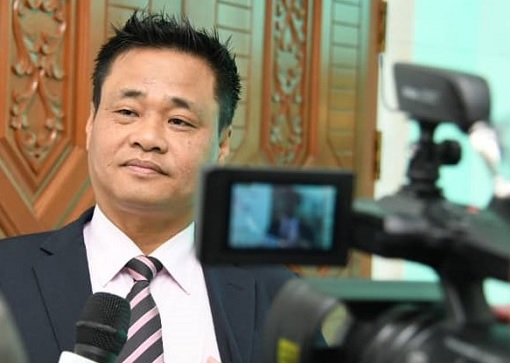 A month later in July, a team from the Inland Revenue Board (IRB) headquarters in Kuala Lumpur raided the home of Masiung, a former UPKO vice president. The authorities took photos but did not seize anything, but obviously it was a harassment and intimidation to force Masiung to defect. Since then, 3 more Warisan assemblymen had claimed that they too were visited by the income tax officers.

A former appointed Sabah assemblyman, Ronnie’s unexpected support for Musa Aman in an attempt by Perikatan Nasional under the backdoor Prime Minister Muhyiddin Yassin to topple the Warisan-led Sabah government was a great betrayal to DAP. When news spread that Ronnie had switched sides, DAP immediately expelled him from all positions in the party. 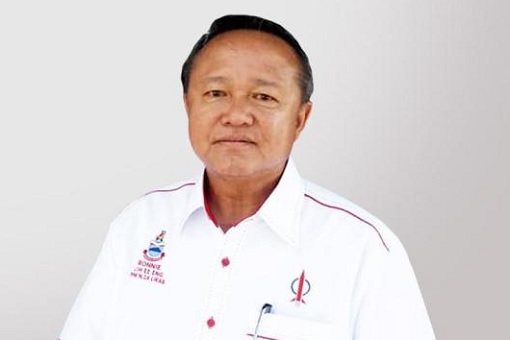 A week before the despicable power grab, Sabah DAP leaders held a press conference in a move to show solidarity for Chief Minister Shafie Apdal leadership. Ronnie Loh, DAP’s state treasurer, was not present. Prior, DAP had attracted criticism from opposition for supporting Loh as a nominated assemblyman because he was a permanent resident, not a Sabahan. Yet, the ungrateful Ronnie betrayed his own party.

A former Inanam assemblyman, Kenny Chua was one of two PKR representatives in the Shafie’s previous government, which has since been dissolved after the coup. During the 2018 General Election, PKR contested nine seats in GE14 and won two – Inanam and Api-Api. Kenny was State Finance Assistant Minister under (former) Chief Minister Shafie Apdal. 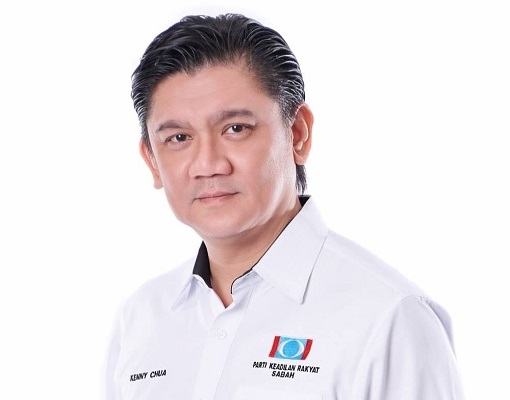 Chua, prior to the rumours of him betraying his own party and government, had repeatedly denied the prospect of him jumping ship. Even on July 23, a week before the coup to topple his own Sabah government, Kenny lied – “I have an SD (statutory declaration), but it is with Chief Minister Shafie Apdal. I am loyal to PKR president Anwar Ibrahim and have no intention of leaving (the party).”

A former appointed Libaran assemblyman, Jaffari William  had, on Feb 28 this year, quit PKR (Parti Keadilan Rakyat), citing a loss of confidence in party president Anwar Ibrahim. Mr. Jaffari was aligned with Azmin Ali, former deputy president of PKR who betrayed his own party and together with 10 MPs, defected and joined the backdoor government of Muhyiddin. 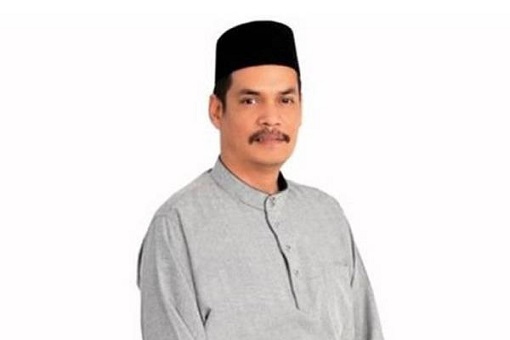 Instead of being grateful for his appointment as an assemblyman under the PKR flag, Jaffari sold his valuable vote to the crooked Musa Aman. However, considering his support for Azmin, it’s not rocket science as to why the former PKR Libaran chief betrayed Shafie Apdal – birds of the same feather flock together

A former Balung assemblyman, Osman Jamal joined Warisan on March 4, 2019. He claimed that he had been an independent assemblyman since leaving UMNO nine months prior to joining Warisan. However, when asked why it took him so long to decide to join Warisan, Osman said it was due to personal reason which he cannot reveal. 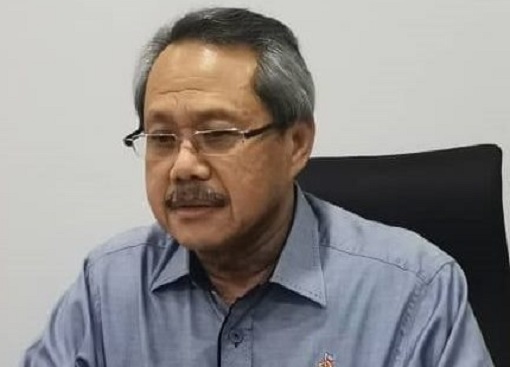 Revealing that he had actually applied to join PKR, but did not get any formal approval from the party, Osman said – “Yes, I applied to join PKR last year (2018) but only on February 24 was I informed by a Sabah PKR leader that my application was approved. By that time I have agreed to join Warisan so I told them it was too late.”

Last month, the assemblyman was criticised after people in the Balung state constituency in Tawau held a peaceful demonstration due to frustration and dissatisfaction over the Ranggu bridge project’s delay. Protesters also claimed that there was no progress since the wooden bridge was demolished end of last year (2019). However, Osman denied the concrete bridge was facing any delay.

A former Tempasuk assemblyman, Musbah Jamli joined Warisan party on Jan 25, 2019. When he was accepted to join Shafie Apdal party, he said – “I felt that after becoming an independent, the platform I would join is Warisan. I feel that Warisan, being a local party in Sabah, wants to fight for the rights of the people of Sabah, which is why I decided to join it.” 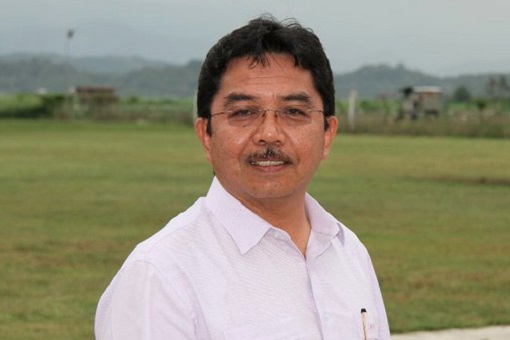 Musbah was the first one among those who quit en masse (Dec 2018) when 9 state assemblymen and 5 MPs quit UMNO, claiming a loss of confidence. Initially, Musbah said that he and his ex-UMNO comrades had at first been keen to join Parti Pribumi Bersatu Malaysia (PPBM) but he later decided against it.

A former Pitas assemblyman, Bolkiah Ismail was present at a press conference on May 2020 to show support for Shafie Apdal. He was one of four Sabah Barisan Nasional (BN) elected representatives who have aligned themselves to the Warisan-Pakatan Harapan coalition in early 2018, just days after the stunning defeat of BN federal government in the 2018 General Election. 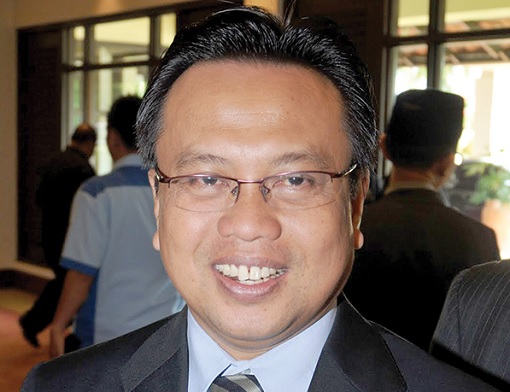 Interestingly, Bolkiah, a former member of UMNO, was appointed a full minister for a very short period when Musa Aman was sworn in as Sabah Chief Minister on May 10, 2018, only to be stripped of the crown after Shafie Apdal was stunningly sworn in 48 hours later on May 12 that same year. Pitas, just 3 hours from Kota Kinabalu, is one of the poorest districts in the country.

A former Tanjung Batu assemblyman, Hamisa Samat was one of the earliest UMNO defectors who hopped to Warisan just after the 2018 General Election. In fact, she was not embarrassed for being called a frog after her betrayal 2 years ago, saying – “As the saying goes ‘if you don’t want to be washed away by the waves, don’t build your house by the sea’”. 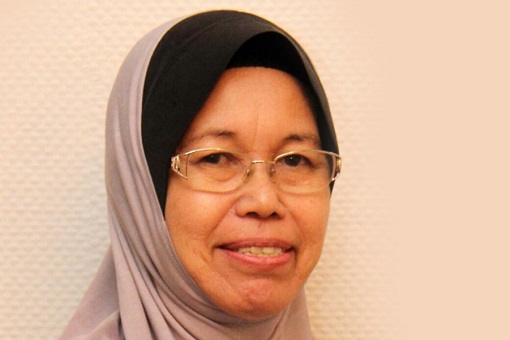 An UMNO member as early as 1992, Hamisa claimed that her decision to cross over to Warisan was for the good of the people – “If our leaders leave, leaders are only one person but the people, many are waiting for us. I made the decision for the people. Not to chase after position.” Of course, the shameless traitor who didn’t mind being called a frog had jumped again 2 days ago – but into a 40 meters deep hole.

A former Sebatik assemblyman, Abdul Muis Picho was one of the earliest UMNO defectors who jumped to Warisan just after the 2018 General Election which saw the collapse of the Barisan Nasional regime after 61 years in power since independence in 1957, the same year Muis was born. He was a former special officer (2013-2018) to former Deputy Prime Minister Ahmad Zahid Hamidi. 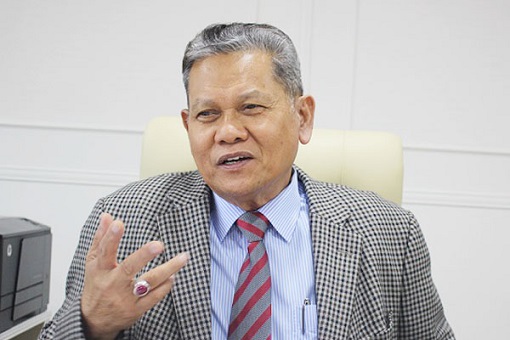 Having actively involved in UMNO politics since 1992 before the party’s stunning defeat, Abdul Muis was subsequently named the Infrastructure Development Assistant Minister in the Shafie administration. He used to say that he ventured into politics because he wanted to struggle and fight for the people.

A former Sukau assemblyman, Saddi Abdul Rahman quit UMNO in August 2018 and became an Independent representative, with an intention to join Chief Minister Shafie in December 2018. The three-term assemblyman claimed he decided to join Warisan as he felt that the party was the right platform in championing the rights of Sabahans according to the Malaysia Agreement 1963. 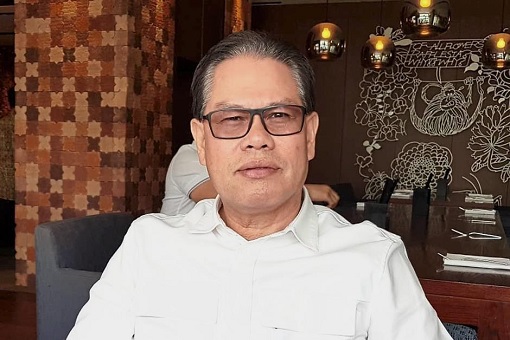 Mr. Saddi said – “I am joining Warisan without expecting any positions in the party or in the State Government. I met Shafie in his house to discuss. My priority and utmost concern are the wellbeing of the people, especially the grassroots in my constituency, who are in need of physical development.” He wanted to make Sukau a developed district by 2020. Instead, he jumped ship in 2020.

A former Tandek assemblywoman, Anita Baranting became  the first PBS (Parti Bersatu Sabah) elected representative to quit the party and joined Warisan on March 6, 2019. The two-term assemblywoman was not only known to be close to PBS president Dr Maximus Ongkili, but also had been with the party since its inception 34 years ago. 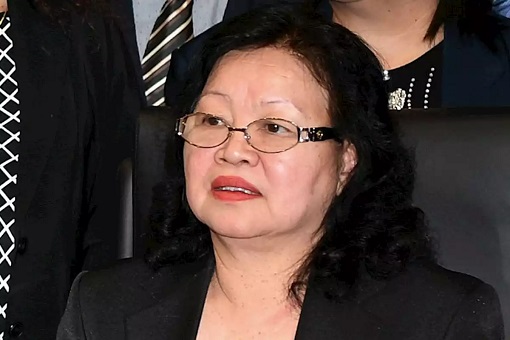 Anita claimed that she made the decision to join Warisan after almost 6 months of observing the party’s direction and the people’s acceptance of the party. Clearly, Shafie Apdal did not expect a former PBS loyalist would betray his government so soon after she ditched her own party despite spending 34 years.

A former Labuk assemblyman, Abdul Rahman Kongkawang left his party – opposition PBS (Parti Bersatu Sabah) – to join the ruling Parti Warisan Sabah led by Shafie Apdal on Sept 27, 2019. During a press conference to announce his defection, he insisted it was not for personal gain – “My decision was difficult as it is with sadness that I leave PBS. It is not for personal gain.” 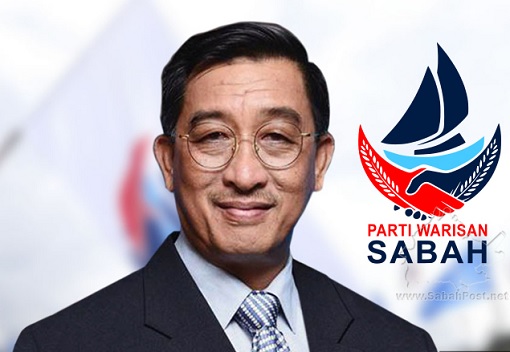 As speculation continues to swirl that the assemblyman was about to jump again in June 2020, Abdul Rahman Kongkawang – the son of PBS founding member Kongkawang Panglima Kulang – denied he will be leaving Warisan. But as the saying goes – once a frog, always a frog.