But even the 57-year-old turned from feisty to fearful when she recently took a swab test for the coronavirus after travelling to Australia for work.

Yeoh, who lives with her French partner, International Automobile Federation chief Jean Todt, 74, has been under lockdown in Paris during the pandemic.

On July 17, she revealed on social media that she was heading to Sydney for work and posted a photo of herself wearing a face mask, face shield, goggles and a hat at the airport. 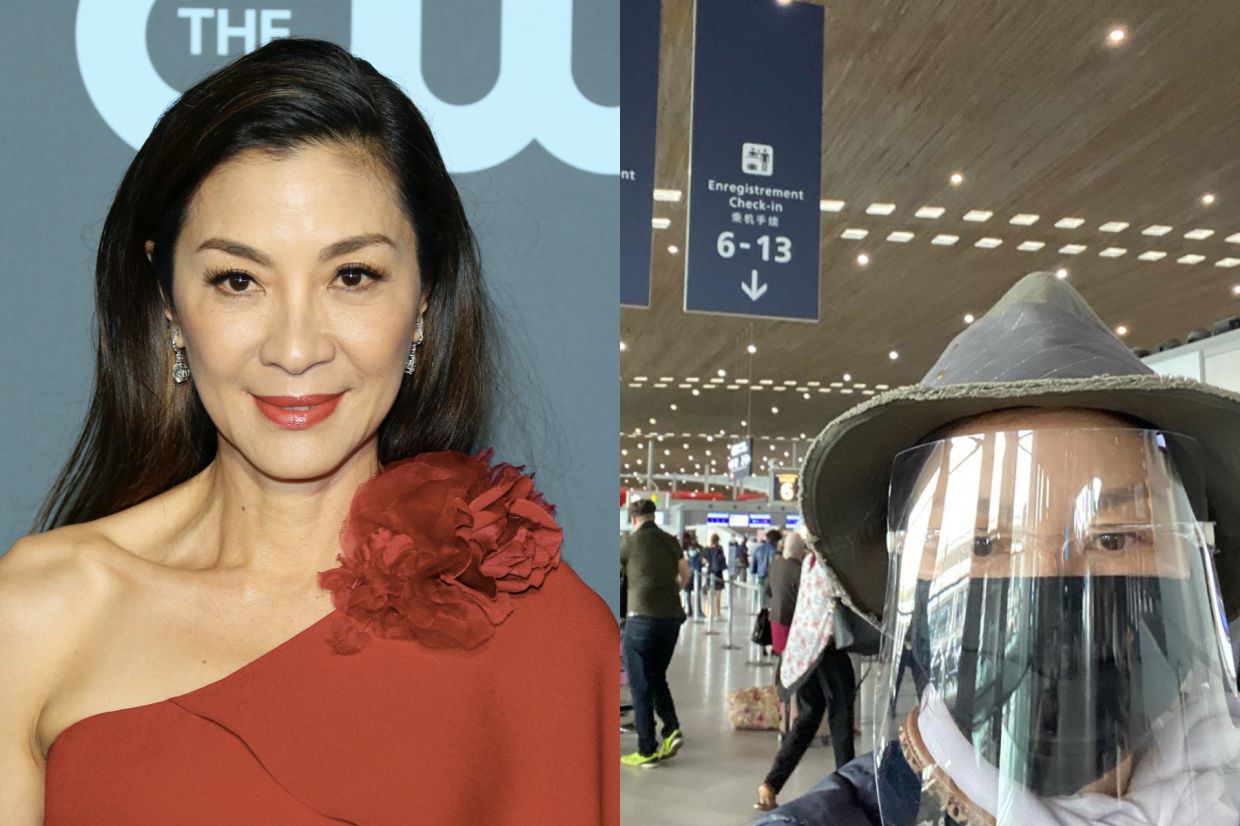 In another post on July 21, she said she was drinking red wine in the Australian city to deal with jet lag. She added that she would be dealing with her upcoming Covid-19 swab test like Emperor Georgiou, the character she played in TV series Star Trek: Discovery (2017 to present) and Eleanor, the tough mother she played in the movie Crazy Rich Asians (2018).

On Wednesday (July 29), she posted a photo of her undergoing the nasal swab, with her face grimacing in pain.

“2nd test, sorry so wimpy,” she wrote, adding that she had four more days left to her quarantine.

The post was accompanied by a photo of a sumptuous meal which included chilli crab with mantou. – The Straits Times/Asia News Network