He said the appointments of Ariff and Nga were made legitimately and there was no reason for a change.

“In this parliamentary sitting, we must strongly defend the position of the speaker and deputy speaker who have been chosen legitimately and then use the time as MPs to defend the people’s rights,” he said in a Facebook video today.

Ariff, who was appointed speaker after the 2018 general election, has confirmed that Prime Minister Muhyiddin Yassin had submitted a motion for his removal.

Anwar also urged his allies in Pakatan Harapan to stay the course and not to shift from their principles in their desperation to regain power.

Don’t be so desperate that we keep shifting, says Anwar

“Don’t be so desperate that you would hang on to a fragile branch that would then stab you, just as what happened before,” he said in what appeared to be a thinly-veiled dig at Dr Mahathir Mohamad, as he spoke about “resigning at a whim without referring to anyone, causing us to be in disarray, going against our principles and manifesto.” 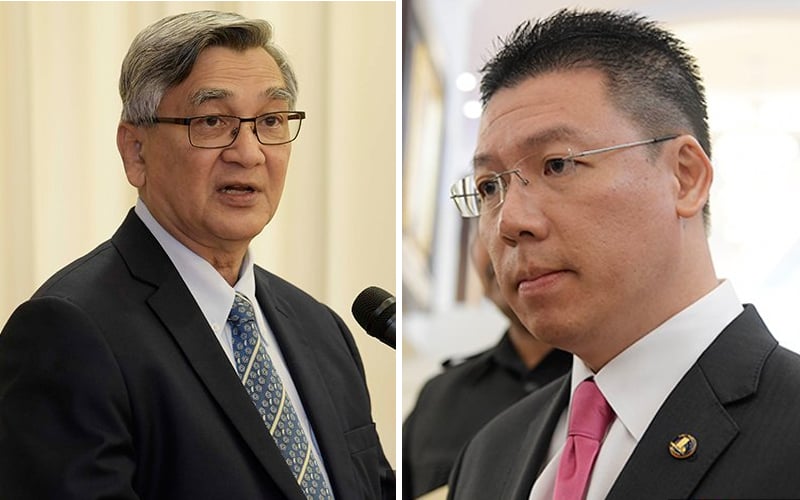 Anwar, who is PKR president, denied that PH was divided over the choice of the coalition’s candidate to be prime minister. He said Amanah and DAP had never questioned the people’s mandate in the 2018 elections, including the promise for a transition of power.

“This should not be made an issue that would affect our relationship, although sometimes at the lower levels there are some attacks (between PH parties), I hope this can be stopped because this is disturbing our stand in PH.

“PKR has stated our view, but what’s more important is to return to our original struggle. We can’t continue giving ourselves up, getting dragged here and there, with splits and fights, then choosing a candidate at a whim. That’s not our way in PH,” he said.

His remarks appeared to be a reference to a proposal that PH nominate Warisan president Shafie Apdal as the coalition’s choice to be prime minister candidate.