KUCHING: The Sarawak government is not interested in getting involved in the tussle for the prime minister’s post, says Datuk Patinggi Abang Johari Tun Openg.

“We are focusing on development. To me, the post of prime minister is secondary,” he told reporters after performing the earth-breaking ceremony for the proposed Jalan Sungai Maong-Segedup project here on Tuesday (June 30).

He said however that there was a need for a stable federal administration.

“What we need is a stable government at the federal level because we are facing a lot of challenges, including Covid-19 which is not over yet,” he said.

Abang Johari said a focused leadership was needed to manage these challenges, including the current economic challenges.

“So why quarrel about becoming prime minister? It is Tan Sri Muhyiddin Yassin’s turn now to be prime minister, why get involved in the post,” he said.

In his speech earlier, Abang Johari took a swipe at those who were “quarrelling” to become the next prime minister.

“Even my name was dragged in. Apparently there were people who wanted to meet me. But what is the purpose of wanting to meet me? We just want to focus on developing Sarawak. That’s all we want to be involved in.

“We don’t get involved in the politics of the other side. We concentrate on development in our urban and rural areas,” he said.

It was previously reported that PKR president Datuk Seri Anwar Ibrahim tried to meet Abang Johari earlier this month to rally support to become the next prime minister but was snubbed by the Chief Minister.

On a separate matter, Abang Johari said the state government would proceed with the Batang Lupar, Batang Igan and Batang Rambungan bridge projects that it took over from the Federal Government after they were put on hold by the previous Pakatan Harapan administration.

He said this was because asking the new Federal Government to review the deferment of the projects would take time.

“We have the funds, we have committed to the projects and we will proceed with them so there is no delay. But since we have taken up these projects, we may ask the Federal Government to give us more funds for other projects,” he said. 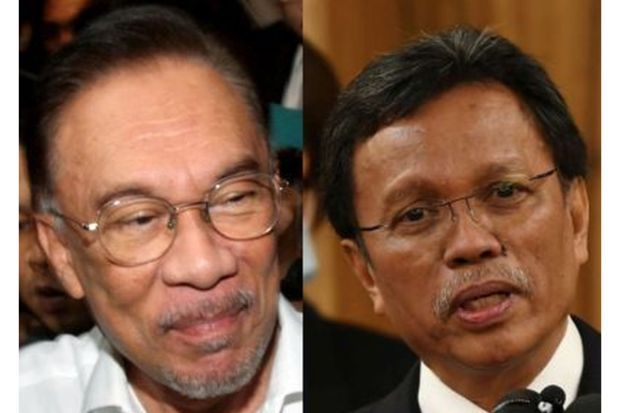 KOTA KINABALU: Sabah PKR chairman Datuk Christina Liew is torn between Datuk Seri Mohd Shafie Apdal – who could be the first Sabahan to be prime minister – and her political boss Datuk Seri Anwar Ibrahim, as Pakatan Harapan’s candidate for the post.

Liew said all Sabahans felt honoured with the possibility of a Sabahan or Sarawakian being prime minister but added that Anwar was the designated Pakatan Harapan prime minister candidate “all the time”.

“It has been more than half a century and we finally have a Sabah leader with the qualities to lead the nation.

“Shafie is an experienced administrator at both Federal and state levels.

“He is a man of vision and mission. As Sabahans, we are happy to see this happening, ” Liew said during an evening discussion over Facebook hosted by Conan Teo on Tuesday (June 30).

Liew, who is also Sabah Deputy Chief Minister, said that as a Sabahan, she personally welcomed the proposal for Shafie to be nominated prime minister as she believed that many Federal-state issues could be resolved with a Sabahan at the helm at Federal level.

Liew also said that Anwar was equally qualified and capable for the prime minister’s job.

“PKR, DAP and Amanah and also Sabah PKR have been consistent in supporting the choice of Anwar,” she said.

Describing the issue as an internal dispute within Pakatan, Liew hoped the national coalition would resolve the matter and make clear its choice of candidate for prime minister.

Liew, the Sabah Pakatan chairman, said she hoped that both DAP and Amanah would decide on the new development and bring it to the Pakatan council and make a final decision.

“I’ve been communicating with Anwar and we (Sabah PKR) are waiting for component parties at headquarters level to make a final decision,” said Liew.