Against the backdrop of Seri Paduka Baginda Yang di-Pertuan Agong’s “royal address” in Parliament yesterday, the three pieces of news (above) paints a very clear picture. And today’s press release by Parti Pribumi Bersatu or PPBM (see below) completes what was being whispered in the corridors of power these last three months.

To make a long story even longer (as I am so fond of doing), Tun Dr Mahathir Mohamad threw in the towel after the Pakatan Harapan council meeting of 21st February 2020. In fact, that particular meeting practically cracked Pakatan Harapan into two (retak menjadi belah) and sealed its fate and future (meaning it no longer had any future).

And that is the reason Mahathir merajuk and resigned as the prime minister or PM7. All the other reasons he gave are nonsense, as the evidence now shows.

Then PPBM had their 23rd February 2020 meeting and it was decided that the party would leave Pakatan Harapan and team up with other Malay-based parties — basically meaning Umno and PAS or Muafakat Nasional. 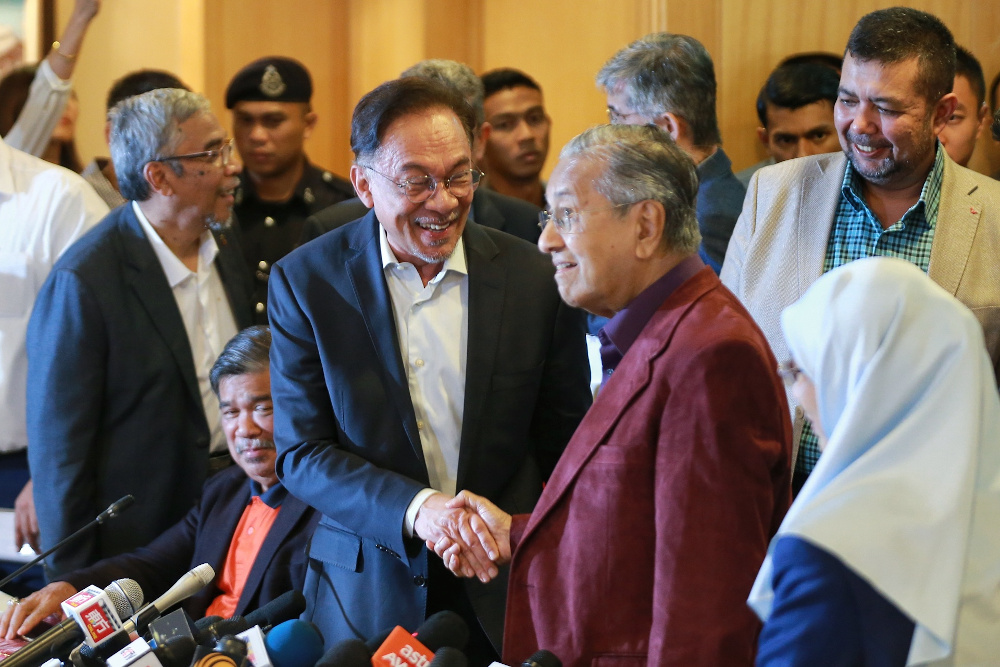 No more pretending, it is now a fight to the death

Mahathir then had an audience with His Majesty the Agong and His Majesty tried to persuade Mahathir to withdraw his resignation. Mahathir, however, refused and was adamant on resigning.

His Majesty then appointed Mahathir as the interim prime minister while His Majesty sorted out the pengganti or PM8. His Majesty then met up with 220 of the 222 members of parliament (two were overseas) and interviewed them one-by-one as to who they support as PM8.

From that interview it was apparent that the majority supported Muhyiddin Yassin so, on 1st March 2020, Muhyiddin was sworn in as PM8.

Mahathir snubbed the Agong and refused to withdraw his resignation

So, what’s the big deal? Why all this talk about stealing the government, backdoor government, rakyat’s mandate, and all that nonsense? What happened is as clear as daylight. And everything was done according to the Federal Constitution of Malaysia. Are Pakatan Harapan people born idiots or did they learn at school how to become idiots?

Anyway, the more important questions is, what’s next?

Anwar Ibrahim knows he is not going to become prime minister or PM9 unless he can collapse the Perikatan Nasional government. But under the current scenario that would be very difficult because Mahathir, Azmin Ali, Umno and PAS do not want to touch Anwar with a ten-foot pole (hence Anwar only has DAP, PAN and part of PKR).

That is why Anwar is pushing to dissolve parliament to make way for GE15 around October 2020 or so. And that can only be done if they can table and pass a vote of no confidence against the government in the July 2020 session of Parliament.

But Anwar must first decide whether PKR will be part of Pakatan Harapan (which means DAP and PAN) or part of Perikatan Nasional (which means Barisan Nasional, PAS and PPBM).

So, get ready for GE15 in five months or so from now, if Anwar gets what he is wishing for. And for Perikatan Nasional (especially Muafakat Nasional) that may be good as well. The October 2020 GE15 would be a good opportunity to wipe out Anwar (and gang), Mahathir (and gang), DAP and PAN once and for all and bury them for eternity. So, bring it on!