Two days ago (March 23), Senior Minister Ismail Sabri Yaakob confirmed what many people have been suspected – the police was still tracking down about 3,800 members who attended a “Tabligh” religious gathering that had taken place at a Sri Petaling mosque – Masjid Jamek – in Kuala Lumpur from February 28 and March 1. The rally was attended by an estimated 16,000 people.

On March 15, Malaysia was stunned when a record was created in new Covid-19 cases – a whopping 190 new patients. That roughly matched the typical 14-day incubation period of the virus. Neighbouring countries – Singapore, Brunei, Vietnam, Indonesia and the Philippines – have all reported new Coronavirus cases traceable to their citizens who participated in the religious event.

As feared, the massive gathering has transformed the country as the epicentre of Coronavirus in the Southeast Asia region. Today, the death toll reached 19 people with 1,796 confirmed infected cases. But just 4 days ago, the four-day religious “Tabligh” event had contributed only 714 cases (out of 1,183 cases) in Malaysia – 60% of the total – and at least 840 across Southeast Asia. 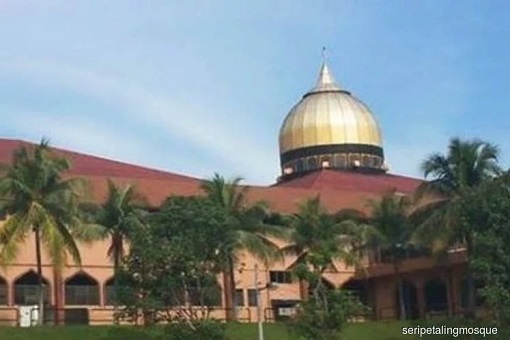 Yesterday (March 24), out of 1,624 confirmed cases, a whopping 986 cases were linked to the religious gathering – 60%. That means the participants consistently contributes about two-thirds of the Covid-19 cases in the country. Therefore, it’s of paramount importance that the authorities use whatever means necessary to get the “stubborn” Tabligh members for screening.

Ismail Sabri, who is also the Defense Minister, claimed the police had a list of the names of all the tabligh members, including 1,500 foreigners. He said – “These 3,800 tabligh members are not only Malaysians but also Rohingyas and illegal immigrants. They (illegal immigrants) do not have to fear coming to hospitals for the health screening even if they do not have travel documents.”

If it’s true that the police already have in their possession of all the names of the members, why is it so hard to track them down as if those religious fanatics are more skillful than terrorists in evading the authorities? It has been more than 3 weeks since the gathering ended on March 1 and 19 people have died, but the authorities appeared to be powerless against them. 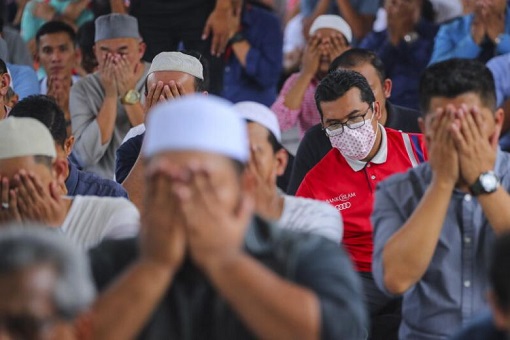 Instead of worrying about the high-risk targets of religious members who potentially could spread the virus, the police have been busy blowing their trumpet about declining crime rate and the number of arrests of MCO (movement control order) defaulters. The authorities should stop pussyfooting and start treating the “missing” religious members as a threat to national security, no?

In fact, the matter was so critical that even Selangor Ruler Sultan Sharafuddin Idris Shah had also urged participants who had attended the tabligh event at the Sri Petaling mosque, but who were still stubborn by not getting tested, to come forward to be diagnosed. Are the police trying to be soft on them because it involves the sensitive issue of religion?

To make matters worse, the Muhyiddin government is now facing the issue of distrust from the Rohingyas and illegal immigrants. That’s because they do not have travel documents. Exactly how could the illegal immigrant trust that they would not be blacklisted for deportation at a later stage upon surrendering to the authorities for health screening? 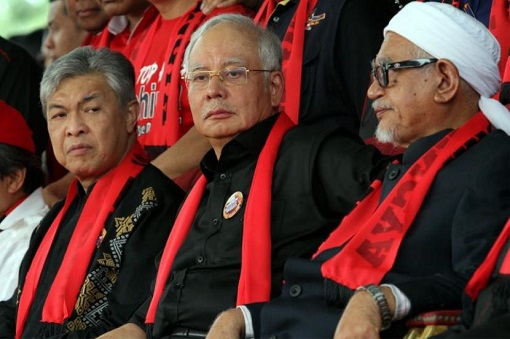 Amusingly, the massive influx of Rohingyas and illegal immigrants into the country started during the era of the previous Barisan Nasional (BN) coalition, who has now returned to the federal government after Muhyiddin launched a coup to topple his own government and invited the corrupt BN regime together with extreme Islamist party PAS to form the backdoor Perikatan Nasional government.

Perhaps the incompetent government has overlooked a common factor that regardless whether they were Malaysians, Rohingyas or illegal immigrants, all of the participants at the Sri Petaling’s event were there due to religious reason. Therefore, why don’t Hadi Awang, president of Islamist party PAS, plays his influential role to convince the 3,800 tabligh members to surrender?

Yes, Hadi Awang appears to have become a fisherman after he failed to get any minister portfolio in Muhyiddin’s Cabinet. As the leader of the powerful Islamist political party that commanded the support of 2-million Malay-Muslims, how difficult could it be for Hadi Awang to issue a fatwa (edict) to compel tabligh members to go to the nearest screening centre? 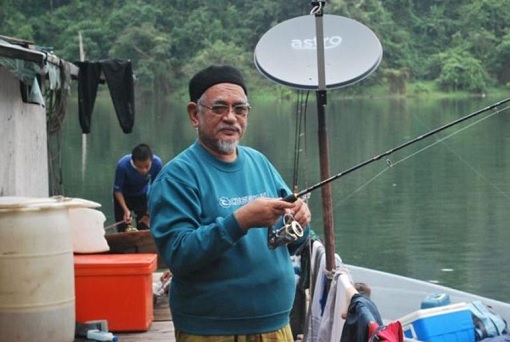 Mr. Hadi has been as quiet as a church mouse since the explosive outbreak of Coronavirus traceable to the religious gathering in Kuala Lumpur. As part of the backdoor Perikatan Nasional government, it’s strange that Hadi hadn’t helped to persuade tabligh members to do the right thing, considering the extremist leader had previously played the religious card to achieve his goal.

Was Hadi Awang sulking after PM Muhyiddin Yassin refused to appoint him as the deputy prime minister? Perhaps the holy man was powerless himself since he could not explain why a sacred place like a mosque could become the epicentre of Coronavirus. Too bad DAP is no longer in the government, hence the Chinese-dominated party cannot be blamed for the pandemic.

But even without Hadi Awang, Prime Minister Muhyiddin Yassin could easily use Indian Muslim hate preacher Zakir Naik to rally the stubborn tabligh members to come forward to be screened for the virus. After all, supporters of Zakir claimed that the Islamic icon has converted hundreds of millions of people to Islam. That speaks volumes about how powerful Zakir Naik is. 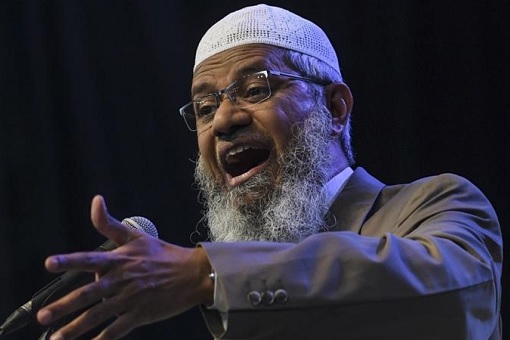 Surely a talented preacher like Zakir could cook up some self-made rhetoric – even warning from the God – that if the tabligh participants still refuse to be screened, their 72 virgins will be forfeited. That would certainly scare the heck out of the stubborn members. It’s hard to imagine why Rohingyas and illegal immigrants cannot fully trust a great Islamic icon like Zakir Naik.

Mr. Zakir Naik, a permanent resident of Malaysia has previously said the Malaysian Chinese aren’t born in the country so they, as the “old guests”, must go back to China first before he (the “new guest”) can be asked to leave. The fugitive preacher had also questioned Malaysian Hindu’s loyalty to former PM Mahathir. And Mahathir had continued to harbour and protect him.

Yes, where are the holy men like Hadi Awang and Zakir Naik when the pandemic-plagued country needs them the most? We don’t need them to explain why mosques and Muslim countries are not protected from the virus. We just need them to persuade, sweet-talk and convince the potential virus carrier to surrender so that they can be tested and quarantined (if infected). 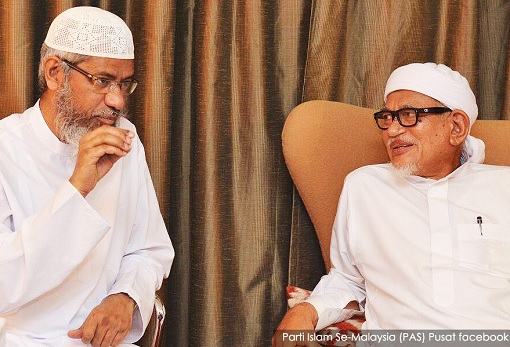