PETALING JAYA: Top leaders of PPBM are currently meeting at the party’s headquarters here amid intense expectations of a political realignment which could see the end of Pakatan Harapan in its current composition.

Just minutes away from the PPBM meeting, PKR leaders aligned to deputy president Mohamed Azmin Ali are preparing to meet at the Sheraton Petaling Jaya hotel.

Among nine PKR leaders spotted at the hotel were Zuraida Kamaruddin, Saifuddin Abdullah and Rashid Hasnon.

Zuraida and Saifuddin are part of the Cabinet while Rashid is the deputy speaker of the Dewan Rakyat.

RELATED STORIES: MCA – THE NEXT WEAKLING AFTER EX-BN ALLY GERAKAN – TO RUSH TO BOOTLICK MAHATHIR: KA SIONG SAYS TO MEET DR M OVER TAR UC GRANT – NO SHORTAGE OF PARTIES FOR AZMIN CARTEL TO JUMP TO NOW

THE END OF HADI’S ‘ISLAMIC BROMANCE’ WITH MAHATHIR? PAS RUSHES TO DROP ITS MUCH-RIDICULED ‘CONFIDENCE MOTION’ – ‘ALL WE WANT IS POLITICAL STABILITY,’ IT NOW CLAIMS – BUT WHO WILL PROMISCUOUS PAS SLEEP WITH NEXT?

‘CAN YOU LEAVE IT TO ME TO DECIDE… IF YOU TRUST ME, YOU WILL LET ME DECIDE’: FOOLISHLY OR NOT, ANWAR & CO GAVE DR M ANOTHER CHANCE AFTER PAKATAN DEADLOCK – YET AZMIN CARTEL & ITS MEDIA PLANTS ARE ALREADY TRYING TO IMPLY ‘FINANCE MINISTER’ GUAN ENG & MAT SABU WERE ‘DISLOYAL TO DR M’ – WHEN IT WAS ONLY KHALID SAMAD URGING DR M TO BRING ANWAR INTO THE CABINET

A NEW GAME BEGINS – FROM BACKDOOR TO FRONT DOOR: IT’S TRUE MAHATHIR DIDN’T HAVE THE NUMBERS – AND YET ANWAR, DAP & AMANAH DID NOT CALL HIS BLUFF – BUT CAN THEY REALLY BE SO STUPID NOT TO ANTICIPATE A BERSATU ‘PULLOUT ULTIMATUM’? ALL EYES ON THE NEXT ‘SHADOW PLAY’ IN ALREADY POLITICALLY UNSTABLE MALAYSIA – WILL PAS & UMNO, WHO ARE ACTUALLY HOLDING MAHATHIR TO RANSOM WITH THEIR SUPPORT & NOT THE OTHER WAY ROUND, SWING FROM ‘CONFIDENCE’ TO ‘NO CONFIDENCE’ MOTION IN BID TO TRIGGER SNAP GE, STILL THE BEST AVENUE FOR THEM TO GET TO PUTRAJAYA? 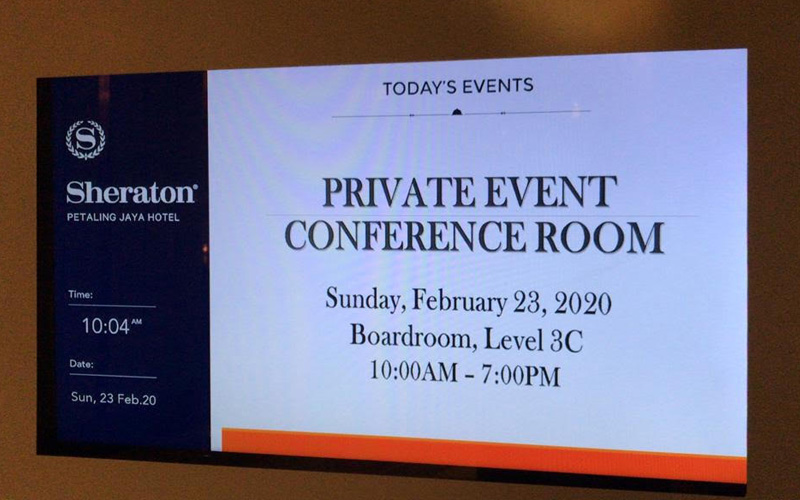 PPBM chairman Dr Mahathir Mohamad is scheduled to arrive at the Sheraton later today after chairing his own party meeting.

“The meeting by PPBM today is more than routine party discussion,” a source with access to the inner circles of PPBM and PKR told FMT.

FMT has also been made to understand that a crucial decision will be made by PPBM today “which could even see the party ditching its current partners” to form a new coalition.

It cannot independently verify the claims.

Tension has been building in Pakatan Harapan, as PKR, DAP and Amanah leaders stepped up pressure on Mahathir to fix a date for handing over power to PKR president Anwar Ibrahim

Today’s development comes less than 48 hours after a midnight press conference on Friday, in which a visibly stern Mahathir declared that he was still in charge, and that PH partners had given him the trust to remain as prime minister for as long as he wanted.

The new alignment would bring together forces aligned to Mahathir with the clout that PAS holds in the northern Malay heartland.

PH was formed in 2015 by PKR, DAP and Amanah following the break-up of Pakatan Rakyat, which previously united then opposition parties PAS, PKR and DAP.

In 2016, the coalition got its fourth partner, PPBM, formed by Mahathir after a split in Umno. The grouping proved effective in mobilising public support in the wake of public disenchantment with the Najib administration over the 1MDB scandal, culminating in the historic defeat of Barisan Nasional in the 2018 elections.