This is a Press Statement from the Prime Minister’s Office which I am reproducing in full. (Because I dont want to taste any free food in any lock up).

Ok I have done my civic duty.  Now I have a question. The Prime Minister’s Office clarifies Dr Mahathir’s views  :  “only if the money goes to individuals that it becomes a bribe. If it is not for personal benefit then it is not a bribe in his view“. 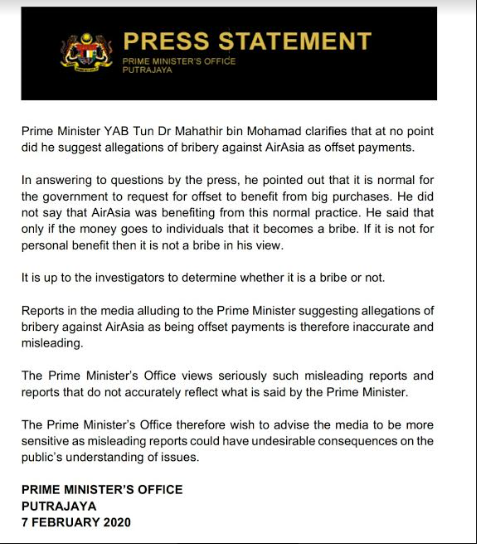 Huh?  Like that also can ah?
So if the politician in a powerful government position accepts some offset payments but he says “Dont pay me. Please contact the treasurer of my party and make the cheque payable to my party’s name” then is that ok?
It is NOT for personal benefit. It is for the benefit of the political party. So it is not a bribe?
Ok here is something from history. This person here is the late Dato Harun Idris, former MB of Selangor. 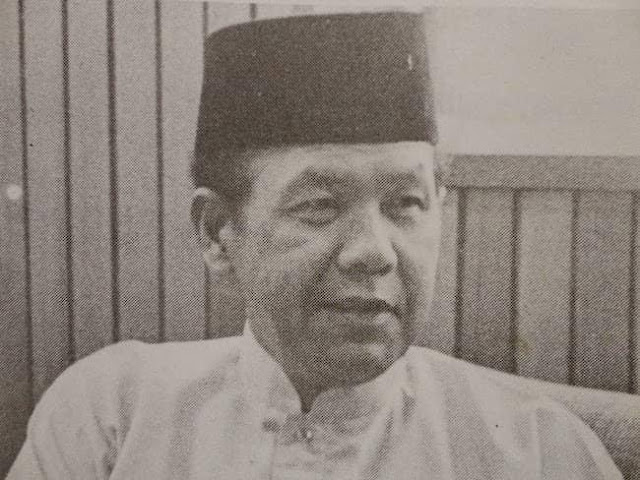 The person who sent this picture to me also included this caption :

In the 1970s, Selangor MB Datuk Harun Idris was convicted and jailed for corruption. He was accused of accepting a bribe of RM250,000 for approving state land to a foreign bank. Actually, it was Umno Selangor that received the money and not Harun but he still went to jail for this ‘offset’ payment.

It is obvious that in the 1970s the was a different clarity about what was a bribe and what was an offset.