PUTRAJAYA: Visiting Pakistan Prime Minister Imran Khan today said he would not miss the next Kuala Lumpur Summit if there is one planned.

Imran was reportedly pressured by Saudi Arabia to skip the KL Summit held late last year, as Riyadh disagreed with Dr Mahathir Mohamad’s move to hold the gathering claiming that it would undermine Muslim unity.

Imran today said he disagreed with such a claim.

“Now it is evident that the summit was not to divide the ummah. The results from the KL Summit are far from it. If anything, it was to unite the ummah.

“So of course I would love to come,” he said after a meeting with Mahathir here.

In December, Imran announced a eleventh-hour cancellation of his trip to attend the KL Summit, in what was believed to be the result of diplomatic arm-twisting of the cash-strapped South Asian nation which has received billions of dollars in Saudi aid. 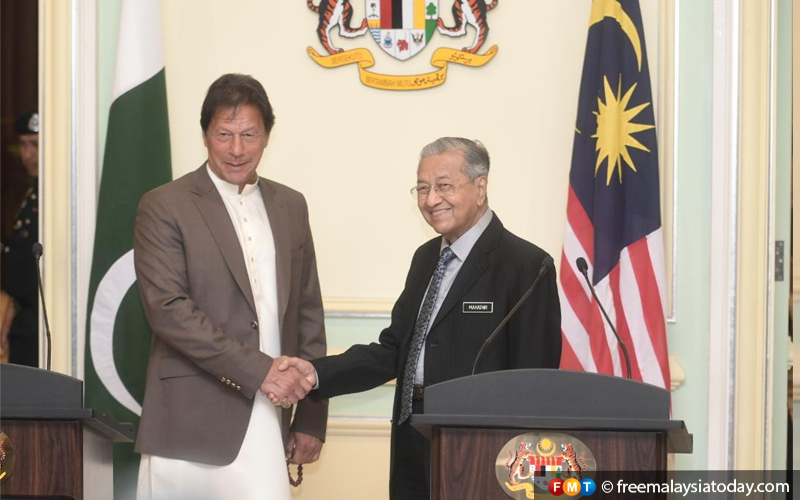 Imran said they noticed that India had threatened to cut their imports of palm oil from Malaysia over Putrajaya’s stance on Kashmir.

“But Pakistan will do its best to compensate for that,” he told reporters after meeting his counterpart Dr Mahathir Mohamad here today.

India is the largest importer of Malaysian palm oil, making up 28% of total palm oil exports.

In 2018, India bought close to RM7 billion worth of palm oil and palm-oil based products from Malaysia.