As more than a billion Chinese around the world were about to celebrate the 2020 Chinese Lunar New Year, the world was shocked by a fast-growing epidemic in China. So far, at least 132 people have died and 5,974 people infected from the deadly new virus – Coronavirus – in China alone. The new virus, which carries the scientific name “2019-nCoV”, has spread to about 18 other countries.

The number of Coronavirus cases in China is now higher than that of SARS (5,327 SARS cases between 2002 and 2003). It took more than 6 months for the SARS cases to breach 5,000 in mainland China. The Coronavirus, on the other hand, has taken about a month to climb past 5,000 cases. This could be due to the timing of the outbreak, which happened just before the Lunar New Year holiday.

But the death rate of the latest virus is lower than SARS. At the same time, the Chinese National Health Commission also reported that 103 people have been cured. Even though scientists in Australia reportedly have recreated a version of the virus in the lab, Swiss pharmaceutical giant Novartis warned that a vaccineis at least 1-year away. 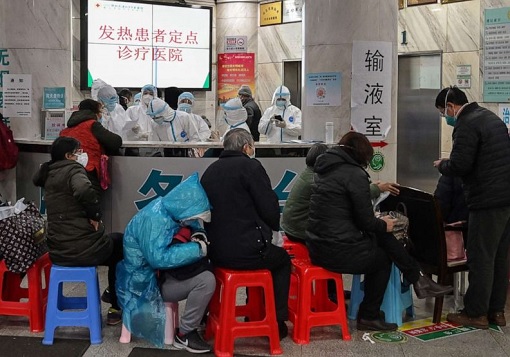 Very little is still known about the virus. It got its name from its crown-like spikes on their surfaces. They infect mostly bats, pigs and small mammals. And they can mutate easily, jumping from animals to humans – even from a human to another human. It’s because they can infect a human from another human that makes the virus so infectious worldwide.

The outbreak is widely believed to have originated in an illegally traded wildlifeand seafood market in Wuhan, China, which sells exotic live animals including bats, rabbits and marmots. However, it has been established that 13 of the first 41 hospitalised patients who had confirmed infections had no link to the marketplace. So not all of the cases were linked to the market.

In the earliest case, the patient became ill on 1 December 2019 but had no reported links to the now-infamous Huanan Seafood Wholesale Market.Reports from Chinese health authorities and the WHO (World Health Organization) had also revealed the first patient had symptoms on 8 December 2019 – suggesting that the first human infections must have occurred in November 2019 (or earlier). 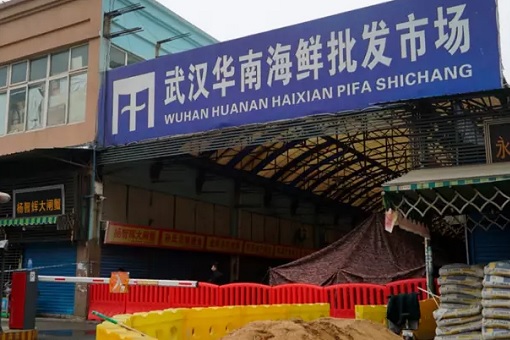 That’s because of the incubation time between infection and symptoms developing. It was also interesting to note that the 41 patients count had remained the same from 11 January until 18 January. According to the medical journal “The Lancet”, China most likely knew that the epidemic did not originatefrom the seafood market.

Therefore, it’s possible that the virus has spread silently between people in Wuhan – and perhaps elsewhere – before the cases exploded. It was like the MERS (Middle East Respiratory Syndrome), a viral respiratory disease caused by a novel coronavirus (MERS‐CoV) that was first identified in Saudi Arabia in September 2012 and spread to several other countries, including the United States.

However, subsequent studies and investigations had traced the virus back to an earlier hospital outbreak of unexplained pneumonia in Jordan in April 2012. So like MERS and SARS (which erupted in China in 2002 and spread globally in 2003), the latest coronaviruses are a family of viruses that cause illness ranging from the common cold to more severe diseases. 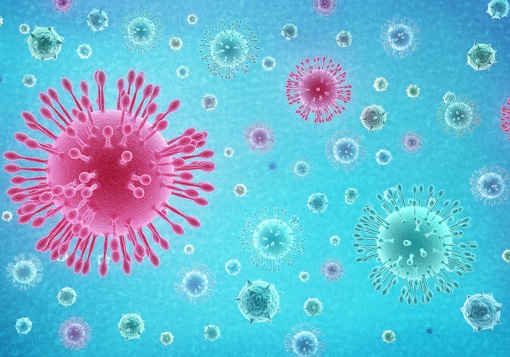 These viruses were originally transmitted between animals and people. SARS, for example, was believed to have been transmitted from civet cats to humans while MERS travelled from a type of camel to humans. While the incubation period of the Coronavirus remains unknown, sources said it could be between 10 to 14 days.

Clearly, the best practice is not to trade or consume wild animals, the primary source of the outbreak. Most have blamed China for the epidemic. Global financial markets, as well as tourism sector and even crude oil prices have been hit. Foreign countries have started pulling their citizens out of Wuhan, the city at the epicentre of the virus outbreak.

Analysts from Nomura believe the economic impact of the Coronavirus could be bigger in comparison to SARS which struck China in 2003. As a result, China’s real GDP growth plunged by 2% back then. Despite the current crisis, however, the analysts quickly pointed out that the Coronavirus may be only a temporary shock.

While the death toll is expected to continue to rise, most of the cases are contained in China. Sure, China is the source of the outbreak. But the Chinese authorities appear to have shown they were more proactive than during the SARS outbreak, putting in measures to stop the spread, including quarantining several major cities and canceling some Lunar New Year events.

Travel restrictions have been imposed on a number of cities in Hubei province. The Chinese government has also closed temples, the Forbidden City and part of the Great Wall. An army of excavators was rushed to prepare the ground to build a new 1000-bed hospital within 10 days. In total, 17 cities surrounding the Hubei province were on lockdown, affecting 56-million people.

While the government drew widespread criticism, international experts have credited China for promptly sharing the genetic sequence of the virus as well as demonstrating greater transparency than during the SARS crisis. The Chinese government took four months to disclose the 2003 SARS outbreak after its first initial discovery. This time, Beijing took over a month. 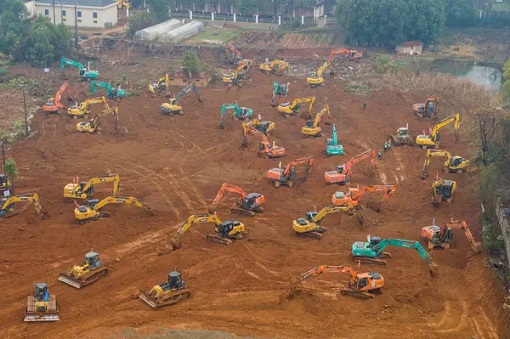 Beijing has been accused of trying to cover-up negative news, due to fear of undermining economic growth and destabilising society. In general, however, people have criticised the Wuhan government for playing down early warning signs, to which it has apologised. Eventually, President Xi Jinping took command and ordered an “all-out efforts” to contain the virus.

Mark Parrish, regional medical director of Northern Europe at International SOS, said – “It appears to be very well contained. The Chinese have done some extraordinary things, identifying the virus and its molecular structures and then instigating those quarantine measures in China, where they have shut down these huge cities and stopped all movement. It’s come at a really bad time of the year.”

Parrish also said that the death rate in the latest epidemic was relatively low compared to other Coronavirus outbreaks. SARS saw a 10% death rate, and MERS was deadlier at a 35% death rate. Even at 3% death rate, those who have died as a result of the latest Coronavirus were mostly elderly  or have other illnesses such as diabetes. 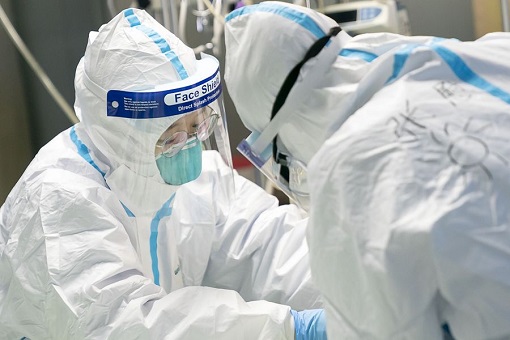 “It appears though that the death rate remains at about 2% to 3%, it seems to be very well contained at the moment, Putting it into perspective, 100 deaths or so, so far, all in elderly people and those that have other co-existing diseases unfortunately. And those are the ones that are most likely to be affected by this as their respiratory systems find it difficult to deal with these things,” – said Parrish.

Like it or not, China could drag its feet, and try to deny the existence of the epidemic for as long as it could, like the SARS outbreak. It could irresponsibly let its infected citizens travel around the world. Although it was a bit late, Beijing has chosen to control the outbreak at an industrial scale and suffers the economic impact. China’s GDP this quarter may suffer as much as 3%.