KUALA LUMPUR ― There is not enough data to suggest that blanket travel bans against Chiense nationals will be effective in containing the spread of the Wuhan virus, medical practitioners and health advocates have explained amid an uproar among some Malaysians.

According to them such a plan will likely not be effective, with Malaysian Medical Gazette managing director Dr Khoo Yoong Khean saying that it is “almost impossible to contain any disease in this day and age” considering how well-connected the world is now.

“So far there is no evidence that travel bans work for 100 per cent containment… some predictive modelling says it helps only to delay,” Dr Khoo told Malay Mail.

The healthcare administrator added that travel bans can instead create a sense of unnecessary panic and actually make containing any disease more difficult.

This follows the move by several nations to restrict entry of Chinese nationals, especially those from the city of Wuhan and its surrounding areas in the province of Hubei, following the outbreak of the novel coronavirus (2019-nCoV).
In Malaysia, the government has also temporarily banned residents from the Hubei province and  Wuhan from entering the country by suspending all available visa programmes facilitating their entry here.

But there has also been public pressure to impose a total ban on Chinese travellers into the country, including an online petition urging Putrajaya to do so. 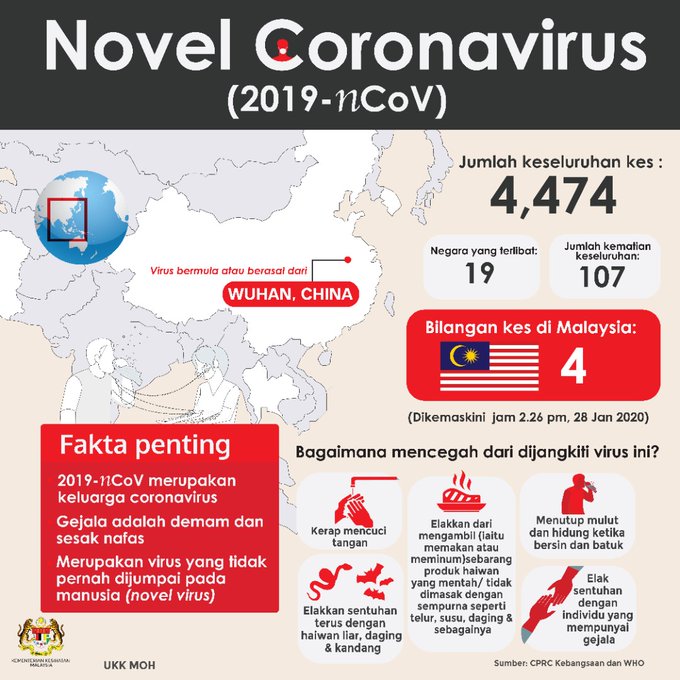 552 people are talking about this
“While travel bans might help to delay or ‘buy time’ in a particular area, the other effects could be worse, for example, there will be unnecessary panic and illegal border crossings will happen no matter how we try to stop it.

“This will make contact tracing even harder and we will potentially miss these patients until it is too late,” Dr Khoo said.

“So, while it may help to buy time, what is more important is authorities ensure a robust screening method, sufficient support for those affected and open communications with the global community. When there is more information available, governments can pitch in resources and expertise to find a way to stop the outbreak,” he said.

Malaysian Medical Association president Dr Ganabaskaran Nadeson said a travel ban is the prerogative of each respective nation, but may not be effective.

Instead, Dr Ganabaskaran urged the government to increase more preventive measures such as thermal screening at the airport and suggest that each person take better care of their personal hygiene.

“Things like screening at the airport and monitoring are preventive measures which need to be done more. If you ask me, the travel ban is not helpful to anybody.

“This happened a while ago, and of course people were travelling then. But the incubation period is over. Right now, even if you ban people, it is not effective,” he said, referring to the outbreak.

“Preventive measures and personal hygiene are very important to prevent these kinds of diseases,’’ he added.

While the fear of contracting the virus is a valid concern, Dr Ganasbaran suggests that “we have to live with it” while keeping vigilant and take necessary precautions.

Meanwhile, Galen Centre for Health and Social Policy chief executive Azrul Mohd Khalib also agreed that travel bans are ineffective as the pathogen had already spread via other mediums.

“Public health experience and epidemiological evidence from previous outbreaks of coronavirus, for example, SARS and MERS, tell us that travel bans simply will not work for this type of viral infection.

“Viruses, bacteria or pathogens do not recognise national or political borders. The coronavirus has already moved rapidly across the globe, thanks to air travel and the holiday season,” he said.

The mayor of Wuhan, Zhou Xianwang, said in one report that five million people had already left the city before travel restrictions were imposed.

“Travel bans don’t work because they usually come too late. The ban was put in place after many people had already left Wuhan to other cities and countries, so it already had a chance to spread,” said Azrul.

“Travel bans convey a false sense of security implying that the population would be protected. However, the decision to impose the travel ban was inevitable as public pressure on the Malaysian government manifested itself in more than 350,000 people signing a petition calling for a ban on travellers from China.

“The Malaysian public appeared to not be interested to hear whether or not such a move would be effective in preventing the disease, but wanted reassurance by closing the door into the country to that group of people,” he added.

Azrul was referring to the online petition claiming there was an urgent need to prevent Chinese nationals from entering the country due to the recent outbreak of 2019-nCoV.