A massive Malaysia flag are displayed at Plus building opposite NKVE highway for independence month this August. I use camera Canon 40D with shutter speed 1/60, f/22 and ISO 200. (METRO BACKPAGE)
The following is a to and fro between Bugis Dayus and Guan Eng.


Then in 2004 under Badawi another 8-year extension until 2038.
Now in 2020 under Dr M the PLUS toll extended by another 20 years to 2058!!
The original toll concession should have ended in 2018 – TWO YEARS ago.
But they extended it by a total of 20 years. Until 2038 !!
What did they do to deserve a 20 year toll extension?
They added another lane on the Penang Bridge.
They added another lane along sections of the highway.
But does that warrant a 20 year extension of the toll?
Just like now there will be 18% discount on tolls with no further increments.
But they have extended the toll by another 20 years – until 2058 !!
Does an 18% discount warrant another 20 year extension?
The historians have written that when Attila the Hun died his followers stopped the flow of the huge Danube River. Then they buried Attila’s body along with his treasures under the river bed and then let the river flow again. So that no one would find his body and loot his treasures.
I suspect the Huns must have waited for the dry season when the river was at its lowest and used coffer dams to divert a part of the Danube River. 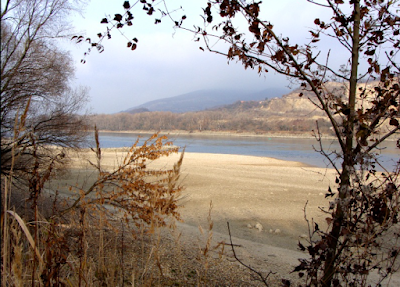 The mighty Danube in the dry season (in Austria)


Maybe one day they can do the same with the PLUS Highway.