Kelantan is not only the poorest state (GDP per-capita) in Malaysia, but also had the highest number of HIV and AIDS cases in the country. The so-called “Corridor of Makkah” where its state leaders are all “ulama” depends heavily on the federal government for everything – from money for development expenditure to even loan to pay the salary of its civil servants.

When the state government, ruled by the PAS Islamist party, was questioned about its incompetency, the religious ulamas would blame the federal government for not paying oil royalty. But the state of Penang, ruled by DAP Chinese-dominated party, did not have a drop of oil yet it was the nation’s third richest state. Like the Arabs, PAS could only think about easy money without lifting a finger.

When mocked for being the “Corridor of AIDS”, the ulamas would conveniently blame neighbouring Thailand, where drugs and prostitutes were easily available across the borders. But isn’t Kelantan governed by the Pan-Malaysian Islamic Party (PAS), supposedly a conservative Islamic party that should have forbidden its followers from homosexual and heterosexual activities? 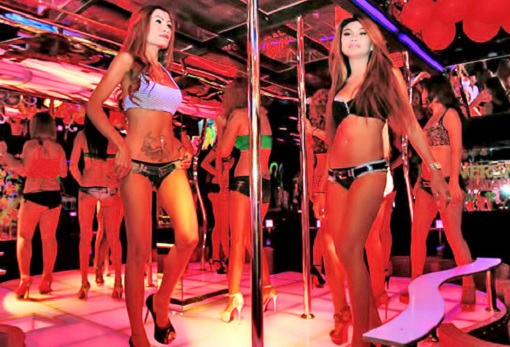 When PAS was exposed of having failed to pay its own civil servants, and that the PAS-ruled Kelantan was the highest debtor with RM388 million unpaid outstanding loans, the humiliated ulamas rubbished Finance Minister Lim Guan Eng’s claim. Heck, they even accused Lim of being anti-Malay and anti-Islam. They immediately kept quiet when proof (a letter requesting loan) was shown.

When PAS president Hadi Awang was ridiculed and mocked for secretly taking RM90 million bribes from the previous corrupt regime, he bragged that the Islamist party could easily raise RM100 million if each member donated RM100. Yet, the PAS state government could only collect a pathetic RM3.2 million – over a period of 5 years of crowd-funding – in a failed attempt to build a 10-km expressway on its own.

Now, when it was exposed that the PAS-led state government had purchased a luxury Mercedes-Benz sedan – S450L AMG – a model with a retail price of RM699,888, with an option to choose it with the designo paint option for RM705,888 (on-the-road without insurance and before sales tax), the fake ulamas suddenly have some silly justifications.

The extremely lucky man who gets to enjoy the 367-horsepower turbocharged super luxury car which could accelerate from 0 – 100 km/h in just 5.4 seconds is none other than Menteri Besar (Chief Minister) of Kelantan – Ahmad Yakob.Bearing registration number “DV 1”, a source said the Mercedes from its flagship S-Class family was “quietly” bought last year.

As the extravagant purchase went viral on social media, the Kelantan Menteri Besar’s Office defends the acquisition decision. The chief minister’s office argued – “For the record, the state government’s decision to replace official cars for the state leadership was made through a statement by the deputy Menteri Besar as far back as Sept 12, 2018.”

True, the issue of Mercedes was already exploded in Sept 2018. But back then, it raised eyebrows only after Kelantan Pakatan Harapan chief Husam Musa exposed and criticised PAS for splurging a Mercedes-Benz E250 for the state secretary – Nazran Muhammad – despite the state’s poor financial health. Had Husam not exposed it, the PAS government would have kept quiet. 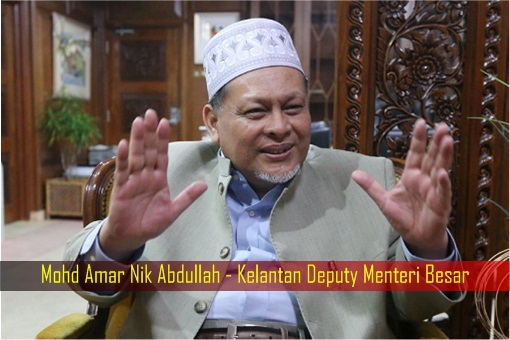 Even then, while Kelantan Deputy Menteri Besar (Chief Minister) Mohd Amar Nik Abdullah admitted that the state was poor, he argued that the purchase of the Mercedes was due to necessity, and not a luxury. The eagerness of PAS to indulge in extravagance and live the life of the rich and famous was so obvious that the ulamas were willing to say the dumbest thing to justify it.

Yes, when they couldn’t justify why Malaysian-made top model Proton Perdana cannot be used instead, the ulamas flashed a dead man’s name – former spiritual leader Nik Aziz Nik Mat – for using a Mercedes-Benz himself. However, the Benz used by Nik Aziz was a gift from the Sultan of Kelantan. Unlike Nik Aziz, the new chief minister splashed RM700,000 for a brand new S450L AMG.

The biggest joke from the PAS Islamist government was their jaw-dropping argument that the maintenance cost of the Mercedes-Benz was lower than other brands, including Proton, Honda and Toyota. There could be only one reason for such silly statement – the Benz’s maintenance price had been included in the price of the purchase, hence creating the false perception. 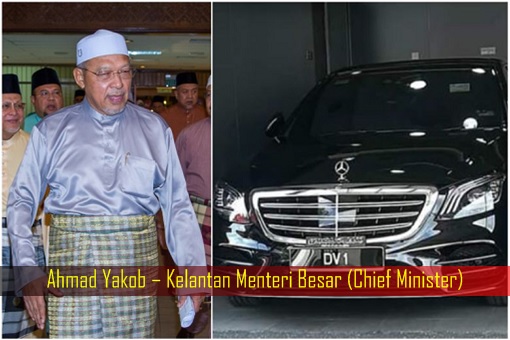 A Honda Accord 2.4 VTi-L Advance is selling for RM168,998, while a Toyota Camry 2.5V costs a cool RM196,888. A Proton Perdana 2.4L is cheaper at RM127,247. For the price of one Mercedes-Benz S450L AMG, the Kelantan state government can buy four Accords or three Camry or five Perdana – with some loose change. They could easily do a one-to-one-swap in case of a breakdown, or act as backup cars.

According to Forbes, Lexus and Toyota were the top two most reliable cars,while Benz was only ranked 17th spot, behind Honda (15th). What happens to the “Buy Muslim-made First (BMF)” campaign, as trumpeted and championed by all the PAS leaders last year? Shouldn’t they buy locally-made Proton Perdana to support Malay Muslim workers at Proton?

Ahh, but riding a Camry or Accord or Perdana has no class, not to mention lack of social status. Despite whining, moaning and bitching about infidel “kafir” non-Muslims, the PAS ulama hypocrites appear to love Mercedes-Benz so much that they would go the extra miles to spin and twist why the German cars were preferred. Their version of “BMF” actually means “Buy Mercedes First”. 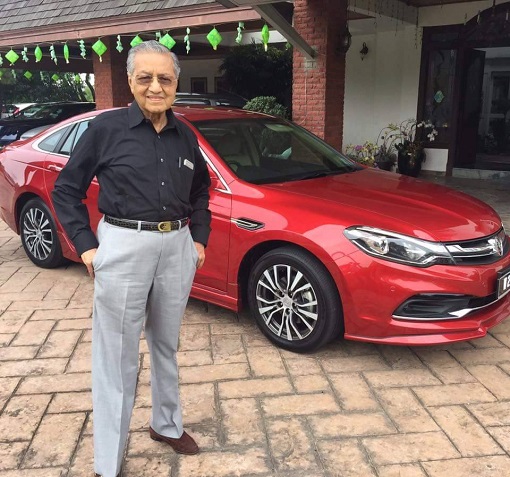 What is so special about opposition PAS leaders that they must have a Mercedes-Benz each when Prime Minister Mahathir Mohamad’s official car was only a Perdana? While the ulamas happily pampered themselves with Benz, the federal government had to backpedal from purchasing Toyota Vellfire after criticism and settled for Proton Perdana.

Interestingly, the purchase of the RM700,000 S450L AMG coincided with a one-off allocation of RM400 million from Mahathir government to the Kelantan state government, widely seen as special petroleum royalty. It was the first time that the poor state had been given so much money by the federal government. And the excited PAS holy men could not resist rewarding themselves with Mercedes cars.

If the disgraced PAS ulamas could not even control themselves at the sight of merely RM400 million allocation, imagine what other expensive toys they would buy if billions of dollars of oil royalty is to be given to them every year by the federal government. The God must be absolutely curious as to the reason why PAS religious leaders were so obsessed and fascinated with Daimler AG cars. 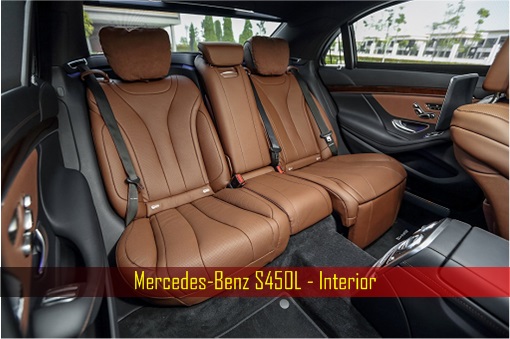 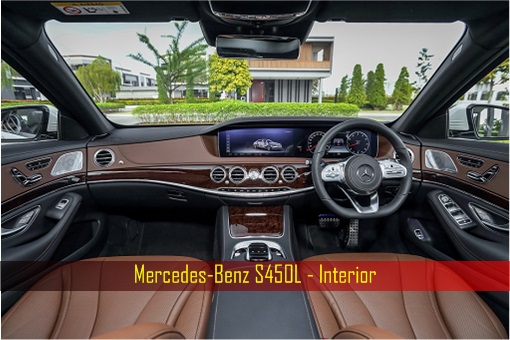 The world class fake holy men felt ashamed to be seen in a Toyota or a Honda, what more a Proton or riding a camel. They must travel in style and luxury.They must have a Mercedes-Benz. They must show their upper class status among the Kelantanese. Given half a chance, they would most likely steal as much as former PM Najib Razak to satisfy their personal lusts and pleasure.