(SCMP) – Malaysia is grappling with radicalisation in the political arena as well as in the context of terrorism, raising the spectre of violent civil unrest, according to a counterterrorism expert.

“We are now heading [for a repeat of] May 13 if the current political discourse that we have in our country cannot be managed well,” said Ahmad El-Muhammady, lecturer at International Islamic University Malaysia, referring to the country’s bloody racial riots of 1969.

“Escalation will continue and we will reach a point where people will take certain actions that will lead to violence, and that would cause civil strife,” said Ahmad, who advises the Malaysian police on their rehabilitation programme for terror detainees.

His warning comes as the ruling coalition of Pakatan Harapan, led by Prime Minister Mahathir Mohamad, is riven by infighting while facing the racial politics deployed by the opposition Barisan Nasional.

The Malay-Chinese divide has become worse

Ahmad explained that while a certain segment of Malaysians still wanted to travel to Syria to fight for Islamic State (Isis), the country’s political radicalisation was attracting “a large number of people”.

“Everybody is having an extreme view of things,” he said, adding that the “us and them” narrative and the desire to be “supreme” among parties and individuals was spreading across the country.

Ahmad defined political radicalisation as the inability to accept one another, or to live together as communities joined by mutual respect. “[Malaysians need to respect] the sensitivity of one another, to learn and benefit from each other’s differences,” he said.

In the past, Ahmad said, Malaysia’s diversity was seen as a source of strength. “Now differences are used as a source of conflict,” he said. “You can see divisive words, the deepening of polarisation. Malaysia will pay the price [of the situation it has created].”

Within Pakatan Harapan, squabbling has broken out as senior members of the People’s Justice Party (PKR) – the largest party within the coalition – have stepped up pressure on Mahathir to let PKR head Anwar Ibrahim take up the reins as premier.

Under an agreement before the landmark May 2018 elections – which saw Pakatan Harapan oust the Barisan Nasional coalition, which had held power for 61 years – Mahathir pledged to hand over power to Anwar.

Mahathir last month said he would keep his promise, but would only step aside after the summit of Asia-Pacific Economic Cooperation (Apec) countries Malaysia is set to host in November.

This infighting has taken place against the backdrop of the racial and religious undertones that have dominated political discourse in Malaysia over the past 15 months.

Among the incidents was an uproar over the Mahathir administration’s decision to introduce khat – a form of calligraphy for writing the Malay language using Arabic script – in all Malaysian schools, including so-called vernacular schools where lessons are taught in Tamil and Mandarin.

After the Chinese and Indian community raised their fears over what they saw as an attempt to “Islamise” their schools, the government made the lessons optional for vernacular schools. However, some Malays viewed the protests as an insult to their Islamic faith.

Last year, the country was also roiled by a movement calling for Malays, who form about 60 per cent of Malaysia’s population of 32 million people, to boycott non-Muslim products. 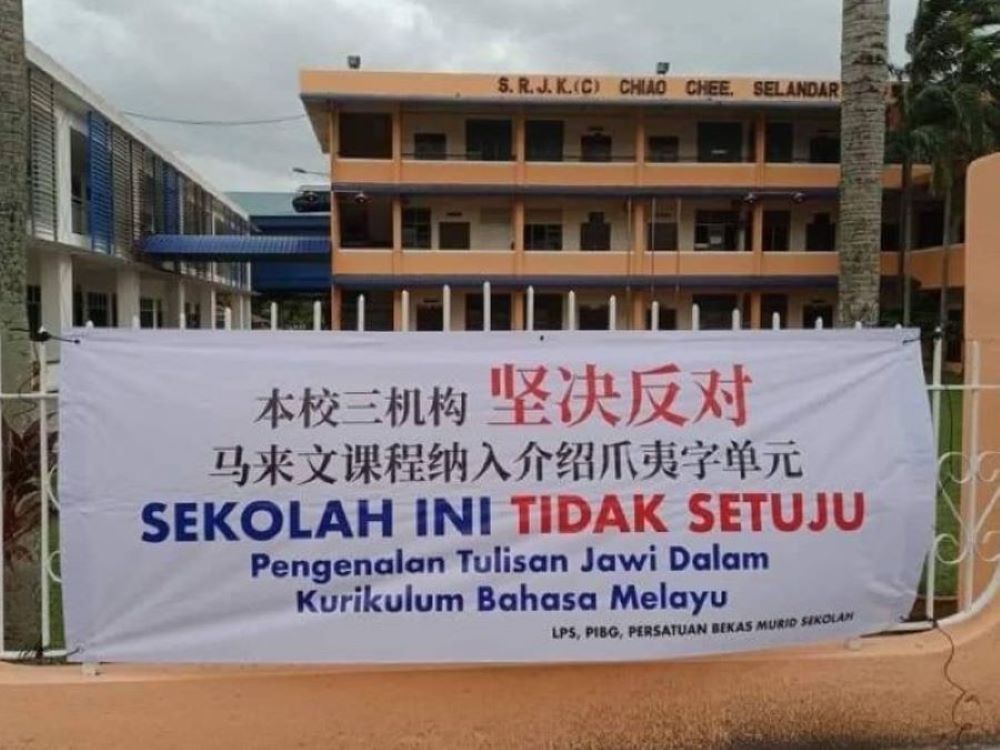 The Chinese are testing the patience of the Malays

On a similar note, a prominent Muslim cleric warned that the impact of “fanatical” politicians has led to the spread of hatred among fellow Muslims by some teachers who were from or followed different political parties.

“[The teachers] stir hatred against Muslims who are not from their party. This is the impact from politicians who are too fanatical about their politics,” said Wira Abdul Ghani Samsuddin, director of Assembly of Ulama Asia (Shura).

“Teachers who are influenced by the political trend would [end up] hating even their own friends. This is the reality now,” he said at a seminar called “Muslim Extremists Creating Divisions in the Muslim Ummah: Problems and Prospects” on Wednesday.

Ahmad from the International Islamic University Malaysia said there was an urgent need for a counter-narrative.

“We need to bring back the idea of peaceful coexistence. [British philosopher] Bertrand Russell said ‘Love is wise, hatred is foolish’. That is what we have lost,” he said. “Now the situation is that hatred reigns and love has been diminished.”