After Indonesian budget airline Lion Air Flight 610 crashed on Oct 29, 2018, killing 189 people, the Federal Aviation Administration (FAA) scrambled to investigate. The air safety regulator did nothing until a second crash involving Ethiopian Airlines Flight 302 on Mar 10, 2019, killing all 157 people on board, including passengers from 35 nations. By then, both crashes had killed 346 people.

Even then, acting FAA Administrator Daniel Elwell announced that there was “no basis to order grounding” of the Boeing MAX-8, the best selling model that crashed minutes after take-off from Addis Ababa, Ethiopia – despite the fact that an exact model of the plane belonging to the Indonesian Lion Air had also crashed in a similar fashion about 5 months earlier.

FAA’s action, backing the airworthiness of Boeing’s 737 MAX jets, immediately invited mounting criticism until President Donald Trump ordered the grounding of the aircrafts in the U.S. By the time Trump made his decision, a staggering 54 operators were already affected by the crashes. China was the first to take the necessary precaution measures and grounded the plane. 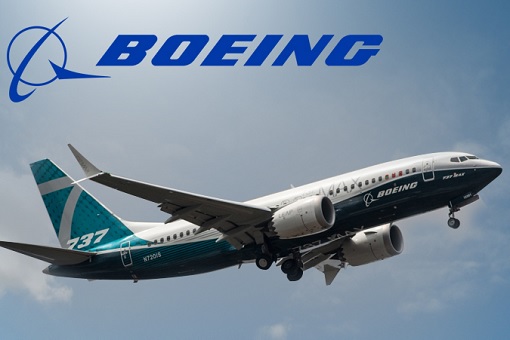 Following China’s suspension of its fleet of 737 MAX-8, at least 30 airlines took the same measure, including Australia, New Zealand, India, United Kingdom and even the European Union – leaving the U.S. increasingly alone in standing with the American-made aircraft. Was FAA trying to protect the U.S. aircraft manufacturer to the extent of ignoring its own professionalism?

As it turned out, Boeing knew about the new error in the new software, known as MCAS (the Manoeuvring Characteristics Augmentation System), but kept quiet about it. Boeing’s engineers already discovered the error as early as 2017but assumed there was no safety risk. The company waited until after the October 2018’s Lion Air crash to begin telling airlines that the alert system had an issue.

Mysteriously, Boeing had chosen to wait another 5 months – until the Ethiopian Airlines crash – to reveal more details. Even then, it would take another 6 weeks before the public learned of the issue. Hence, it’s not hard to understand why the integrity, reputation and trustworthiness of both FAA and Boeing have taken a beating, not to mention the potential of a cover-up. 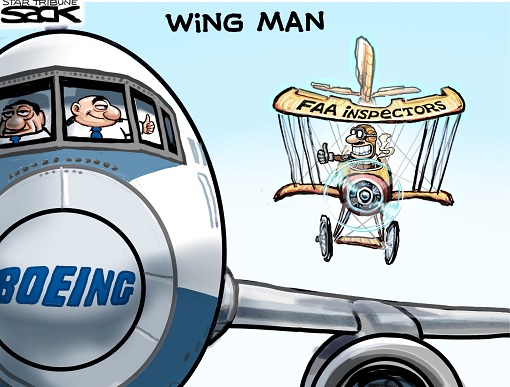 Now, based on a document derived from the Federal Aviation Administration’s November 2018 internal analysis, which was released during the House Transportation Committee hearing on Wednesday, more damaging revelations have emerged. Not only did the Boeing engineers know about the defective software, but also the calculations of possible fatal crashes as a result of it.

Rep. Peter DeFazio (D-Ore.), the chairman of the House committee, revealed that after the first crash involving the Lion Air flight in October 2018, an FAA analysis of the Boeing 737 MAX jetliner had predicted “as many as 15 future fatal crashes within the entire lifespan of the aircrafts.” The Boeing MAX could have averaged one fatal crash about every two or three years.

Therefore, based on the expected lifespan of the 737 MAX – a maximum of 45 years – there would be 15 crashes if one fatal crash were to happen every 3 years. FAA calculations in the document also showed that the Lion Air crash occurred during roughly the 136,000th flight (135,980 to be precise) of the plane, and 372,754 flight hours flown. 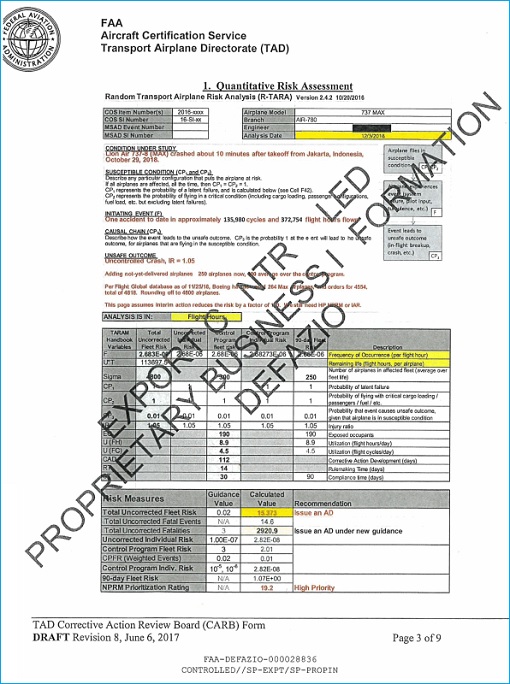 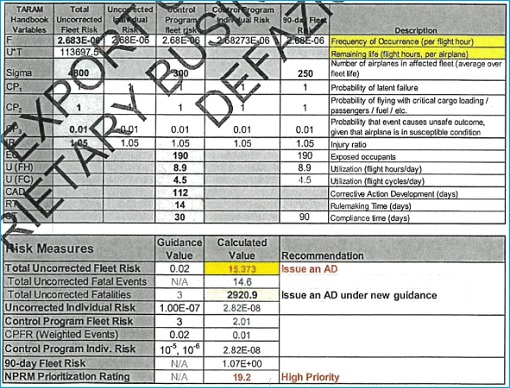 The chilling prediction was based on the assumption that 99 out of 100 crewscould handle the erroneous activation of an automated anti-stall system on the plane. Committee Chairman Peter DeFazio said the Federal Aviation Administration had obviously “failed”, arguing that the FAA “didn’t provide the regulatory oversight necessary to ensure the safety of the flying public.”

Had FAA and Boeing grounded the Boeing MAX immediately after the first crash, 157 innocent lives on board Ethiopian Airlines Flight 302 could have been saved. But the simple fact that the FAA had allowed the plane to continue flying, despite finding likelihood for 15 future crashes caused by the plane’s design suggests that at best negligence, and at worst a cover-up, has been committed. 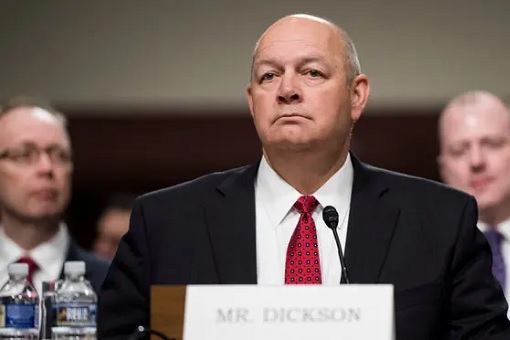 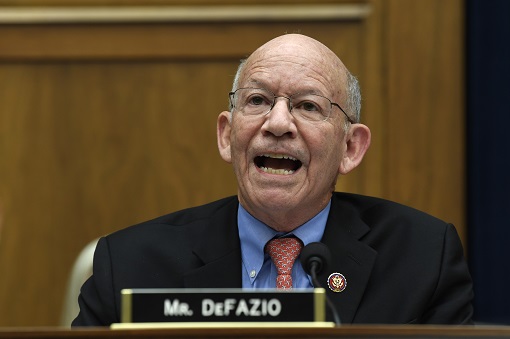 Testifying before the House Transportation Committee, FAA head Steve Dickson has defended the overall safety and regulatory processes of the agency, saying – “The system is not broken”. However, Dickson, a former Delta Air Lines executive who took over the FAA in August this year, also admitted in response to questioning that the FAA had made mistakes in the plane’s certification.

But G. Michael Collins, a retired aerospace engineer with 29 years at the FAA, testified that the “safety culture” at the agency is much different than it was decades ago. He said management in those early years was “very supportive of engineers” as they evaluated airplane designs and when those engineers “identified features that did not comply” with federal regulations.

From the beginning, the new MCAS has been defective and problematic. To fit the Boeing MAX’s larger, 14% more fuel-efficient engines, Boeing had to redesign the way it mounts engines on the 737. This change disrupted the plane’s centre of gravity and caused the MAX to have a tendency to tip its nose upward during flight, increasing the likelihood of a stall. 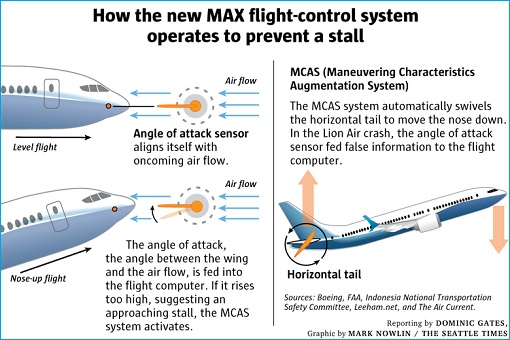 Hence, the changes to the airplane’s automation system have compromisedthe Boeing aircraft’s safety. The new design was so complex that some pilots have problems with it, especially when they were not given all the training and information necessary to manoeuvre. Pilots in both crashes were battling the MCAS system, which repeatedly pushed the nose of the planes down until their final, fatal dives.

Comically, pilots complained after the first crash that they didn’t even know the MCAS system was on the plane. The worldwide fleet of MAX aircraft was grounded in March and Boeing has since developed a software fix for the Boeing 737 MAX that makes it less aggressive to give pilots greater control. It also plans to install more redundancies.

The grilling session was to find out who at the FAA knew about the risk analysisand what the agency did with the information. DeFazio said the committee met for 7 hours with Ali Bahrami, the FAA’s associate administrator for aviation safety. Strangely, Bahrami claimed he wasn’t aware of a Boeing document warning that if pilots didn’t respond to MCAS within 10 seconds, the results would be catastrophic. 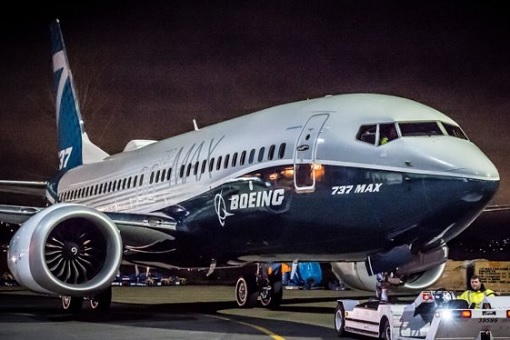 Clearly indicating that the FAA has something to hide, DeFazio said – “He (Bahrami) says he was unaware of it. He knew there was such a process. But he didn’t know they had evaluated this plane and this system.” DeFazio also revealed that his committee’s requests to speak with lower-level FAA staff members “were being stonewalled” under Dickson’s predecessor at the FAA.

“I don’t know how high up this went, and I think that’s one of the problems,” – DeFazio told FAA’s new chief Dickson. In an interview, DeFazio said – “We’re looking at a process that’s broken. We can no longer trust Boeing.” Beating around the bush, Dickson could only say that he was intent on improving the FAA’s operations to prevent future crashes.