PETALING JAYA – Miss Malaysia Shweta Sekhon may have lost the “Best National Costume” prize in the 2019 Miss Universe pageant to Miss Philippines but she has won plaudits from not just her countrymen but Filipinos as well.

The 22-year-old beauty queen is standing proud despite being mired in a controversy regarding the award at the pageant finals in Atlanta, Georgia, in the United States, on Monday morning.

During the event, it was thought that host Steve Harvey had made a mistake in announcing Miss Philippines as the award winner.

However, despite having initially announced Shweta (pic) as the winner on its official Twitter account, the organisers later deleted the tweet and announced four hours later that Miss Philippines Gazini Ganados was the rightful winner.

Malaysians were quick to show their support to Shweta with an outpouring of comments commending her for having done Malaysia proud and as a winner in their eyes.

“Kudos to you for correcting Harvey with such poise yet in a fun tone, ” said a post by user @fiqrieisme on Instagram. “And everything else you did to make it there. Proud of you!”

When contacted, Shweta said the audience had stood behind her and the Miss Universe Malaysia Organisation.

“The support I have received has been tremendous and overwhelming, ” she added.

Miss Universe Malaysia national director Elaine Daly explained that the organisers said the Philippines had won the online voting, but the producing staff backstage picked their favourite and wanted to showcase Shweta. 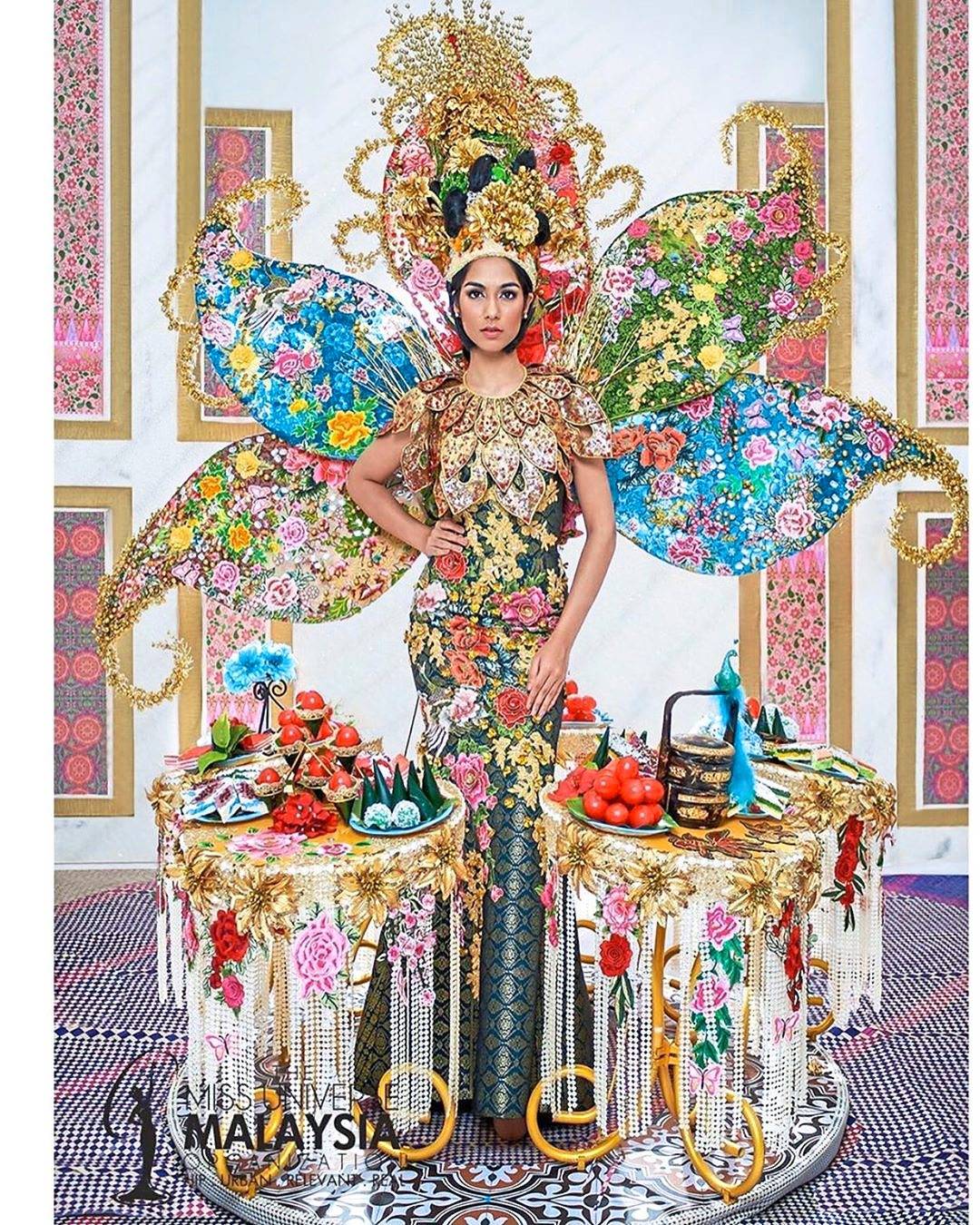 “Shweta and her national costume will always be a winner to us. I mean, we did get all eyes on Malaysia and we got to show off our culture and heritage, right?” Daly posted in a statement on her Instagram account.

Shweta congratulated her Filipino counterpart, Ganados, on winning the award. On Instagram, she sent her love and said she accepted the result and what had happened.

“I am totally fine with it because in my eyes, every girl that came to compete is a winner.

“The Philippines or Malaysia, there isn’t any difference because we are one, ” she stated.

Pageant fans from the Philippines sent their love in return. There were many comments from Filipino social media users saying that both Shweta and Ganados were winners and the two countries had won together.

Shweta’s costume, designed by couturier Carven Ong, was inspired by Peranakan culture. It features a bodice of woven Malay brocade songket and a pair of wings made out of nyonya kebaya fabric, ringed by sumptuous servings of traditional kuih.

Read more about Shweta’s take on fashion in today’s StarLifestyle feature, where she also talks about spreading a message on body positivity and women’s empowerment.