The dream of floating Aramco was first initiated by Prince Mohammed bin Salman, the favourite son of King Salman, back in 2016. The idea was simple – to sell as much share as possible at a very high price. Aramco has 200 billion shares and the Crown Prince wanted to sell 5% of the shares at US$10 a share, hence raising US$100 billion and valuing the crown jewel of the kingdom at US$2 trillion.

Unfortunately, according to a survey by Bernstein Research of 31 major global investors, the average valuation they put on Saudi Aramco was just US$1.26 trillion. That’s about US$6.30 a share – about 37% less than the Crown Prince’s desire price. Saudi was reportedly furious as they were counting on the IPO to attract foreign investment to help diversify its economy away from oil. 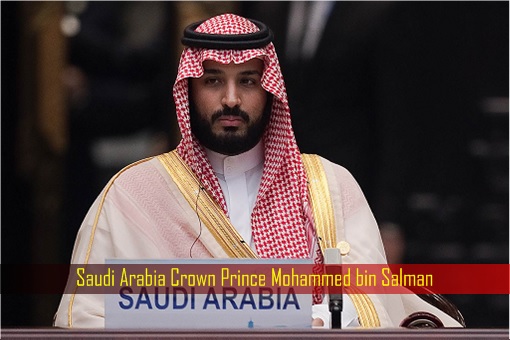 So, the Saudi Crown Prince was left with the option to either slash the price or reduce the size of the IPO offering. He chose to trim the number of shares to be sold (from 5% to 1.5%). The argument was that with a limited number of shares, the price could be bid up. But even after squeezing the shares, the Saudis managed to get an IPO price of only US$8.53 a share, valuing it at US$1.7 trillion.

The US$25.6 billion (has since risen to US$29.4 billion after Aramco exercised an option to sell 15% or 450 million more stocks) raised is just a fraction of the US$100 billion that Prince Mohammed originally imagined. The listing on Riyadh’s Tadawul stock exchange, scheduled for Wednesday (11 Dec), will be watched by international investors who were pessimistic and had refused to participate in the IPO.

Yes, the pressure will be on Aramco to prove that it could breach the US$2 trillion mark, and stays above that level thereafter. From the start, Saudi was relying on its own people to buy Aramco shares. Billboards for the IPO were all over the kingdom. Heck, even Saudi banks were busy advertising loans to help people buy the shares. There will be a lot of angry people if the price falls. 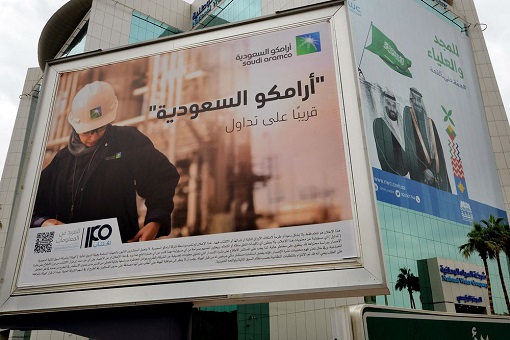 To encourage Saudi citizens to buy and keep the stock, Aramco promises to pay a dividend of at least US$75 billion in 2020. Individual Saudi investors who hold their shares for six months from the first day of trading can receive up to 100 bonus shares, or one for every 10 held. As a result, over 5 million individuals, nearly all of them Saudi nationals out of a population of 20.8 million citizens, had subscribed US$13 billion.

Disappointed with the lack of foreign interest, wealthy Saudis, from the Olayan family and Prince Alwaleed bin Talal to low-profile tycoons were forced to contribute. Prince Alwaleed, ranked by Forbes as the world’s 45th richest person in 2017 with a net worth of US$18.7 billion, was the most high-profile detainee among 350 suspects rounded up by Saudi authorities in a 2017 anti-corruption drive.

The Saudi Public Pension Agency alone bought 11.5% of the shares. Rich local families, some of whom had members detained in Riyadh’s Ritz-Carlton hotel during the 2017 corruption crackdown, were “strongly encouraged” to buy Aramco shares. Only less than a quarter – about 23% – of the institutional portion of Saudi Aramco’s initial public offering went to non-Saudi investors. 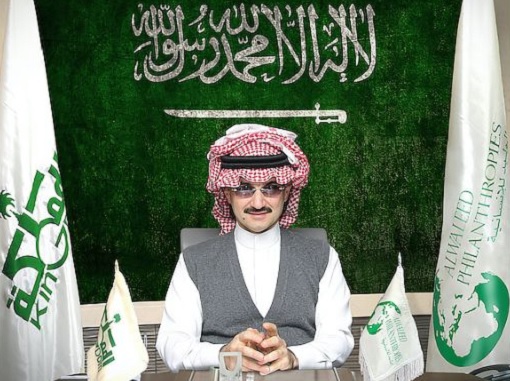 Saudi’s close friends like Abu Dhabi Investment Authority (ADIA) and Kuwait Investment Authority (KIA) were approached to show their support to the Saudi Crown Prince. Based on the book-building process, which gave an indicative price range of 30-32 Saudi riyals (US$8-$8.53) per share, the IPO final price was at the upper end of pricing.

While it’s easy to “artificially” push up the stock price to US$10 a share, hence breaching the market capitalization to US$2 trillion so that the Crown Prince could boast about it, the real challenge is to ensure the stock price sustainsabove the US$10 a pop over the long term. But based on what Saudi did just days before the listing, it appears the kingdom lacked the confidence.

Saudi, the head of the OPEC cartel, had resorted to dirty tricks – cutting 500,000 barrels per day (bpd) last Thursday during the 7th OPEC and the non-OPEC ministerial meeting in Vienna, Austria. That was on top of their current total reduction of 1.2 million bpd until the end of March 2020. The kingdom itself said it would lower its own output by 167,000 bpd. 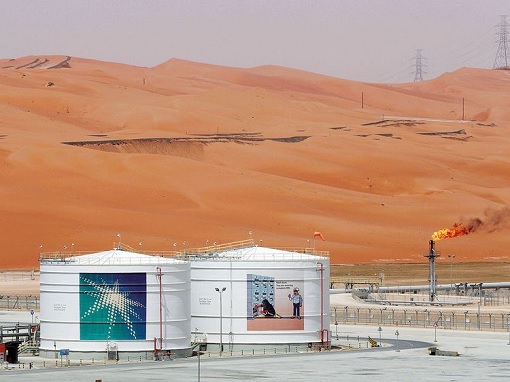 But the most surprising part was when Saudi Crown Prince Mohammed personally made another announcement – that the kingdom would make a voluntary production cut through lowering its oil output by an additional 400,000 bpd. With the latest 500,000 bpd cut, and an extra 400,000 voluntary curb, the existing 1.2 million bpd cut will be raised to 2.1 million bpd.

Obviously the surprise 500,000 barrels cut, reinforced with extra 400,000 barrels voluntary cut by the Crown Prince, speaks volumes about the Saudi’s desperate attempt to prevent Aramco stock price from a humiliating plunge. Saudi’s Energy Minister Prince Abdulaziz bin Salman, of course, has denied that the slashing of the oil supply wasn’t intentionally timed to coincide with the Aramco’s IPO.

Saudi might blow its own horn about the success of Aramco IPO. But the fact remains that the results fall short of the biggest expectations to raise US$100 billion – a setback for the “Vision 2030” plan. The Vision 2030’s flagship project is a massive, ambitious, high-tech business zone in northwestern Saudi Arabia called NEOM that will cost US$500 billion. 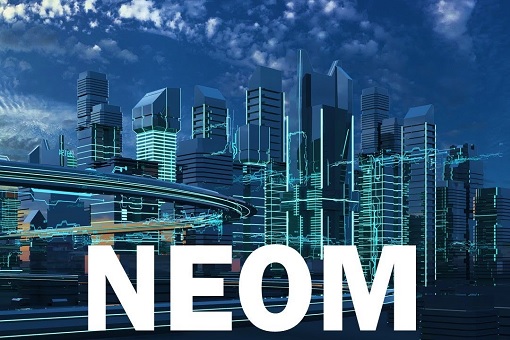 Saudi says the revenues of the Aramco IPO would be channelled to Saudi sovereign wealth fund to boost investment inside and outside the kingdom. But US$29.4 billion constitutes only 6% of the ambitious NEOM project. To make matters worse, at a valuation of US$1.7 trillion, Aramco’s dividend yield would be lower than its rivals such as Exxon Mobil, Shell and Chevron.

But there’s a bigger problem that very few investors have raised or discussed. Nope, we’re not talking about climate change, declining oil prices, terrorist attacks or even class-action lawsuits that Saudi Arabia is facing from the families of the “9/11” terrorist attacks time round. We’re talking about NOPEC (No Oil Producing and Exporting Cartels Act). 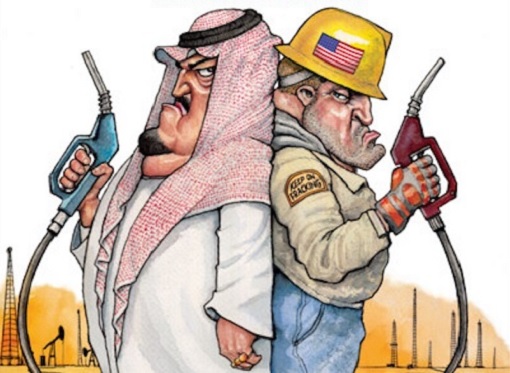 First introduced in 2000, the bill was designed with the aims to remove sovereign immunity from U.S. antitrust law, paving the way for OPEC states to be sued for curbing output in a bid to raise oil prices. That effectively means what Saudi did last Thursday – cutting 500,000 barrels per day to boost oil prices – would trigger the NOPEC antitrust law.

While the American bill has never made it into law despite numerous attempts, Donald Trump did say he supported NOPEC in a book published in 2011 before he was elected, though he has not voiced support for NOPEC after he was elected as the U.S. president. Trump has instead stressed the importance of US-Saudi relations.

However, it’s also true that President Trump’s wishes have been granted so far, by expressing his displeasure and seemingly gave orders for OPEC to do the necessary over the global oil prices. In mid-June, for example, after OPEC and its non-OPEC allies agreed to extend their output cuts into 2020, Trump tweeted – “Oil prices are too high, OPEC is at it again. Not good!” 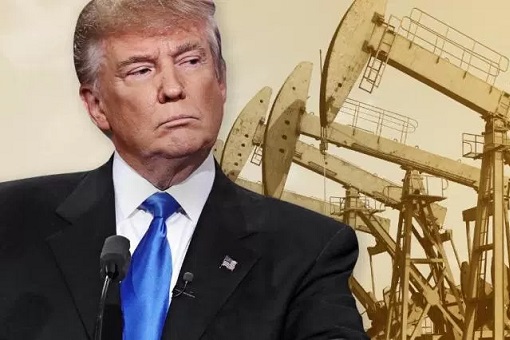 Lower oil prices translate into more affordable gas prices for American consumers. The U.S. president has taken to Twitter numerous times and publicly urged OPEC to lower the cost of crude, putting pressure on the Saudi-led group. After the public listing of Aramco, however, Saudi will be caught between pacifying Trump’s demands and satisfying stakeholders’ interest.

It’s only by price-fixing and production-cut that OPEC could control the global crude oil prices and hence the share price of Aramco. If Trump can no longer control Saudi to fulfill his wishes to make Americans happy, the U.S. legislation that aims to prevent the 14-nation OPEC from coordinating production – and influencing oil prices – will once again advance to the Capitol Hill.

The threat of NOPEC is very real, and it was so damaging that Saudi had threatened to sell its oil in currencies other than the dollar if Washington passes the bill exposing OPEC members to U.S. antitrust lawsuits. Other potential retaliation included pulling out of nearly US$1 trillion invested in the United States. Saudi and OPEC had also promised to punish the U.S. shale producers. 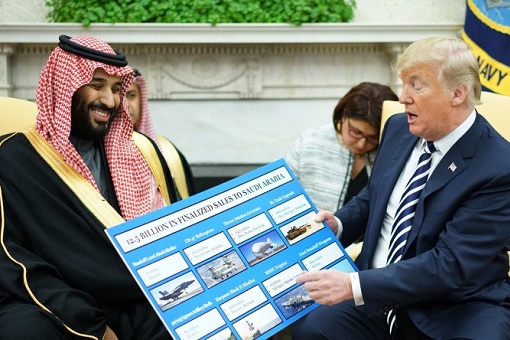 Chances are Saudi Crown Prince Mohammed will choose to maintain the existing good relationship with President Donald Trump largely due to the threat of Iran. That would mean Aramco will be at the mercy of the threat of U.S. NOPEC. The kingdom has to remember that at the end of the day, Trump’s “America First” supersedes everything, including his friendship with the Crown Prince.