‘Asking civil servants to ‘guide’ the people out of poverty is not going to work.’

Kural: A corrupt-free, competent, committed and professionally neutral civil service is an important, if not the primary governance vehicle to enable effective implementation of government policies on addressing poverty-related matters.

Is our civil service competent and committed? Some would argue that it has become too large and mono-cultured to be efficient.

Some would also argue that the service itself has become a huge unsustainable burden on public finance for salaries, pensions and other social instruments of income support.

And consequently, the government has relatively less by way of comparative allocations for development initiatives.

The present atmosphere and status of the civil service are perhaps not conducive to promoting development.

A complete reform of many aspects of the existing structures and work ethics, especially an overhaul of the personnel manning the civil service at senior levels, should stand it good stead hereafter.

Dai Jek Kong: How come the people, regardless if they are poor or not, need encouragement to work hard? More so if one is poor, the person is told to strive harder to step out of poverty.

The onus is not on the rakyat alone. The government also needs to play its part by providing a helping hand to lift them out of poverty with national-scale initiatives.

Frankie: Of course, nothing in this world would come easy. The first step to take is to recognise the importance of meritocracy and open competition.

Provide the poor with quality education and skill. Discard the crutches and the so-called protection of the majority race.

Over time, you’ll definitely see a new breed of Malaysians who are independent, strong and prosperous.

Undecided: Why is Prime Minister Dr Mahathir Mohamad blaming poor people for the current state of poverty in the country?

By suggesting that the poor are not working hard enough will only erode the people’s support for the Pakatan Harapan coalition.

Most unbiased observers would have thought it was the poor leadership and policies by the country’s leaders which enabled corrupt politicians, civil servants, their families and cronies to loot the country’s and the public’s funds, which was a major problem.

Hence, despite the presence of numerous millionaires or billionaires, there are still many people, including Malays, who remained poor even after more than 60 years of affirmative action.

The country’s resources and the money lost through corruption could have been put to much better use for programmes to improve the productivity of the poor rather than mere handouts from the government, which created the dependency mentality in the first place.

Furthermore, the lack of meritocracy and the promotion of this crucial element in any endeavour to excel by the Malaysian government over the years are probably the greatest obstacles to realising the full potential of our citizens and lifting them out of poverty.

David Dass: Why was the federal government saying that we only had a 0.4 percent poverty rate when the reality was quite different?

Malaysians are now told the percentage of actual poverty is 15 percent and there are reports which state it could even be as high as 40 percent for all households.

What is the exact percentage of poverty for Malaysia? There is a need to establish the exact number of poor families first, and then to work out a strategy for helping them.

Asking civil servants to “guide” the people out of poverty is not going to work. And it is also clear that previous strategies by the government did not work.

The Analyser: One of the weakest points of the Harapan administration is that the public service doesn’t have a clue as to what the government aspires to achieve.

In fact, not even the Harapan government has a collective idea of what it is doing, or where we are all heading.

What are the government’s strategies to address and combat poverty?

Or will it be more handouts and more talk about skills retraining when such previous efforts failed to produce large-scale successes?

There is no point in anyone encouraging the poor to “work hard” if there are no opportunities and if the miserly, money-grubbing employers are unwilling to reward enterprise.

If Malaysia is to be jolted out of its current economic doldrums, then it is up to the commercial segment to act.

Just A Malaysian: Dear Prime Minister, we need more than passive pleas for everybody to work hard, including civil servants.

The entitlement mentality arising out of racial and religious supremacy is too much ingrained in the Malay psyche. The creation of the Chinese Malaysian bogeyman makes it easy to shift the blame away from oneself. 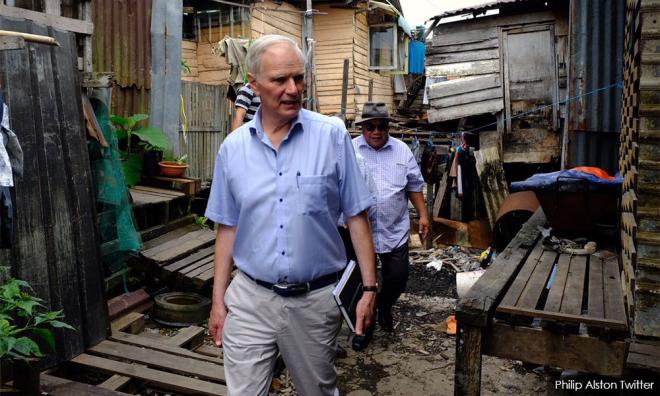 It may be a little late for adopting a soft approach to change the poor’s working attitude. I always believed Malaysia will head into a serious economic crash when debts overwhelm earnings.

More people will suffer and fall into poverty and we will all suffer together. Then, maybe, we will wake up to our follies of not emphasising on good governance and unity.

Anonymous Gem49: The civil service’s top officials, and those holding high-level positions in the government, need to spend more time pursuing solutions for the main problems afflicting the people and only then will everything fall into place.

This obsession with religious pursuit and one-upmanship doesn’t do anyone any good.

Mosquito Brain: Do Malaysians possess the never-say-die attitude and culture needed to become a successful nation?

Malaysians need to work on being on par with the likes of Thailand, Vietnam and Indonesia first, before we can even talk of matching the productivity and successes of countries like South Korea, China and Japan.

Our weak ringgit, when matched against the currencies of the developed Asian nations, is a tell-tale sign of our corruption and poor management of the country.

I am not trying to be unpatriotic or pessimistic, but it is a fact that Malaysia is at least 10 years behind leading Asian countries.

Headhunter: Indeed, who wants to work like the crazy Japanese or South Koreans when freebies are aplenty?

When the first Malaysia Plan was started, the South Koreans were lagging far behind us economically. In fact, Malaysians used to look at them as a Third World country many decades ago. Some may recall the Korean cheap labourers who used to work in Malaysia, at our construction sites.

The National Economic Policy is an albatross hung perpetually around our neck. The sad thing is that our politicians still want to maintain it for self-interest and because they are afraid of losing electoral support.

Hsu Do Nimh: I visited South Korea for the first time in 1980. Back then, they were poor. You could see the suffering, especially during the harsh winter season.

Rice was mixed with barley as there was insufficient rice to go around. The income per capita was way behind Malaysia.

In 2000, I had the opportunity to live and work there. What a contrast it was.

In just 20 years, which coincided with Mahathir’s first tenure as prime minister, the Koreans caught up with Malaysia and overtook us in overall progress and income per capita.

This goes to show Mahathir’s leadership is not as successful as it is made out to be. As a nation, we could have progressed further ahead by now.