AYER KEROH – The focus of the Pakatan Harapan government should be on implementing much-needed reforms and not talk about power transition of the prime minister’s post, Datuk Seri Azmin Ali said today.

“You don’t have to talk about it (power transition) every day, every week and every month.

“When the people voted us in, they wanted us to reform and deliver and that should be the focus of the new government,” he told a press conference at Ames Hotel lobby today.

Azmin, who is the Economic Affairs Minister, said since PH had only come into power less than two years ago, the ruling coalition needs to work overtime to ensure the country’s stability.

“There is so much to do. We couldn’t even fulfil all the manifesto yet because that manifesto was planned for five years.

“We are committed to delivering it and we are here to ensure that we will deliver, but we have to work as a team. We should not undermine each other,” he said.

Prior to the 14th General Election last year, Pakatan Harapan had agreed that Datuk Seri Anwar Ibrahim will replace Tun Dr Mahathir Mohamad but did not set the time frame. 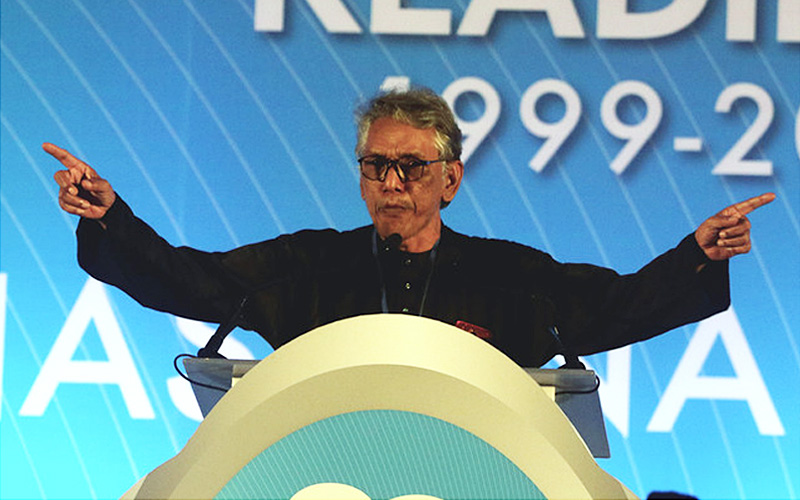 AYER KEROH – A delegate of Federal Territories PKR has mooted the sacking of delegates, including those aligned to deputy president Mohamed Azmin Ali, for walking out of the congress, a proposal which drew thunderous applause from the crowd.

The delegate, Che Zam Hamzah, proposed that those who had walked out be referred to the disciplinary board.

“For the leaders who are not in this hall, enough is enough (with disrupting the congress),” he said when debating the president’s speech at the convention, held at Melaka International Trade Centre.

His proposal was met with chants of “sack them”.

Che Zam went on to say that although members had the right to hold dissenting views in PKR, there should not be attempts to deny Anwar from becoming the eighth prime minister.

Earlier today scores of PKR delegates walked out of the party’s national congress with shouts of “balik” (“go back”) being chanted by unhappy members.

Some of the members told reporters here that they were unhappy with the debates on the president’s speech, which some claimed was used to hit out at Azmin.

PKR information chief Shamsul Iskandar Mohd Akin however dismissed the claims, saying he had not heard any delegate hitting out at Azmin.

Azmin later said the exodus of PKR delegates and observers was ultimately due to Anwar Ibrahim’s failure to keep his promise on the parameters for speeches at the congress.