On Jan 1, 2020, Malaysia should have been ushered into the ranks of developed nations, according to Dr Mahathir Mohamad’s Vision 2020.

Vision 2020, conceived 28 years ago, was the brainchild of the twice-over prime minister. He visualised a Malaysia that would stand as a united nation and a confident society, infused with strong moral and ethical values, characterised by democracy, liberalism, tolerance, care, economic equity, progress and prosperity, in full possession of a competitive, dynamic, robust and resilient economy.

In a nutshell, it was a vision of a better Malaysia, with peace and harmony among the different races and an inclusive and fully developed economy.

There were nine broad challenges towards reaching this goal. However, the goal post has since been moved, and Mahathir is now talking about 2025 and beyond as a timeline for achieving his vision.

Many might blame the massive corruption and excesses under the Najib Razak administration, while others might say the foundation of today’s ills was laid during Mahathir’s first tenure as prime minister.

To be fair, Najib’s economic transformation programme and policies such as the 1Malaysia concept were good, but they eventually succumbed to ethical and moral lapses.

So where are we now with Vision 2020? Its goal of an ethnically integrated Malaysia has been shattered by incidents like the Malay Dignity Congress, and dominant Malay groups and academics are now claiming that the nation belongs to one particular race. The rest are categorised as “pendatang” or, in the case of Sabah and Sarawak, “dan lain-lain”.

The Muafakat Nasional partnership between Umno and PAS is another challenge to Mahathir’s Vision 2020. The alliance of the two Malay-Muslim parties continues with its identity politics, prioritising one race to promote its interests without regard for other communities.

As for the creation of a psychologically liberated, secure and developed society, we are nowhere near that. The Malays themselves are under duress and far from being liberated. People are jailed by the religious authorities for not attending Friday prayers, women are chastised over what they do or do not wear, members of the LGBT community are treated like garbage, and art and other forms of creativity must not offend Islamic sensitivities – whatever that means.

Mahathir’s latest excuse for the failure to achieve developed nation status is the income gap between races as well as the rich and poor.

If there is an economic imbalance, the majority race cannot complain that it is disadvantaged. One report in 2018 mentioned that the government is the largest shareholder of 71 publicly listed GLCs. It also owns shares in another 286.

Seven of Malaysia’s GLCs control 42% of market capitalisation in the entire Bursa Index, not including unlisted GLCs. Because these companies are located in critical and lucrative sectors, each administration has sought to establish control by instituting the patronage system. People appointed to head GLCs have been linked to the leadership – family, close friends, important associates, reliable party members or loyal former civil servants. 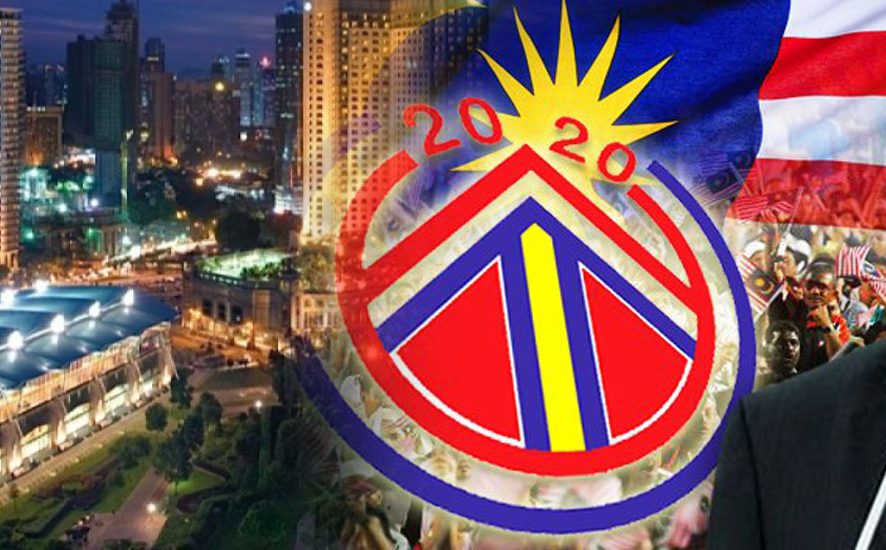 With the New Economic Policy long in place, giving Bumiputeras a clear advantage and government control of 42% of Bursa Index capitalisation, this begs the question of why the Malays are still at the bottom of the economic ladder. Why are most Malays still struggling to make ends meet despite all of the affirmative action?

While it is uncertain whether Mahathir will continue with his Vision 2020, he has launched a new initiative called the Shared Prosperity Vision 2030 (SPV 2030). SPV 2030 is an effort to make Malaysia a sustainably developed country with fair distribution of economy and equitable growth at all levels of income, regions and supply chains by 2030.

It looks like a rehash of Vision 2020, but is shared prosperity achievable?

For example, East Malaysian states have come a long way since 1991 and are now demanding an increase in oil royalty and tax shares, as well as more autonomy. There can be no shared prosperity when Petronas takes the lion’s share of oil money and leaves 5% for major oil producers Sabah and Sarawak.

SPV 2030 may turn out to be just another feel-good marketing policy which will not solve the growing discontent over share of the economic pie under Pakatan Harapan. For East Malaysians, shared prosperity means giving back what is rightfully theirs under the Malaysia Agreement 1963.

A difficult path lies ahead – “fair” will mean different things to different people from different states. Some say SPV 2030 is like “robbing Peter to pay Paul”. Money is scarce – how do you share “fairly”? The devil is in both the details and the successful implementation of good policies.

Since Mahathir complains that the policies of succeeding prime ministers spoilt his agenda, will SPV 2030 meet the same fate as Vision 2020 when Anwar Ibrahim takes over?