I went through the entire speech which texts were forwarded to me by an editor friend. 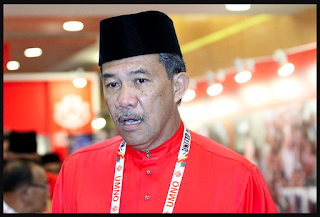 The way I understand it, Mat Hasan basically made these points.

1. Umno and its friends can defeat Pakatan in the next general election and that’s not even its hardest task.

2. The hardest task is for Umno to change itself into a better political party, relevant to the new realities of Malaysia and the rest of the world.

3. Umno does not belong to any of its leaders or even members, but to all Malaysians, particularly Malays.

4. Umno must be led by leaders with the highest level of moral standards and integrity in order for the party to have the right to lead the country.

Okay, the speech was quite long but those four points are the most important, I think.

I agree with Mat Hasan on all those.

If Umno members could take them all seriously and actually do what Mat Hasan told them, I believe the party does indeed have a future.

Kicking out Pakatan from the seat of power would be pointless if Umno continues the way it was before the GE14 defeat.

It has to be a better political party.

Enough of the nonsense such as money politics, positions in the party being inherited by family members, rempit culture, apple polishing etc.

Otherwise, the people will kick it out again, and the likelihood of it getting up again after that is likely to be zero.

A prominent pro-Umno blogger once told me that the party would never change.

“This is Umno whether you like it or not and it will stay this way. Take it or leave it,” he said in our conversation several months after GE14.

I refused to believe in what he said.

I believe that Umno can change for the better. I believe it have sincere leaders capable of initiating the much needed changes.

Leaders like Mat Hasan can do it, I think.

Yeah, I know, some would say “Hey, you are not even an Umno member. What right do you have to talk about our party that way?”

Well, as Mat Hasan said, Umno actually belongs to all Malaysians and I’m one of them.

This is what I told my friend who insisted that Umno would never change its ways,

And I’m glad he said it.

Hopefully something good and meaningful will come out of it, not just for Umno but for all rakyat Malaysia. 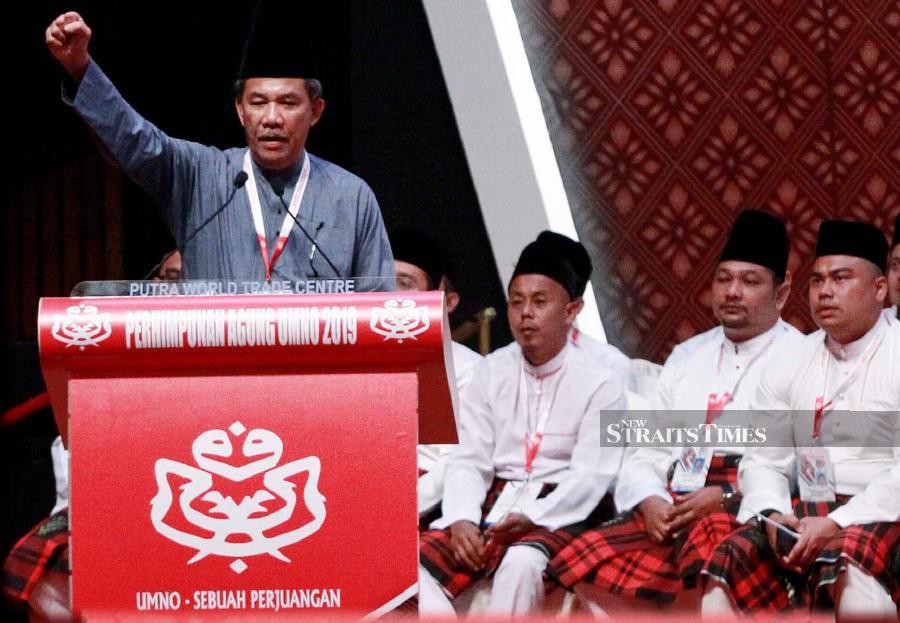 KUALA LUMPUR – Umno needs to broker a ‘new deal’ in order for the party to remain relevant and win back support from the Malay community and people in the country.

Its deputy president Datuk Seri Mohamad Hasan said Umno cannot rely solely on the failure of the ruling Pakatan Harapan coalition if the party aspires to return to power in the next general election.

Taking into consideration challenges faced by political parties in the age of technological disruption, Mohamad said the ‘new deal’ would also serve as a concrete plan for Umno if the party successfully wrests the administration of the country from PH in the next polls.

“I would like to call upon the Wanita, Youth and Puteri wings to take up this challenge by helping Umno formulate this new deal for the people,” said Mohamad in his speech when he simultaneously launched the delegates conference for the party’s three movements here.

The new deal, said Mohamad, must take into consideration four elements which include a guarantee by the party to strengthen the political position of the Malays as well as improving the socio-economic wellbeing and development of the Malays.

Mohamad said the third element that must be reflected in the new deal is strengthening the position of Islam, the royal institutions and Malay culture, and the national language.

The last element, said Mohamad, should be a guarantee by the party on ways to strengthen Malaysia’s prosperity, respect the interests of people from various races as well as enriching the nation.

“Umno cannot operate as before, where the party formulates certain policies alone and forces its implementation on the Malays. That time has come to an end.

“We must break away from such practices. We must gather non-governmental organisations, academicians, professors, graduates as well as experts in various fields to produce this ‘new deal’.”

Mohamad also called on Umno leaders to democratise the Muafakat Nasional agreement signed between the party and Pas in September this year among the party’s grassroots.

He reminded party leaders that Umno together with its allies in Barisan Nasional was able to win four of the nine by-elections following its political cooperation with Pas.

“Muafakat Nasional has proven to be a successful political formula and strategy which needs to be championed by all of us,” he said.

Mohamad also hit out at Umno leaders who had allowed themselves to be used as tools in Pakatan Harapan’s internal bickerings.

“Their (Pakatan Harapan leaders) priorities are not on developing the nation. They are more engrossed on matters on who will become the next prime minister.

“This has resulted in the internal bickering among them, which is embarrassing, so much so that some of us have allowed ourselves to be dragged into their domestic affairs.”