PETALING JAYA: A 26-year-old man today suggested that a senior politician has committed a crime he described as “un-Islamic, vile, insidious and morally repugnant” against him, at a press conference criticising authorities for not taking action over police reports he filed against Perak PKR chief Farhash Wafa Salvador Rizal Mubarak earlier this year.

Muhammed Yusoff Rawther, however, refused to give details of his claim, saying they are part of a statutory declaration by him which has yet to be made public.

Yusoff, who is the grandson of late prominent Penang consumer advocate SM Mohamed Idris, had previously accused Farhash, who is also the political secretary of Anwar Ibrahim, of assaulting him in May, at the PKR president’s office in Petaling Jaya.

He said a police report was lodged following the incident, and in September, he filed a suit against Farhash and Anwar’s press aide. 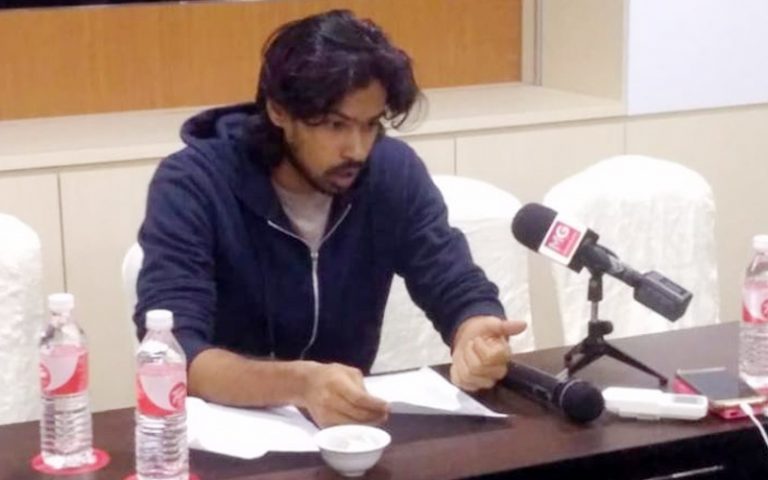 But at a press conference today which was shown live on Facebook, he said there has been no action by the authorities despite furnishing medical report confirming injuries he sustained.

“It is apparent to me that all talk about justice is merely lip service, and political gimmicks. I am extremely disappointed with the way things have occurred. I must ask, is there no justice for the little guy in Malaysia?” he said in a statement.

Yusoff said he believed the failure to take action was linked to an incident involving a senior politician which took place in October last year.

He said he had reasons to believe that his “unwillingness to cooperate” with the politician “had eventually led to the assault in the office”.

FMT is withholding the name of the politician pending a response from his office.