Questioner: Minister of Entrepreneur Development Mohd Redzuan Yusof said many times that not a single sen of the rakyat’s money will be used on the flying car project.

Now we’re hearing about RM20 million of our money having been channelled “somewhere”.

Before more people ridicule Redzuan and the Pakatan Harapan government, I would strongly urge the minister to resign before the Public Accounts Committee (PAC) finds out where the money has been actually channelled. 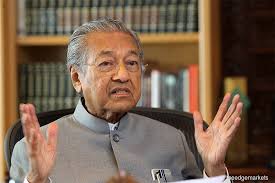 Bruclax: Yes, this is what Malaysia needs. Scrutiny at the highest level by Parliament’s PAC to establish if public funds are used in this ‘no money from government’ venture.

At the same time, the PAC cannot act as it did in the 1MDB audit. It cannot call on the wrong people to investigate or ask the wrong questions and conclude that the country’s financial condition is in the pink of health.

We hope to see the findings of the investigations as soon as possible.

I am sure Malaysians would like to know who gave the green light for the release of such a huge sum of money and where it came from.

I would also like to know what was the process involved to evaluate the initiative before the money was transferred to Aerodyne Ventures Sdn Bhd (the private firm behind the flying car project).

We can’t just allocate funds to friends, you know.

Anonymous_1550607211: It is interesting to note that VentureTech (a subsidiary of the Malaysian Industry-Government Group for High Technology, or Might, an entity under the Prime Minister’s Department) would fund this project without peer review scrutiny or even technical due diligence.

Any scientist or engineer worth his or her salt will tell you that we are, at least, decades away from making this flying car project a reality.

Even if we did have a flying car, the entire infrastructure to support such an idea is not yet in place – and neither will it be easy to achieve.

This is a case of foolish hears, foolish believes and fools get paid.

I would hate to think how many more millions have been wasted in our fund granting system based on the whims and fancies of ministers, politicians or people who have the right ‘connections’.

William Tell: Maybe the money flew away into some politician’s pocket long before the flying car could take off on its maiden flight.

The PAC should do a thorough investigation into this case. Public funds used must benefit the people and not politicians.

Anonymous_4031c: If the minister was misleading the people, then he should resign.

If the third national car is also funded using public funds, then this matter should be revealed instead of beguiling the rakyat by using the private funding enterprise smokescreen.

Shovelnose: What’s wrong with the politicians in the government? Stop dabbling in businesses and open yourself up to conflict of interest situations.

Just govern and regulate the industry, give tax incentives if you have to and be grateful in collecting taxes from the successes of the private sector.

These types of investments and pushes should come from the private sector for it to be efficient.

The government should know better than to throw money into any project that has slim hopes of success.

Frank Auger: I fully support the move by the PAC to probe on the funds that were channelled to flying car firm Aerodyne.

I really hope justice would be served if the money was misappropriated.

One: Every citizen who loves the country should speak up and demand this minister to resign.

No need for further investigation as he has already lied to us, saying no public fund would be used in this venture.

Bersatu is just full of dishonest and incompetent people.

Sarawak4Malaysian: What about the so-called ‘New Malaysia’ and its fight against corruption?

Doesn’t Redzuan remind you of Umno/BN ministers? Let’s see what explanation he will give PAC.

The project is a prototype and the rakyat have the right to question why so much money has been approved for this venture.

Nagu: This minister is not trustworthy. Previously, on several occasions, he had assured the people that no money will be used for the flying car project and now it is a different story.

What I would like to know is what is his track record to be given this portfolio?

Why did the government allow this minister access to RM20 million for a project that may not yield the expected results?

The PAC must conduct a thorough probe on this.

Idiocracy: Did the RM20 million approved for flying car project came from the Finance Ministry?

Were Finance Minister Lim Guan Eng and his special officer Tony Pua aware of this movement of funds? Was this fund allocated in the recent Budget 2020?

I hope that the PAC can give us the answers to these questions.