Made-in-China products were said to be of inferior quality. The Chinese goods were poorly manufactured because the Chinese businessmen have poor business ethics. Any products made in China were viewed as junks, fit only to be consumed by consumers from the third world countries who could not afford high quality goods.

The perception was that anything that is cheaply made in China must be of inferior quality. Today, the Chinese can make products depending on your budget – cheap, medium or expensive products. Just name your price. But time has changed. Just because they still produce cheaper products than Western countries, it doesn’t mean their products must be inferior.

Huawei is a classic example where a Chinese brand could give top international brands like Apple and Samsung a run for their money. In fact, thanks to the US-China trade war, it provides a golden opportunity for consumers to buy quality smartphones at unbelievable prices. The trade tension forces Huawei to slash prices while increase quality of its products. 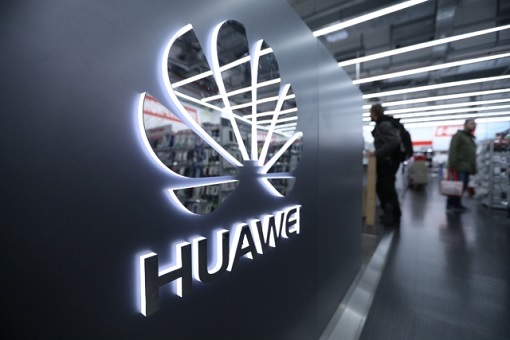 DXOMARK provides an independent benchmark that scientifically assess smartphones, lenses and cameras. Founded in 2008, the France-based DXOMARK Image Labs becomes the essential website to go for reviews or ratings whenever a new smartphone is released. DXOMARK ratings are often used by the press to describe the image quality characteristics of their cameras and mobile devices.

The Huawei Mate 30 Pro is the Chinese manufacturer’s latest flagship smartphone and comes with a 6.53-inch OLED display, a 4,500 mAh battery, and Huawei’s brand-new Kirin 990 chipset. In its analysis, DXOMARK engineers capture and evaluate over 1600 test images and more than 2 hours of video – both in controlled lab environments and in natural indoor and outdoor scenes. 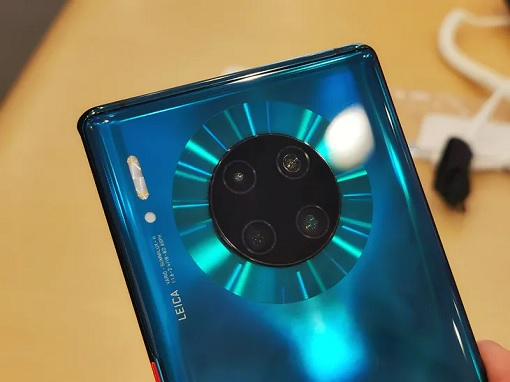 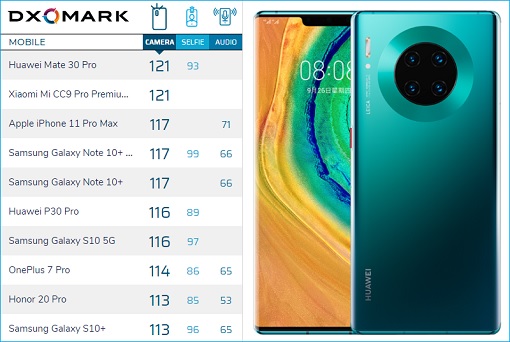 Samsung, the previous champion, lost to the Huawei Mate 30 Pro largely due to a phenomenal Photo score of 132, a full 6 points ahead of the South Korean phone manufacturer. The Photo score is calculated from the sub-scores on tests that examine different aspects of a device’s performance for still images under different lighting conditions.

But the camera isn’t the only area where Huawei won the benchmark. In DXOMARK’s reviews on audio, Huawei has also gained the top score. The Huawei Mate 20 X, a huge phone with a whopping 7.2in display, has beaten other top branded phones including Apple iPhone XS Max and Samsung Galaxy Note 10+ 5G in the rigorous DXOMARK Audio test.

DXOMARK said – “The Huawei Mate 20 X is the top scorer in our Audio tests of all the devices we’ve tested thus far, with its Overall score of 75 besting Samsung’s S10+ by ten points and the Note 10+ by 9. It is also the only Android phone we’ve tested that scored above Apple’s large-screen iPhone XS Max – although only by one point.” 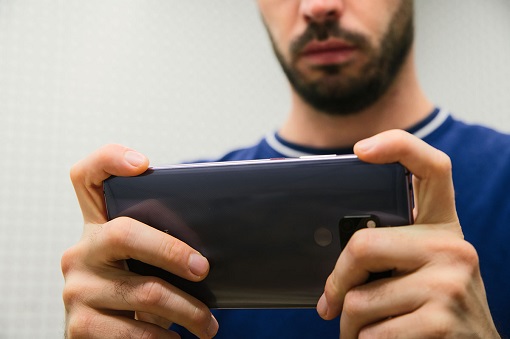 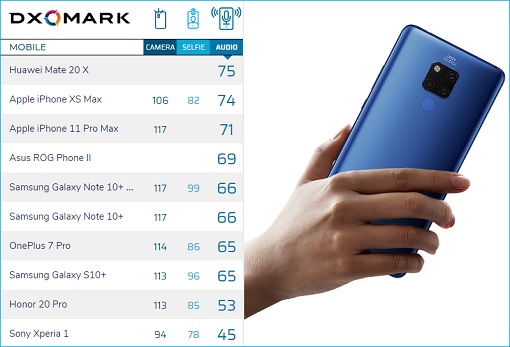 “The Mate 20 X did particularly well when playing back movies and music, achieving a substantially higher score for those use cases than any of the other phones we have tested. While still the top scorer among the Android devices we tested, its performance while gaming was less stellar, and behind both the iPhone XS Max and the iPhone 11 Pro Max,” – said DXOMARK.

For recording, the Mate 20 X was also the top-rated devices, achieving a score of 70 and beating other Android phones like the Samsung S10+ and the Note 10+, as well as the iPhone XS Max. It achieved this primarily because of the quality of its meeting recordings, along with scoring among the top devices in other use cases for memos, videos, and concert recordings.

Sure, the Huawei phone is only slightly better than the latest iPhone, beating the Apple brand by just one point. But it beats the Samsung Galaxy S10+ and Note 10+ by miles. What does this tell the critics that China products are inferior? It proves that Huawei’s phones are increasingly well-designed and produced and offer genuine quality and distinctions. 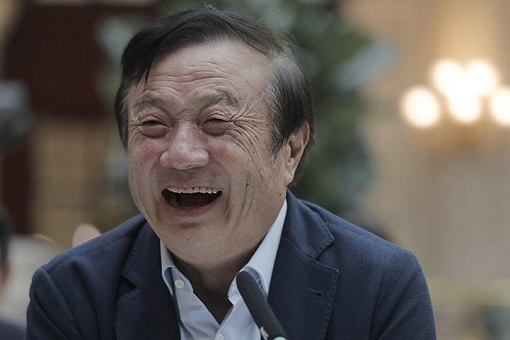 There’s little doubt that not only Huawei has beaten South Korean Samsung, but also American Apple phones. And the Chinese company shows that it could produce a better phone at a cheaper price. To make life difficult to its competitors, Huawei improves the camera, screen, battery life, and innovation of its phone while not neglecting small parts like audio.

More importantly, the fact that Huawei continues to produce quality phones despite being blacklisted and sanctioned by Trump administration shows that the Chinese brand has no intention of surrendering to the United States. It only makes the company more determined to beat the world’s top brand by continuing innovating – and slashing prices – much to the cheers of consumers.