KUALA LUMPUR – A former member of Yayasan Akalbudi board of trustees said Datuk Seri Dr Ahmad Zahid Hamidi (pic, centre) ordered him to sign blank cheques in the name of the foundation without being informed of the purpose of the cheques.

Mohd Samsuri Tun, 66, who is now a businessman, told the High Court that he only signed the cheques when told to do so by Ahmad Zahid, who is one of the founders of Yayasan Akalbudi.

“In my tenure as a trustee holder of Yayasan Akalbudi, I pre-signed cheques for the foundation, but I did not know the purpose of the cheques.

“The cheques I signed were blank,” he said when reading a witness statement on the second day trial of the former deputy prime minister who is facing 47 criminal charges involving several million ringgit belonging to Yayasan Akalbudi.

“I was also not referred on the account statement or financial statement of the foundation,” he said when examined by Deputy Public Prosecutor Lee Keng Fatt.

The fourth prosecution witness told the court that he also did not know that Yayasan Akalbudi had millions of ringgit in its fund, as he had no access to the bank statement and the foundation did not table any annual financial statement.

Mohd Samsuri, who is a schoolmate of Ahmad Zahid and also studied in the same university with him, said he was also ordered by Ahmad Zahid to sign his letter of resignation as a director of Yayasan Akalbudi on April 4, 2012.

“I was told to resign as the bank had informed that I was unable to sign Yayasan Akalbudi cheques.

“I only received the instruction to resign,” he said.

To a question by counsel Datuk Ahmad Zaidi Zainal who is representing Ahmad Zahid that the resignation was not at the instruction of his client but rather the witness had received a bankrupt notice from the bank, he said: “Correct, but Ahmad Zahid is my boss, whatever orders given to me, I will follow.

“If he said I can resume my post as director without the power to sign cheques, I will accept.”

Ahmad Zaidi: You knew if you received the bankrupt notice, you will not be able to sign cheques. Datuk Seri Ahmad Zahid would not ask you to stop if you did not receive the notice. 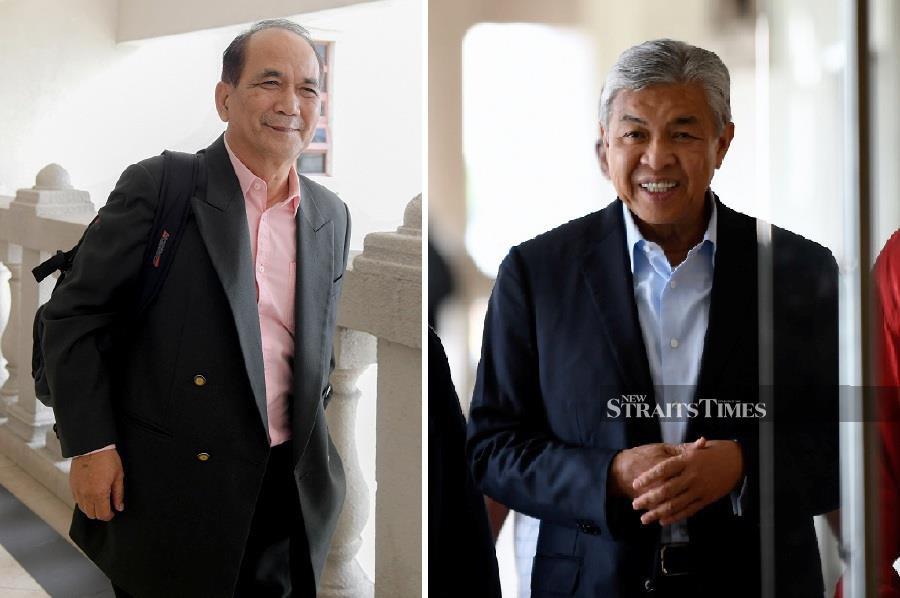 To another question by Ahmad Zaidi on whether the witness knew the original purpose for the setting up of Yayasan Akalbudi as a charity to assist the people, Mohd Samsuri answered: “I am not sure but to my knowledge, the foundation was set up to collect funds for Umno especially Bagan Datuk constituency and for Ahmad Zahid’s political career.”

Mohd Samsuri: Not sure.

The witness also did not know Ahmad Zahid made a huge profit from the share price gain and channelled it to Yayasan Akalbudi.

Questioned by Ahmad Zaidi whether the witness knew that from RM120,000, only RM30,000 or RM40,000 was used for his personal expenses, while the balance was credited into Yayasan Akalbudi, Mohd Samsuri replied: “Not sure”.

Ahmad Zahid, 66, pleaded not guilty to 47 charges with 12 of them for criminal breach of trust (CBT), eight for corruption and 27 for money laundering involving millions of ringgit in Yayasan Akalbudi funds.

The trial was conducted before Justice Collin Lawrence Sequerah.