‘The question is are you a PKR leader or a puppet of Bersatu?’

Fairplay: PKR deputy president Azmin Ali, you still don’t get it, do you?

For too long you and PKR vice-president Zuraida Kamaruddin have been trying to sabotage your party by refusing to attend any council meetings on the grounds that both of you have other priorities.

However, instead of sacking both of you, party president Anwar Ibrahim decided to do nothing.

And your continued support for Bersatu chairperson Dr Mahathir Mohamad to stay on as prime minister for a full term, notwithstanding the agreement reached by the Pakatan Harapan coalition just before GE14, showed that you decided to turn traitor in the wishful thinking that Mahathir would favour you.

Now you got the cheek to say they wanted to silence you? If I am Anwar, why would I silence you? I would just put you in cold storage.

Now if you got any dignity left, resign and join Bersatu since you believe Mahathir is the real kingmaker as to who should be the 8th PM.

Lord Denning: Firstly, Azmin does not attend the party meeting where the agenda should have been discussed. Then he expects to turn up and talk to the Youth and Wanita wings when he has a sex scandal hanging over his head.

By the way, Azmin has not taken any active steps to sue the party accusing him of being involved in a homosexual sex act and extramarital rendezvous in a hotel.

Then he gets exposed in another scandal when he failed to pay his travel bills, which showed his children taking expensive flights with no explanation of how they could afford such an extravagant lifestyle. Furthermore, he gets sued for not paying the bills even after letters of demand were issued.

MACC chief Latheefa Koya and MACC need to have this case on their radar and obtain a logical and clear explanation before clearing Azmin.

Surely this man should not be allowed to speak to the party’s Youth and Wanita wings. What kind of role model has he shown himself that he deserves the right to address the meeting?

Siva1967: Dear Azmin, who is being divisive? Wasn’t it you who openly said that Mahathir should be given a full term? Is this how you support your own party’s president by openly supporting another party’s chairperson?

Anyway, when are you going to sue former PKR Santubong Youth chief Haziq Abdullah Abdul Aziz for defaming you?

There was a lot of respect for you during the Kajang move and your subsequent tenure as Selangor menteri besar, but now that you have found a new avenue for power via Mahathir, you have abandoned the struggle.

Mahathir is only using you to stop Anwar. You stand a better chance of becoming deputy prime minister by supporting Anwar instead of Mahathir but alas, you placed your bet on an old horse.

Vgeorgemy: We thought Azmin found much joy in attending Bersatu meetings rather than PKR meetings. Why is he changing his position now?

Anonymous_b3cdcd05: Azmin, of all people, has forfeited his right to dictate or demand anything by convention or right from his party.

In fact, the damage he has done to PKR and Harapan renders him a threat to the continued stability of the coalition as the ruling government.

It would be unwise to allow him to officiate the youth wings as he is not in conformity with PKR leadership on issues and the Harapan’s substantive succession agreement. 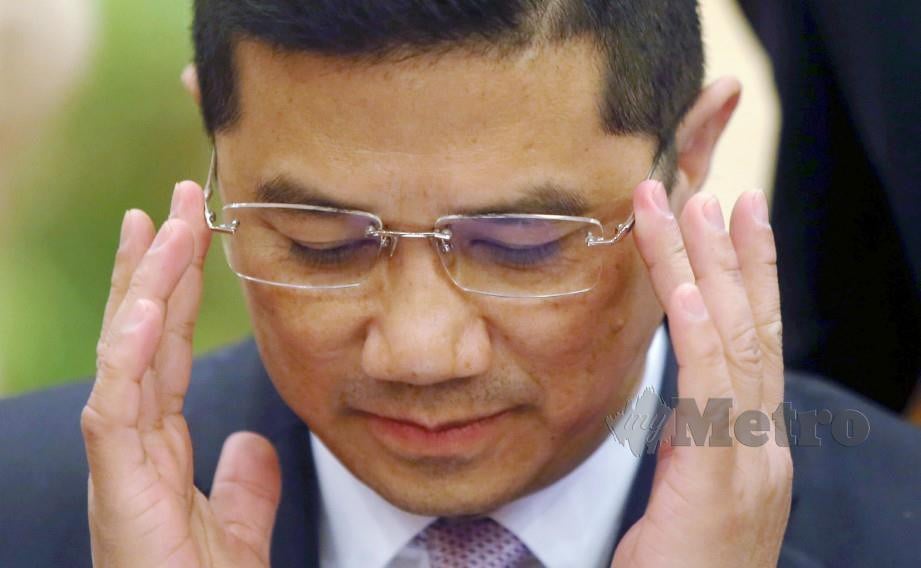 He has taken a clear stand against his party president that tantamount to open defiance of party discipline.

Salvage Malaysia: PKR shouldn’t be like Umno. As much as there is a feud going on but as long as Azmin is still the deputy president, the party should follow protocol and let him officiate the PKR Youth National Congress.

PKR should show that it is magnanimous enough and not to be like Umno when they barred its then deputy president Muhyiddin Yassin. The party should settle its feud in a different way.

Gerard Lourdesamy: What is there to silence you, Azmin, when you are vocally supporting Mahathir remaining as prime minister until 2023 and the backdoor government of Bersatu, Umno and PAS while excluding DAP and Amanah?

The question is whether you are really a PKR leader or a puppet of Bersatu in PKR?

After your constant attacks against your party president, Anwar, you are not fit to open any party function. Indeed, given that you have not attended any party leadership meetings since September 2018, why should you even bother to attend this function?

The rank and file consider you to be a non-entity. A ghost in the party.

Mk Follower: In any organisation, if you were given the opportunity to contest for the post of president but you declined and instead chose to undermine the person who subsequently became the president, you have lost all the moral grounds to talk of righteousness.

Your act would be regarded as treason.

Frank: Azmin, you have for some time now neglected to show much appreciation to your party and the people who voted for you and Harapan.

What difference have you made since becoming the economic affairs minister? Even your attempt to make your Felda/FGV speech in Parliament as something brand new became a yawning subject matter for the people have heard it all before.

The Analyser: Azmin, I didn’t realise that you had anything worthwhile to say (at the PKR congress).