Much has been said in the press about the oversupply of doctors. Nearly all believe that this is a bad thing for the country. However, they fail to realise that this situation arose due to the government not spending on needed infrastructure such as hospitals and schools for the common man and instead they spent on showy name building projects. The debt created by massive losses due to corruption added on to it.

Do we have an oversupply of doctors?

Till today we have not reached the agreed ideal required number of doctor to patient ratio which is 1:400. Currently the ratio seems to stand at 1:625 (based on the Ministry of Health’s 2017 data of 1.6:1000). The solutions being put forward are mainly archaic in nature. Many are blaming the number of medical colleges in either the public or private sphere and thus calling for more stringent entry and vetting requirements. But is this the way to go about it?

If we have an oversupply of doctors, why should the common folk have to travel by foot and boat in treacherous trips just to get to a hospital in interior places like Sabah and Sarawak? Try going and telling them about the over supply of doctors and they will gladly ask for doctors to be sent to their villages. 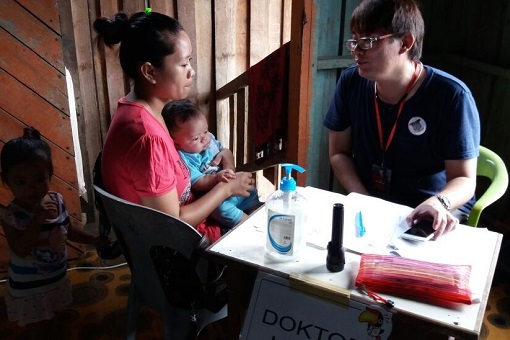 This mismatch is because government infrastructure has been mainly based in big cites unlike placing preference for good primary health care in remote locations like what is done in other countries with similar socio economic societies. In our ambition to be developed, we built modern hospitals to cater for the priviledged classes while forgetting about primary health care for rural folk. Won’t more doctors translate to more doctors in rural areas?

What other benefits are there if we have more doctors?

More doctors will mean more competition which will only be good for patients especially in the private sector. We get more people to train as specialists in all fields which are lacking. We get more doctors who do not want to practice joining research based fields of medicine and the pharmaceutical industries. These are lacking now. We cannot become a modern industrialised society overnight!

Many medical related multinational companies give a miss for Malaysia and now move onto the Philippines and Thailand as they can find a ready pool of medical graduates to hold positions in their esteemed companies. We’ll also have more people taking up full time lecturing positions. In future, we will not need to hire foreigners to lecture, work as specialists or hold posts in multinational biotech firms. 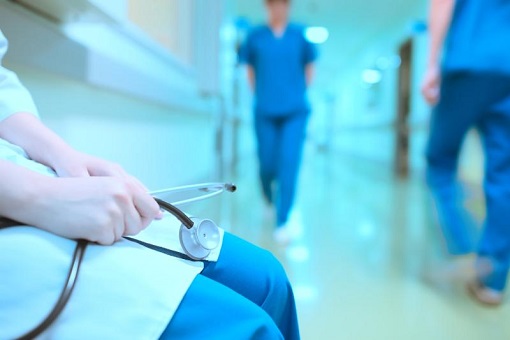 There is a recent research paper published in Australia and made available online (https://www.ncbi.nlm.nih.gov/pubmed/7369959) which states that an oversupply of doctors has advantages related to:

(1) improvements in the quality of clinical medical care;

(4) the ability of doctors to participate in regular professional up-grading programmes; and,

(5) an increased capacity to participate in aid programmes within the South-East Asia region.

Thus, let us not debate that this oversupply is hazardous to our medical profession but instead look forward and be thankful for this blessing. We have to start thinking outside the box! We can’t be protectionists just to make sure our nest egg is secure and refuse to delve into the actual causes and solutions to the problem. Right now, all complaints are due to the limited number of places for housemanship training.

Previously, when we lacked doctors, we claimed that doctors where not properly trained and thus had to serve housemanship in Malaysia and extended the time to 2 years and even increased the medical officer years also. All this was done under the guise of training to lock doctors with the government for a minimum of 4 to 5 years so we had enough doctors to man wards. 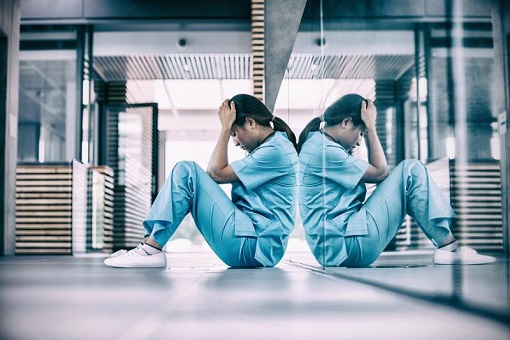 How do we solve this?

(1) working with the government, or

(2) in private practice under supervision or

(3) to start their residentship to work towards a medical specialisation.

Why don’t we consider that? Until there is more infrastructure built, the stagnation of houseman and medical officers will continue to take place. Putting speed bumps for those whose ambition is to be doctors is not a feasible solution.

Even housemanship should be open for all medical graduates from institutions registered by the World Health Organisation. It is not necessary for the MMC to have a list of recognised and unrecognised universities. When we are in an economic crunch, why should MMC be spending money on this process which is open to abuse and influence buying. The WHO has already done the vetting in each country.

That should be a sufficient requirement for all those who aspire to work here. Other countries have an adaptation process for those from overseas. Here, instead of treating everyone as equals, we force those who had a dream to become doctors from so called unrecognised universities to qualifying exams which have been proven to be biased in the past; while releasing those from government and recognised universities. 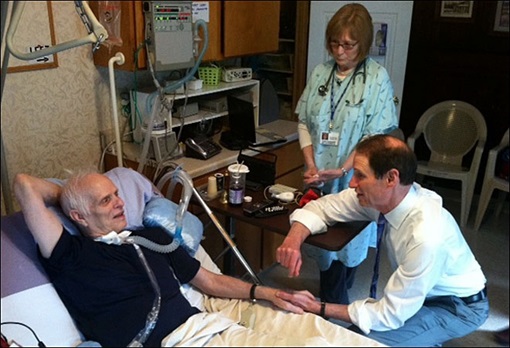 In the US and Canada, all have to take qualifying exams before they can practice. However here, due to the lack of manpower, this will not be a feasible solution in the immediate future. Instead, as was mentioned above, let everyone join housemanship.

Thus, let all those whose universities’ are WHO recognised to be allowed training in these 3 departments in not only government hospitals but even private hospitals. This will immediately reduce the stagnation taking place for doctors to start housemanship. I’m sure big private hospitals like Assunta will be glad to have these doctors to ease their workload and train them up. 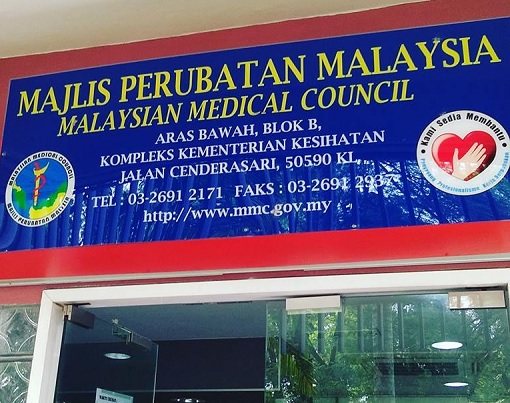 Just like lawyers undergoing chambering at private law firms, why are we still insisting on housemanship to only be by government hospitals? The MMC can easily approve private hospitals for such a task! After doing the training in private hospitals, let those who would like to join the government service apply for MO posts to rural areas with a bigger cost of living allowance (COLA) to encourage them.

What else can be done?

We can even go a step further and allow those who have passed international exams like the Australian Medical Council (AMC) exams, the UK PLAB exams, the US USMLE and Canadian Exams to immediately forego this part of the Medical Act and either work under supervision with a GP or start their specialist training and registration  immediately. The minister has the power under article 12.(1)(a)(ii) to do so.

These are world renown exams and the AMC is especially known as being one of or maybe the toughest medical exam in the world. But right now we don’t even take into consideration these exams and thus we allow a brain drain to take place and hope this brain drain will reduce the number of doctors in the country! 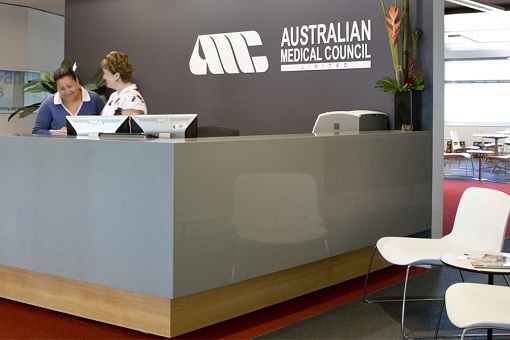 Those who have proven themselves especially with external exams, let’s fast track their wishes to become GPs and specialists if they desire that and not hold them back. If they desire a government job with a lifetime pension, then let’s allow these doctors to apply immediately to become Medical Officers in the government service.

But for those who would like a career in the private sector, let’s enable the private sector to vet and train them up. It’s a win-win situation for all! Thus, this will motivate young doctors to do these expensive and tough exams and have a fast tracked career pathway without housemanship but with supervision in their future roles as GPs, MOs and residents.

How can change come about?

To carry out these solutions it will need a new wave of thinking from all stake holders which should ideally be spearheaded by the Health Minister who can even propose laws to be changed if needed. Let’s not moan that we don’t have enough places to train housemen and MOs anymore but find new solutions by treating all equally and not insisting that the training must be exclusively in government hospitals anymore. 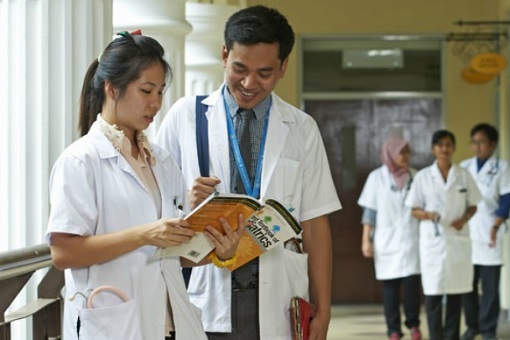 Those who want to lecture or work in the research and pharmaceutical industries should be allowed to do so without forcing them to have an Annual Practicing Certificate (APC). Thus, it boggles my mind that the pharmaceutical industry still insists on the APC to secure a job where there is no interaction with a patient. This requirement should be removed! These doctors do not need a valid APC to work and the MMC can have a separate registration for medical doctors without APC to facilitate this.

Being a democratic country, we should have democracy practiced in all institutions of our country. When all members of the bar council are elected, why do we have 2/3rds of the MMC (21 members) appointed from the various universities? Only when all are elected, will they work towards making changesthat are beneficial to doctors. Right now those appointed are not going to make policies that go against the accepted norm as they are comfortable in their posts.

If they know that they can be voted out in the next round of elections, they will immediately buck up and start thinking outside the box and make the relevant changes to make our medical sector not only a thriving healthcare industry for the Malaysian public but also an income generator for the post 2020 economy. 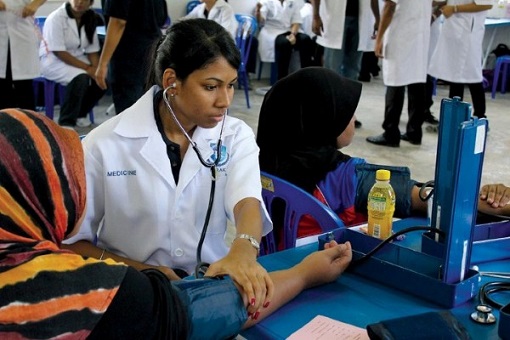 I have put forward many radical new ideas. Actually, all these are already practiced in other countries without major problems. Will Pakatan Harapan have the moral and political fortitude to implement these changes and put an end to the malaise in the present system?

I’m sure everyone is fed up having to wait nearly ½ a day at government hospitals and being told there are not enough doctors while the medical associations moan that there are too many doctors and not enough places to do trainings. It’s time to change our set ways and thinking!