MALAYSIA’S only company in the Fortune 500 list has sometimes been touted as a listing candidate for the government – if it needs to raise funds.

However, the listing exercise of Saudi Aramco – the national oil and gas arm of Saudi Arabia – underlines why a listing of Petronas is not a good idea and will probably not yield the desired results.

The prospectus of the much-awaited listing of Saudi Aramco was released last Saturday. The 658-page report had a lot of details on the workings of Saudi Aramco, its reserves and the reserves of the kingdom, the plans going forward, profitability, prospects and risks.

The company devoted more than 10 pages to the various risks it faces for its operations. It ranged from regional political conflict to demanding market conditions and constraints of it being a company that is owned by the government and being asked to undertake works outside its core business.

Interestingly, one of the dangers Saudi Aramco faces is possible action by the US government should it deliberately reduce output to manipulate the price of crude oil. In the prospectus, the company stated that the US House of Representatives introduced a bill that makes it unlawful for foreign countries and foreign parties to deliberately reduce production of oil. The bill was proposed in February this year and if it becomes law, it would impact Saudi Aramco, which has the largest oil reserves in the world and is the leader of Opec.

The risks aside, the prospectus gave an insight on the sprawling operations of Saudi Aramco.

With reserves of 257 billion barrels of oil equivalent as at December 2018, Saudi Aramco’s average listing cost or cost to extract the oil is only US$2.80 per barrel. Its oil reserves is more than the total reserves held by the five major oil companies that comes up to 201 billion barrels of oil equivalent.Saudi Aramco goes into length on its relationship with the government, the value of the related party transactions and the tax rates.

However, as much as Saudi Aramco wanted to please foreign investors, the information in the prospectus were deemed inadequate. The foreign media had taken pot shots at Saudi Aramco’s prospectus, describing it as having inadequate information on the businesses for them to make an informed decision on its valuation.

Saudi Arabia Is Running Out Of Money, Badly Needs Aramco IPO – But The Company Has Extraordinary Risks 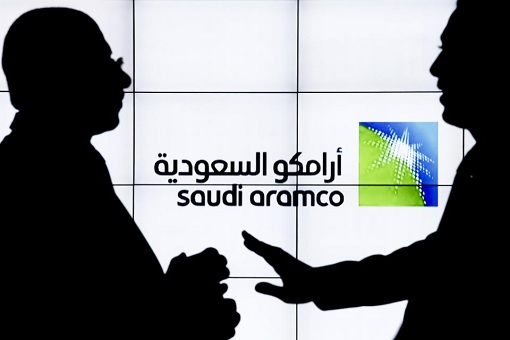 Saudi Aramco’s listing was touted at US$2 trillion. Now, the fear is that it would not garner huge response from foreign investors.

Saudi Aramco has virtually all the international bankers involved in the listing exercise of what is described as the world’s most valuable company. But until the book building ends in early December, nobody can say for sure if the valuation target would be reached.

Should Petronas decide to list sometime in the future, it would probably get the same treatment. Initially the foreign investors would be jubilant as it would pave the way for the national oil and gas company to be transparent about its operations and finances.

A long line of bankers with their fancy suits would wait at KLCC hoping to get some part of the shares for sale. However, as seen in the case of Saudi Aramco, a long list of bankers wanting to sell the shares does not guarantee success.

A Petronas listing would meet a myriad of problems starting from the point of where it would be listed to what kind of valuations it would command. And ultimately, whether the government, which owns 100% of Petronas, would be willing to be transparent in the operations of Petronas as required by a listed entity.

Petronas by far is the most profitable corporation in the country. It recorded a net profit of RM55bil as of end-December 2018. Based on its profits, its value would be anywhere between RM500bil and RM600bil. It would be five times the size of Maybank, which is the stock that has the most influence on the benchmark FBM KLCI.

Imagine a giant five times the size of Maybank on Bursa Malaysia. It would dominate the exchange. Foreign investors wanting to have an exposure in Malaysia just need to buy into Petronas.

Saudi’s stock exchange fell more than 2.5% when the prospectus of Saudi Aramco was released. The reason is funds were exiting from the current portfolio to put money into Saudi Aramco.

What happened to the Saudi stock exchange is a grim reminder of what could happen to Bursa Malaysia The sheer size of Petronas would turn Bursa Malaysia into an exchange that is heavily concentrated on one oil and gas stock.

Secondly, whether a listing of Petronas would bring in new money is uncertain. It has to give out high dividends consistently to attract quality funds into the company. What we don’t want to see is the same old names such as the Employees Provident Fund and Permodalan Nasional Bhd ending up having to take up the bulk of the shares.

In the case of Saudi Aramco, bankers are not sure how much new money would come into the country.

Among its stronger points is an annual dividend payout of US$75bil. If Saudi Aramco hits a US$2 trillion valuation, it translates to a yield of 3.75%, which is lower than what the other oil majors such as Royal Dutch Shell and ExxonMobil that pay out close to 5% or more.

As for Petronas, can it afford to commit to a consistent dividend payouts and that too at large amounts? It is highly unlikely.

The national oil company is already complaining that the government cannot expect it to consistently pay out huge dividends because it needs to conserve cash to build up its downstream business.Can Petronas afford to operate its business like a listed entity if it had other shareholders apart from the government to contend with? It is highly unlikely.

Whether we like it or not, Petronas is one of the companies that the government uses to help bumiputra businessmen.

A listing of Petronas is nice to ponder and talk about. But after looking at what Saudi Aramco is going through, sometimes it makes one wonder whether it is worth the while.

Anyway, Petronas has already listed three of its subsidiary companies. For now, the best option it has is to list its subsidiaries.