In Tanjung Piai, Syed Saddiq, the current Minister of Youth and Sports, has shown that for the everyday Malaysian – living under Pakatan Harapan means that its business as usual.

In an attempt to counteract criticism from their Semenyih campaign, it seems that Bersatu has taken the initiative in executing a proper election campaign. However instead of sticking to the principles that are so proudly expoused in the Pakatan Harapan manifesto – they have decided that Malaysia Baru means Malaysia Lama.

He and his fellow Bersatu colleague, Rural Development Minister Rina Harun continue to rain money in Tanjung Piai, showing that the mentality of patronage is still well and alive when it comes to dealing with the rakyat.

Interestingly, when Syed Saddiq was confronted by the media on this matter – he took it as an opportunity to attack the media, as if it was wrong to question the “coincidental” allocations to Tanjung Piai.

Malaysians are not dumb; they know vote-buying when they see it. Trying to justify it by saying its “coincidental” is just insulting to not only the voters, but the thousands of supporters that got you across the finish line during GE14.

It is this sense of impunity that permeates and frustrates Malaysians with this government. Take for example the recent over the #boycottTouchnGo movement recently – as netizens expressed their great frustration with lackluster service that is being given by the state-managed payment monopoly.

Yet It is surprising that Syed Saddiq was nowhere to be seen thus far. After all, it took him less than a day to jump to the defense of the FoodPanda riders.

It puts into question what justifies direct intervention by Pakatan Harapan politicans – why not Touch’n’Go?

Or does defending the rights of consumers in this particular case leave him duly exposed to bad press. Especially given his own involvement in supporting Pakatan Harapan’s manifesto promise of abolishing toll fees – an idea that was made extremely popular by Pakatan Harapan during the General Election campaign.

Looking at the bigger picture, what about the 1 million high quality jobs for youth as promised during the election campaign – or has that fallen on the wayside?

The facts are clear. The youth unemployment rate in Malaysia, at 10.9 percent officially, is more than triple the national rate of 3.3 percent. Unemployed youth make up almost 60 percent of the 504,000 currently unemployed. 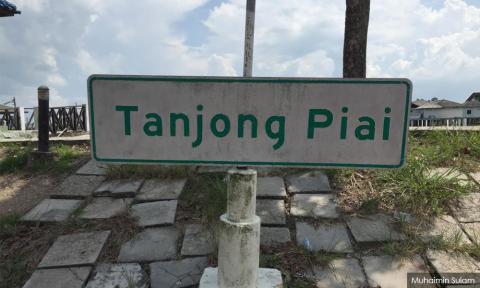 Pakatan Harapan campaigned loud and clear on youth-friendly policies with firm pledges to tackle youth unemployment. But after more than a year of unfulfilled promises like amending the Universities & Colleges Act to allow students to become involved in politics, disillusionment is increasing rapidly.

Yet in the 2020 Budget, there was no mention of the abolishment of PTPTN after having the topic feature so prominently in Pakatan’s election manifesto. Why focus on odd jobs and labor-intensive contract work like promoting GoJek when advancements in 5G, IoT (Internet of Things) and Artificial Intellgence (AI) will most probably replace the human factor within the next few decades?

Perhaps current government’s greatest sin is not the broken manifesto promises but the growing perception that the government has betrayed the hopes of 8 May 2018. The government has clearly shown that it is incapable of tackling the core issues that continue to threaten the Malaysian project – a dysfunctional education system, growing racial and religious polarisation, an economic system that stifles competition, an out-of-control religious bureaucracy and growing inequality between the rich and poor.

While our ministers have been vocal in their criticism over our current state of affairs, they still have no real solutions towards these problems, content with blaming the previous government and being stuck in “opposition” mode. They repeat the same talking points of a supposed Malaysia Baru – but act in the interest of parties that only seek to reinforce the status quo.

Most Malaysians are concerned about the same things, which is the ability to put food on the table, decent pay, the environment, securing a roof over their heads and a secure homeland.

Solving these issues might not require a new paradigm, Pakatan Harapan. But it will need you to start thinking about what your coalition really stands for.