Hadi, whose party has backed Wee in the by-election, said it was only a personal opinion.

“That is a personal opinion. We work with the party,” he said.

Hadi did not mention whether he was referring to Wee’s party MCA or Umno.

While PAS does not have an official pact with MCA, it is in an alliance with Umno through the Muafakat Nasional and has therefore adopted a friendly approach to Umno’s BN allies.

Before the general election, PAS had tabled a private member’s bill to amend Act 355, which garnered support from Umno when it was in the government.

The increased punishment will allow states to impose punishment for certain offences that are consistent with hudud.

The move was seen as manoeuvring to put Muslim MPs in Pakatan Harapan in a difficult position but it also causes friction within BN where the non-Muslim parties, including MCA and MIC as well as East Malaysia-based parties, objected to the bill.

The bill was not revived after BN was defeated in the general election and PAS failed to gain substantial parliamentary seats after going it alone.

Wee (above), when interviewed in Tanjung Piai today, said MCA’s position is consistent against the Act 355 bill but said it was now a matter of the past.

He will be facing Bersatu’s Karmaine Sardini, who will try to defend the parliamentary seat after its incumbent Bersatu MP Md Farid Md Rafik passed away from a heart attack in September.

Even though Berjasa is supposed to be a PAS ally under the Gagasan Sejahtera alliance which also includes Ikatan, PAS has snubbed the party.

“We do not agree with him (Berjasa) contesting but that is up to him,” said Hadi, who is also the Marang MP.

Asked what will happen to Gagasan Sejahtera, he said: “We will review it from time to time”.

Hadi reiterated that PAS will mobilise its supporters to support MCA and BN. 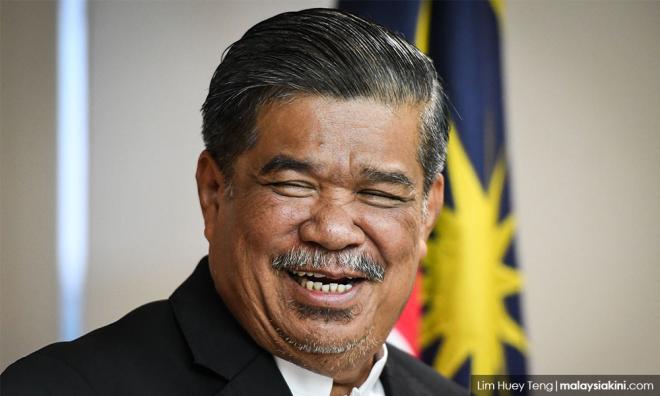 TG PIAI POLLS | Amanah president Mohamad Sabu took a jab at his old party PAS tonight for their support of MCA in the Tanjung Piai by-election.

This is because during the Cameron Highlands by-election 10 months ago, PAS had called on Muslim voters to back BN because the candidate was a Muslim.

“In Cameron Highlands, they (PAS) said don’t vote for non-Malays, non-Muslims as we need more Muslims in Parliament.

“But in Tanjung Piai, they said vote for the non-Muslim. I’m not sure what kind of party this is, they have no principles at all,” Mohamad said at a Pakatan Harapan ceramah in Pekan Nanas, Pontian, last night.

PAS and MCA make odd bedfellows as the two were often in opposition with each other.

MCA’s candidate Wee Jeck Seng said the party is consistent in its stance against PAS’ plans to amend Act 355 to allow for stricter syariah criminal punishments.

However, PAS President Hadi Awang had dismissed Wee’s statement as a “personal opinion” and that it was working with the party and not an individual.

Meanwhile, Mohamad also took a shot at PAS for backing MCA instead of its own Gagasan Sejahtera coalition ally, Berjasa.

“They left Berjasa […] their friends! They left them because they want to follow bossku (Najib Abdul Razak)

“This is what happens when you have no principles, so I hope the Chinese here will reject BN on the 16th (polling day),” he said.

Mohamad, who is also defence minister, was dressed in his ministerial uniform when he spoke at the ceramah in front of the Jiayibei restaurant in Pekan Nanas.

About 50 people were in the restaurant at the time of the ceramah, some of them dressed in Harapan and party colours.

After the ceramah, Liew was confronted by a middle-aged man who berated the minister for not listening to him, before walking away.

He declined to tell the media what he was angry about, but onlookers claimed he was not happy with one of Liew’s responses to his questions.