Admiral Michael Mullen, former chairman of the Joint Chiefs of Staff, once said – “The most significant threat to our national security is our debt. He commented that back in 2010, when the federal debt totalled US$13 trillion. Nine years later today, Donald Trump has taken over from Barack Obama. But the debt continues its rampage. Not even Trump could stop it.

According to data released by the U.S. Treasury Department on Friday, the federal government’s outstanding public debt has surpassed US$23 trillion(£17.8 trillion; RM95.5 trillion) for the first time in history. The debt has grown about 16% since Donald Trump’s inauguration, when it stood at US$19.9 trillion.

The highest growth in national debt happened under former President Barack Obama, who brought the federal debt above the US$20 trillion mark. President Donald Trump may have slammed Obama about the national debt, but he has followed the same pattern of increasing the debt. He is the third consecutive president to run an annual budget deficit of more than US$1 trillion. 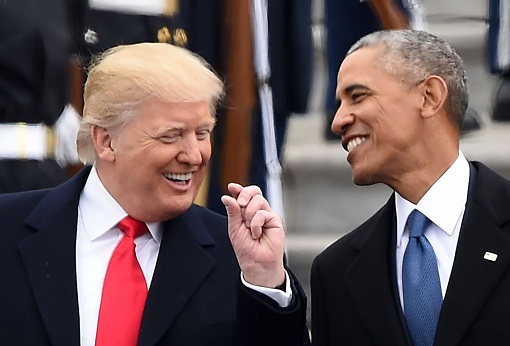 Yes, both President Obama and President Trump had accumulated on average US$1 trillion of debt every year. “Reaching $23 trillion in debt on Halloween is a scary milestone for our economy and the next generation, but Washington shows no fear,” – said Michael A. Peterson, CEO of the fiscally conservative Peter G. Peterson Foundation.

The best part is the nonpartisan Congressional Budget Office expects annual deficits of $1 trillion will continue for at least the next 30 years. While the military and economic superpower will not collapse overnight, the piling on debt and the deteriorating fiscal position could threaten and ruin the nation in the long run. 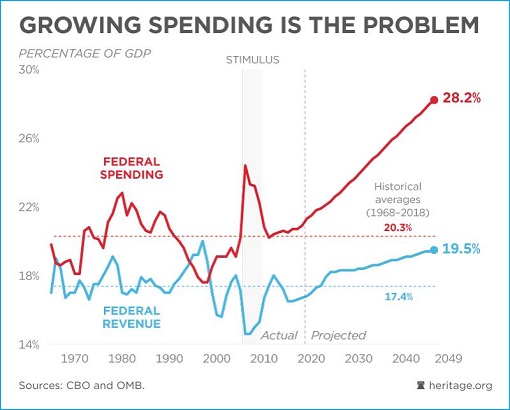 First, as the national debt grows, so too will interest payments on the debt. In the 2019 fiscal year, the U.S. government had to pay US$376 billion just on the interest alone – nearly half the defence budget. The interest payment was as huge as the annual GDP (2018, World Bank) of Israel (US$369 billion), Hong Kong (US$362 billion), Malaysia (US$354 billion) or Denmark (352 billion).

Second, the growing national debt will put pressure on funding for national defence. As interest payments and non-defense programs further dominate federal spending, the U.S. government has no choice but to slash the military budget. The interest payments were more than the amount spent on the combined costs of education, agriculture, transportation and housing.

The largest factor contributing to the ballooning debt is entitlement programs such as Social Security, Medicare, and Medicaid. It’s the biggest problembecause the majority of Americans receive more in benefits from such programs than the taxes they paid in their entire life. Without reforms, higher taxes would need to be slapped on younger workers. 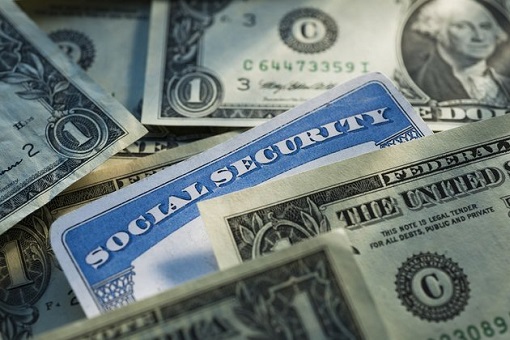 But imposing a higher tax regime without a good justification would be a suicidal mission for politicians. Therefore, to avoid making difficult choices on taxes and spending, most politicians prefer the easier option of letting the debt pile up. Until they face political consequences for doing so, they will keep passing the bill to the next presidency and the future generations. 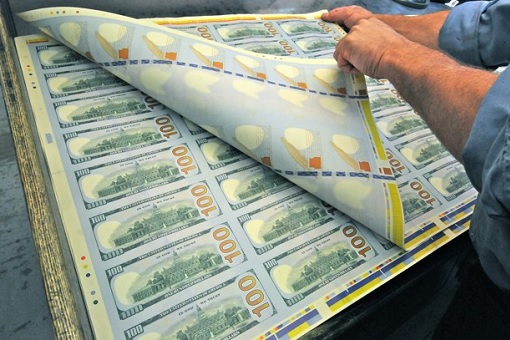 Still, some economists have expressed little or no concern about the U.S. deficit as well as its ever growing national debt. They completely dismiss the risk of the superpower defaulting on debt, arguing that large economies, such as the U.S., could survive simply by printing more money. Debts, they argued, are good and essential in spinning American economic wheel.