NAJIB Razak will be qestioned by police after a report was lodged against the former prime minister by an aide to Perak DAP chief, Nga Kor Ming, over an alleged fake online posting.

“We will record his statement following a police report made against him, but the date is still not confirmed,”   he said when contacted.

It was reported last week that Nga’s private secretary Tan Tiong Yih lodged a report at the Ipoh district police headquarters over allegations made by Najib in his Facebook post.

The Dewan Rakyat deputy speaker was summoned to Bukit Aman at noon to have his statement recorded after police reports were lodged against him.

It was alleged that Nga through a Facebook page insulted Selangor ruler Sultan Sharafuddin Idris Shah.

Speaking to reporters, the Teluk Intan MP said he had given his statement to the police in Bukit Aman to assist in their investigation.

Nga was questioned for two hours before being released. 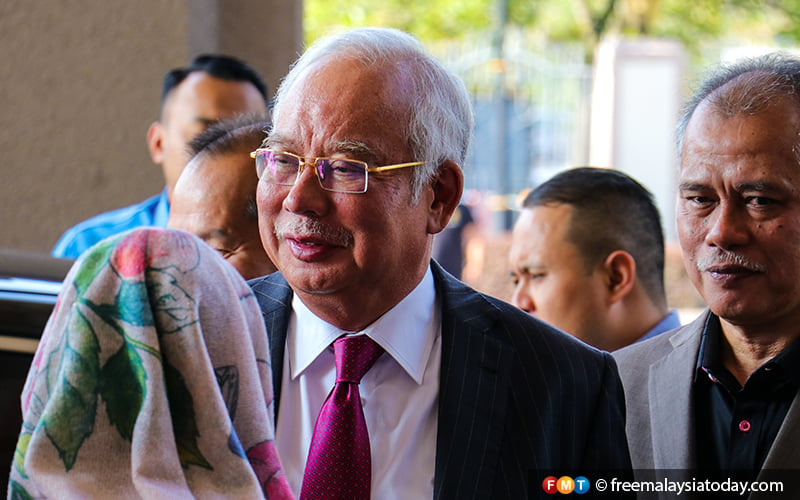 PETALING JAYA: In his latest rebuttal against Dewan Rakyat deputy speaker Nga Kor Ming, Najib Razak reminded the Perak DAP chairman that the police report against him and the “Nga Kor Ming Superfans” Facebook page was made by a representative of the Selangor sultan himself.

“If I had slandered Nga, does this mean that the Selangor palace also made a false police report and slandered Nga, too?” the former prime minister asked in a Facebook post today.

He challenged Nga to come out with a press statement or lodge a police report to rebuke the Selangor palace.

This afternoon, police recorded a statement from Nga in connection with the Facebook page that allegedly insulted the Sultan of Selangor Sultan Sharafuddin Idris Shah.

Speaking to reporters afterwards, Nga urged police to take action against Najib over the alleged slanderous remarks against him on his Facebook page.

Najib said he was “impressed” that Nga was still trying to accuse him of slander, even though he had proven him wrong many times before.

He said Nga’s media statement and police report against him were “full of lies”.

On Oct 2, Deputy Inspector-General of Police Mazlan Mansor said police had opened an investigation against Nga under Section 4(1) of the Sedition Act after a police report was made against the user of the “Nga Kor Ming Super Fans” Facebook page.

He said the report was made on Oct 1 by a representative of the sultan at the Section 6 police station in Shah Alam.