Prime Minister Tun Dr Mahathir Mohamad said while the government expected a shortfall of over RM20 billion this year under SST, almost half of GST’s annual collection of RM44 billion, he assured that this was usual for any newly-introduced taxes.

“This (shortfall) was not due to mistakes in the implementation of SST. When any new taxes are implemented, collection from that tax will experience some shortfall in the beginning. This is due to adjustments that need to be made.

“I’m confident in the coming years, collections from the SST will be higher than GST,” he said in response to a question by Datuk Seri Ismail Mohamed Said (BN-Kuala Krau) on the expected shortfall under SST and if the government has policies and plans to address this.

Dr Mahathir said collection from GST was higher as consumers and businesses were charged multiple times which has caused uneasiness.

“In comparison, SST has been implemented for so many years (before GST was introduced in 2015) and there were never any problems. That was why we decided to revert to SST. 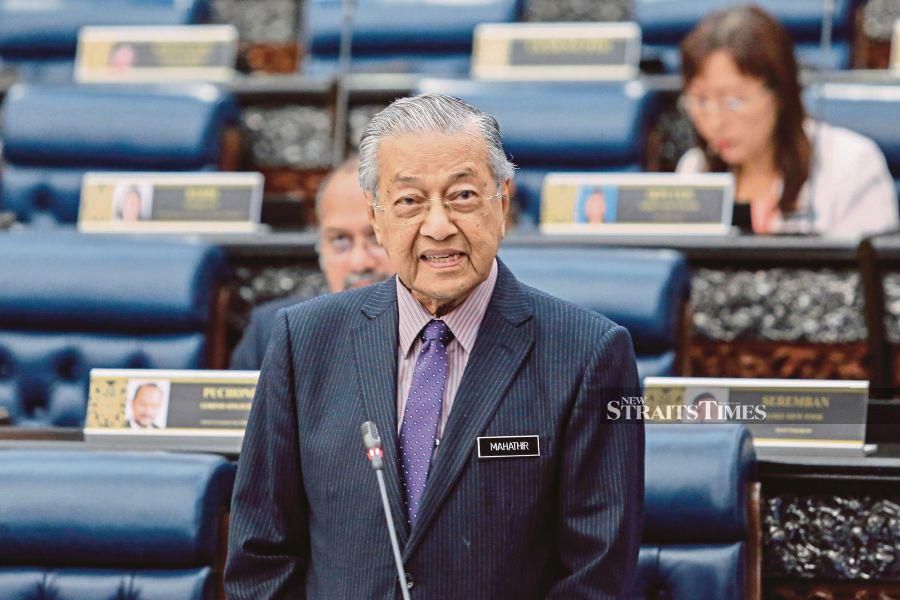 Prime Minister Tun Dr Mahathir Mohamad said while the government expected a shortfall of over RM20 billion this year under SST, almost half of GST’s annual collection of RM44 billion, he assured that this was usual for any newly-introduced taxes. – NSTP/AIZUDDIN SAAD

“Thank you for the offer, but the country will be destroyed if we accept you as a consultant,” he said in response to an earlier offer for free consultation made by Datuk Seri Ahmad Maslan (BN-Pontian), who was Deputy Finance Minister, should the government decide to revert to GST.

Earlier, Dr Mahathir said GST, which was introduced by the previous government, was found to have burdened the people and taxpayers, particularly due to delays in refunds for GST input tax credit which had become costly to businesses.

On proposals to re-introduce GST, he said a thorough study was needed, particularly on the impact of rising prices on consumers, inflation and additional costs for compliance among businesses due to the need to change computer systems and train staff, apart from filing for tax refunds.

Dr Mahathir said changes on tax systems shouldn’t be made frequently as it would impact the investors’ confidence, which would portray a bad image of the country.

“The government is currently in the process of further improving the SST system,” he said.

Deputy Finance Minister Datuk Amiruddin Hamzah had said SST was projected to collect RM22 billion this year, half of what GST collected every year, prompting calls for the government to review the new tax system.