PUTRAJAYA – The Pakatan Harapan (PH) Presidential Council Meeting today made a last-minute request for changes to be made to the 2020 Budget, which is slated to be tabled in Parliament on Friday.

“Therefore, we have made a slight change to the budget proposal.

“It is hoped that the finance minister will take into account the opinions raised and make changes to his presentation (on Friday),” he said at a press conference after the meeting, which lasted more than two hours.

When asked what the changes were, the PH chairman said: “No… I can’t tell you… It is embargoed until Friday.”

The 2020 Budget will be tabled on Friday by Finance Minister Lim Guan Eng.

On another matter, Dr Mahathir defended the appointment of Junaidah Kiting, the wife of the prime minister’s political secretary, as Amanah Ikhtiar Malaysia (AIM) chairman.

“That’s the problem that we are facing now.

“We can’t appoint people who are not only hardworking, but also helped the party (because they are linked to political parties).

“However, we are expected to give away key positions to those who have never helped the party.

“So, it is very disappointing for those who really worked hard for the success of the party,” he said. 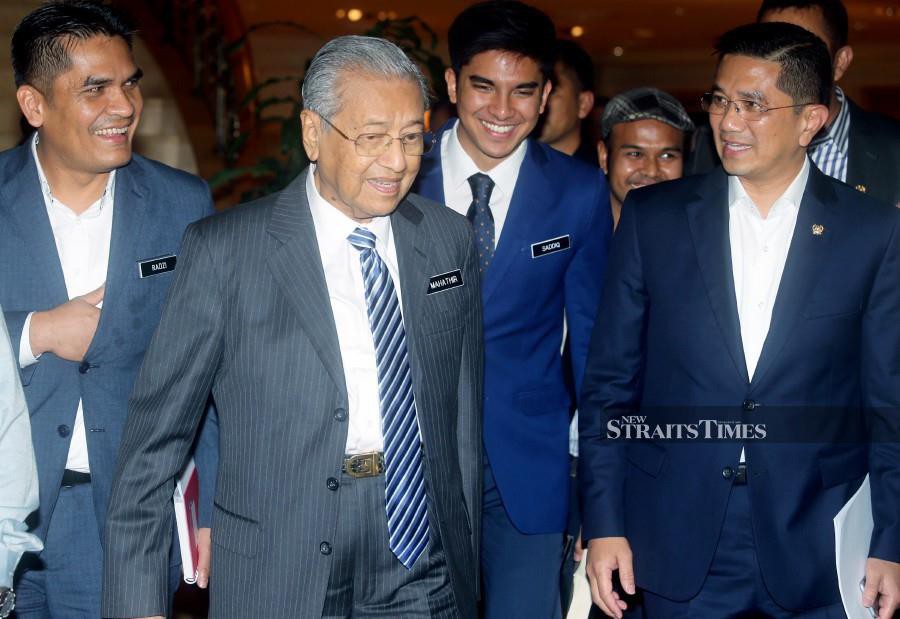 Dr Mahathir said the PH government sometimes appointed individuals with connections to political parties because they were qualified.

“We will continue to do the same even if we find qualified, talented and hardworking individuals but have connections to political parties,” he said.

Junaidah was quoted as saying that the Prime Minister’s Office had nothing to do with her appointment and that criticism over the matter was unfair as it was AIM’s top management which had decided on her appointment.

During the press conference, a reporter asked PKR president Datuk Seri Anwar Ibrahim’s opinion on what Dr Mahathir had said regarding Junaidah’s appointment.

Anwar said he shared the same opinion as Dr Mahathir.

At this juncture, Dr Mahathir asked the reporter in jest whether he wanted to see him and Anwar get involved in a brawl.

The prime minister put up his fists and threw several playful jabs at Anwar, drawing laughter from the floor.