SINGAPORE’S property industry is coming to terms with the idea that, in about a decade, the city may no longer have a central business district. Landlords couldn’t be more chuffed.

There will still be offices, but without the rigid boundary between places where people work, and where they live and shop and dine.

Local developer GuocoLand Ltd. is among the first to run with the Urban Redevelopment Agency’s draft blueprint for a makeover of Singapore’s landscape.

The company’s S$2.4 billion ($1.8 billion) Midtown project, a two-minute drive from City Hall, will have a 30-floor office tower, a 32-story apartment block and about 32,000 square feet of retail. The design of the condominium units will be unveiled next week.

Expect more such projects, as well as the redevelopment of as many as 20 office towers. The government wants old office buildings near the central bank and the stock exchange to make way for mixed-use properties.

The new structures will be allowed 25% to 30% higher development intensity, meaning their owners will have more space to sell or rent out.

The incentive could nudge City Developments Ltd. to tear down its old but centrally located Fuji Xerox Towers or City House, though as of last month’s earnings call CEO Sherman Kwek was yet to make a decision.

Globally, city managers are starting to consider whether core downtown areas have outlived their 20th-century purpose of offering high-quality offices in an attractive urban environment.

On those two criteria, Singapore is at or near the top of the league tables, ahead of London’s City and Canary Wharf, Marunouchi in Tokyo, New York’s Financial District, and La Defense in Paris, according to a 2017 study by Ernst & Young and the Urban Land Institute.

But when it comes to attracting and retaining talent – the No. 1 attraction of a business district, according to the property investors, developers and tenants in the EY-ULI survey – Singapore lags all its main rivals, except Tokyo and Hong Kong.

This is why the Asian city-state wants to re-purpose the downtown as “not only a place to work, but also a vibrant place to live and play in.”

The hope that there will be a constant flow of resident traffic on weekends – when the office area is otherwise deserted – is putting an extra zing even into shophouses, Singapore’s original mixed-use buildings built between the 1840s and the 1960s.

A row of six such conservation terraces, with tenants including an insurance firm, a bath-ware brand and a Middle Eastern restaurant, is currently on sale at an indicative value of about S$58 million, the Business Times reported Tuesday. Their selling point is the 3%-plus rental yield because of demand induced by the government’s urban master plan.

All this is good news for property owners, especially the real-estate investment trusts that Singaporeans favor for their steady payouts amid low yields on other investments. Retail and hospitality REITs have much to gain from the remaking of the central business district. 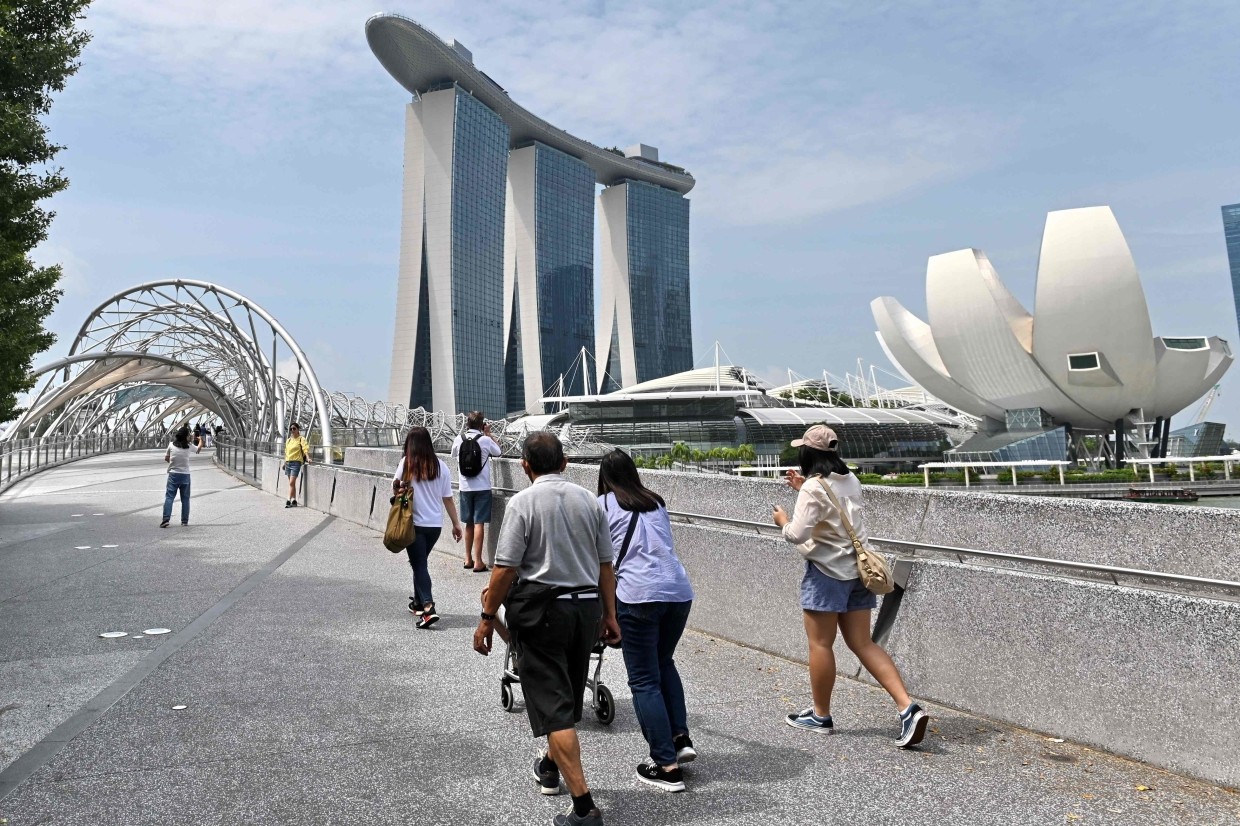 As I’ve written previously, new leases for CapitaLand Mall Trust, Singapore’s biggest shopping-center landlord, are strong only in suburban neighborhoods. There’s hardly any rental increase from three years ago in the marquee shopping districts of Orchard Road, Clarke Quay and Bugis, where GuocoLand’s Midtown project is coming up. Livening up the underused downtown won’t entirely protect physical retail from assault by e-commerce, but it can slow the decline of brick-and-mortar stores.

Singapore is just finishing four years of robust expansion of its retailing space, but the pipeline is thin. It should stay that way, given that the economy may not grow at all this year amid escalating U.S.-China trade tensions.

Global interest rates must also stay low. That way, REITs can refinance their debt cheaply enough to wring out returns even from tenants with a lower paying capacity – such as charging stations for electric taxis in mall basements.Ultimately, the newly created housing stock will need to be filled.

If the ongoing anti-government protests in Hong Kong intensify, Singapore may get a natural flow of new residents, though a 20% stamp duty on foreign buyers – introduced to tame speculative purchases – will make them more likely to rent than own.

A hawkish stance on immigration, amid a declining birth rate, implies that the population in 2030 will be significantly below the 6.9 million figure projected in a 2013 government white paper, which had sparked worries about overcrowding.

Any hint that Singapore is taking its feet off the brakes on immigration would make REIT investors ecstatic, though with a change in political leadership in the cards, no such bonus can be expected soon. For now, builders have to make more downtown apartments, hoping people will come.

This column does not necessarily reflect the opinion of the editorial board or Bloomberg LP and its owners.