The 76-year-old actor is survived by his actress wife, Tanny Tien Lie and their daughter, Faye.

The late actor started his acting career in 1965 under Shaw Bro-thers.

In 1966, he became famous because of his character in the martial arts film Come Drink With Me, co-starring Cheng Pei-Pei and the late Chan Hung-Lit.

In the 90s, Ngok and his family migrated to Vancouver, Canada, and only returned to Hong Kong in 2007 to act in a few TVB dramas. 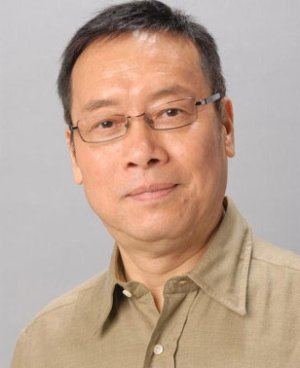 His last TVB drama was Captain of Destiny, which was filmed in 2015.

Ngok’s best friend Cheung Chi-Kok said his sister got a message from Tien on Sunday morning, informing her about Ngok’s passing.

“Ngok and my sister are very close and I’m also very close to his daughter. I feel very sad upon hearing the news,” Cheung said. – THE STAR

Veteran actor Elliot Ngok Wah (岳華) passed away on October 20, 2018 in Canada. He was 76 years old. He is survived by his wife, Tanny Tien Lie (恬妮), and their daughter, Faye. 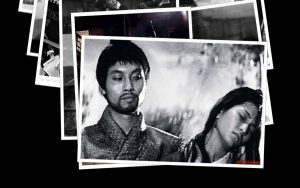 Born in 1942, the late veteran actor started his acting career in 1965 under Shaw Brothers. His shot to fame was the 1966 wuxia film Come Drink with Me <大醉俠>, costarring Cheng Pei-pei (鄭佩佩) and the late Chan Hung-lit (陳鴻烈). In 1975, Elliot Ngok married fellow actress Tanny Tien.

Elliot Ngok’s debut appearance on TV was in 1980, when he received the offer to star in two successful television dramas for the now defunct Rediffusion Television—Gone with the Wind <浮生六劫> and Fatherland <大地恩情>. In 1987, Elliot Ngok signed with TVB, and debuted his first TVB appearance with 1987’s The Seasons <季節>. He left Hong Kong for Vancouver, Canada in the 1990’s, but ultimately returned to Hong Kong and TVB in the late 2000’s. His best known works with TVB include 1988’s Looking Back in Anger <義不容情>, 2008’s The Gem of Life <珠光寶氣>, and 2009’s Rosy Business <巾幗梟雄>. His last TVB drama was 2015’s Captain of Destiny <張保仔>. 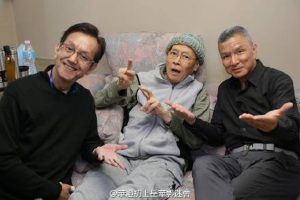 Returning to Canada in 2015, Elliot Ngok’s last interaction with the public was this past August, when his fan club shared a recent photo of him on social media. At the time, he was working on a show in Toronto. Looking much skinnier and fragile, his appearance alarmed many fans and netizens.

Two days before Elliot Ngok passed, he was admitted to the hospital. He passed away in the comfort of his wife and daughter.

Elliot’s good friend, Cheung Chi-kok (張之珏) said, “My younger sister received a text from Tanny, telling her that Wah Gor has passed away. Wah Gor and my sister are very close, and I am also very close to their daughter. I felt horrible after hearing the news. Last year, I originally wanted Wah Gor to star in my stage play… I am mourning. I am thinking of all the great times we’ve had together.”

Siu Yam-yam (邵音音) said, “He has been sick for a while. It’s the old age. This day is bound to come. He’s always volunteered and visited assisted living clinics to sing and perform for the residents. He gave them so much warmth and happiness.” -https://www.jaynestars.com/news/obituary-elliot-ngok-passes-away/